Mesut Ozil reveals he will stay at Arsenal next season despite tough time under Unai Emery: ‘Absolutely… I have two years left on my contract’

Mesut Ozil insists he wants to stay at Arsenal next season despite the club’s desire to cash in and get their top earner off the wage bill.

The German, who earns £350,000 a week, is one of many star players Arsenal will put up for sale this summer as they look to raise funds for manager Unai Emery to spend in the transfer market.

Ozil will return to the squad for Thursday night’s Europa League semi-final first leg against Valencia after missing Sunday’s defeat at Leicester. Although he does not want to leave the Emirates, he recognises that the decision is ultimately down to the club. 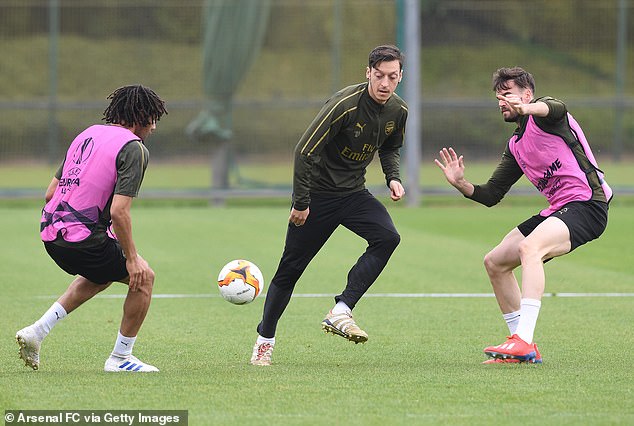 Asked if he wants to stay, Ozil said: ‘Absolutely. I’ve got two more years on my contract. I don’t know after that but I’ve got two years left. Yes (I am happy here). Why not? I’m 30 now, I’ve still got years in front of me. It’s down to the club as well of course.’

Ozil has been used sparingly by Emery this season, but, asked whether he has any issues with his manager, the World Cup winner replied: ‘Definitely not. There’s always speculation, everyone inside knew that our situation is positive.

‘It’s frustrating. I want to play in every game. Through injury I’ve missed games but that’s football. The coach makes decisions which means you may not start but you have to keep going.’

One player definitely leaving this summer is Aaron Ramsey, who is joining Juventus on a free transfer.

The 28-year-old midfielder, who has suffered a hamstring injury, confirmed on Thursday that he has played his last game for the club. ‘It saddens me to say that the game against Napoli was my last in an Arsenal shirt,’ he said in a post on Instagram. ‘I am really disappointed not to play until the end and give everything for the club. Unfortunately it’s out of my hands but I wanted to say thank you for your support. 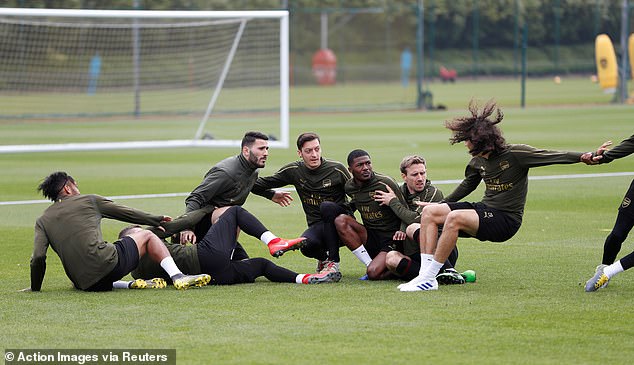 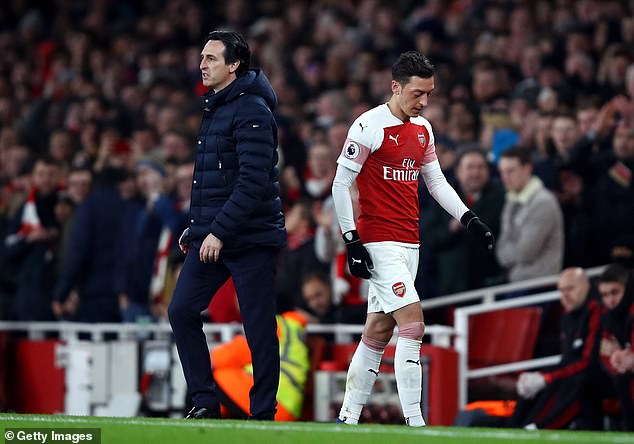 ‘It has been a journey, on and off the field. I was a spotty young kid coming in and I’m leaving a man, married, father of three boys and full of pride and good memories that I will treasure. It will be emotional this weekend — my last game at home. I look forward to seeing you there and…

Read More:Mesut Ozil reveals he will stay at Arsenal next season despite tough time under