Russia put in final preparations for what could be an historic game as they trained at the stunning St Petersburg Stadium on the eve of their second World Cup group game against Egypt.

The hosts could virtually guarantee their passage into the knockout stages with a win over the North African nation, which would give them six points from six after their demolition of Saudi Arabia.

And Stanislav Cherchesov’s side looked up to the challenge as they were put through their paces on the pitch of Tuesday’s venue, which is expected to be filled to its 64,287 capacity when the Group A match begins. 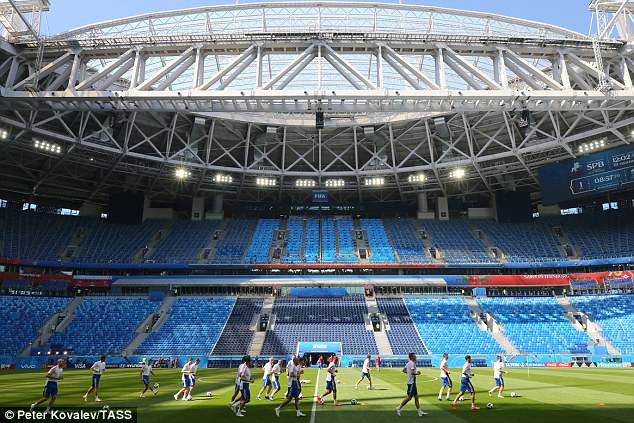 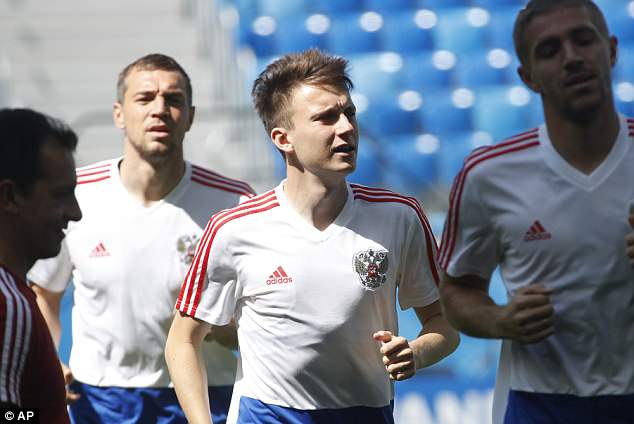 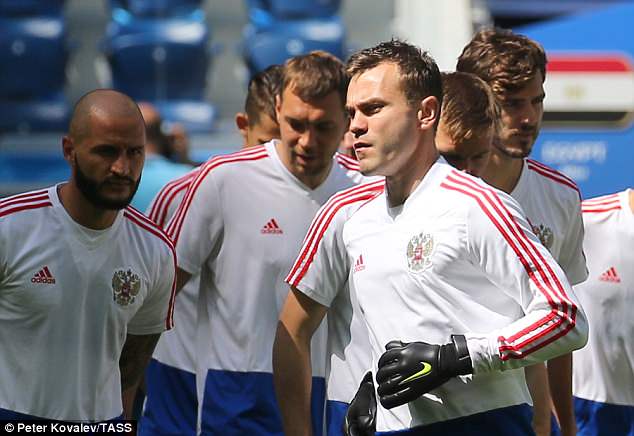 Russia dismissed Saudi Arabia 5-0 in the opening game of the tournament, but the lopsided victory failed to show if the team is actually good enough to succeed in international competition. The Saudi team didn’t put up much of a fight, so any questions about Russia’s readiness were left unanswered.

Either way, the Russian team understand that one victory from its next two Group A matches can put the team in the knockout round. A win over Egypt in St Petersburg on Tuesday, coupled with an Uruguay victory over Saudi Arabia on Wednesday, would be enough for Russia to advance.

Egypt know it is in a must-win situation following a 1-0 loss to Uruguay. Mohamed Salah, nursing a shoulder injury, did not play. 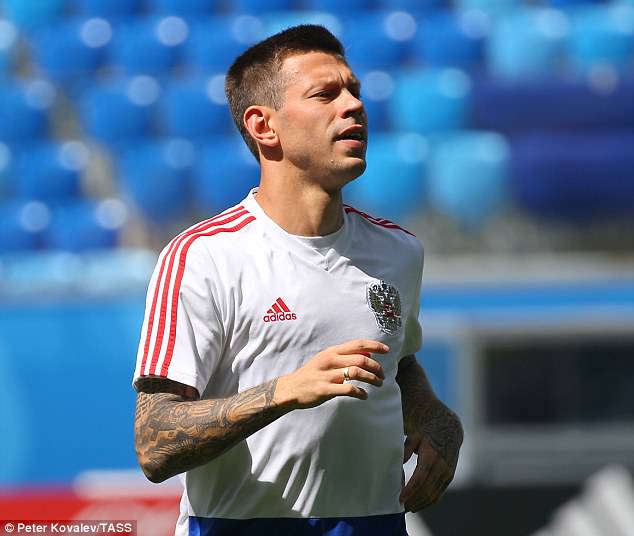 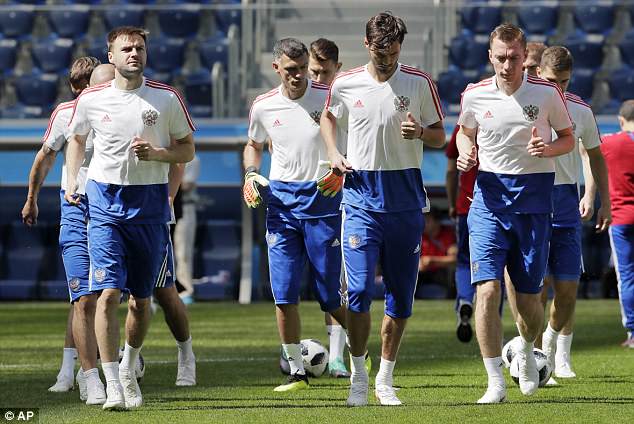 The decision not to use him could have centered on protecting him from the physical Uruguayans, but with the tournament on the line, the Liverpool star will almost certainly play.

He has scored 33 goals in 57 appearances for Egypt and was their top scorer in World Cup qualifying, sealing their place in Russia with a stoppage-time penalty against Congo that sparked wild celebrations in the country.

‘Of course he stands out, but obviously we’re not up against a single player,’ Russia coach Stanislav Cherchesov said. ‘I believe in my players. We are ready to do this and we will do this.’ 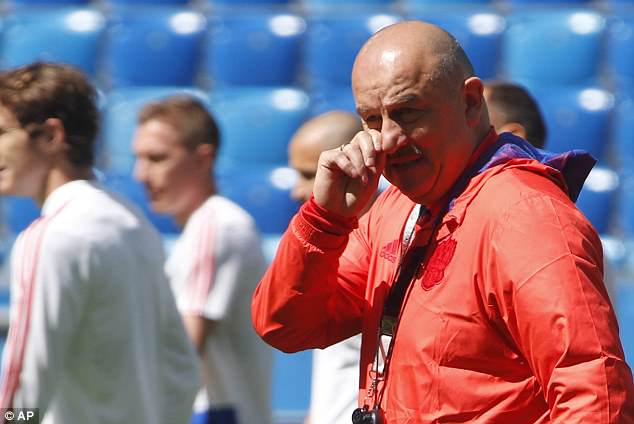