Sergio Reguilon passnotes: Who is the defender that has been named as LaLiga’s


No one will be doubting why some of Europe’s biggest clubs are chasing Real Madrid full-back Sergio Reguilon this summer following his scintillating solo goal in the Europa League on Thursday.

The likes of Chelsea and Everton have been touted to make a move for the 23-year-old, who has caught the eye of scouts after impressing during his loan spell with Sevilla this campaign.

He was widely voted as the best left back in LaLiga for his season-long stint and Reguilon’s consistency in both defence and attack also helped the Andalusian club secure Champions League football.

Reguilon may find himself featuring regularly in that competition in the future should he be enticed by a move to the Premier League – and here, Sportsmail takes a closer look at the man in demand. 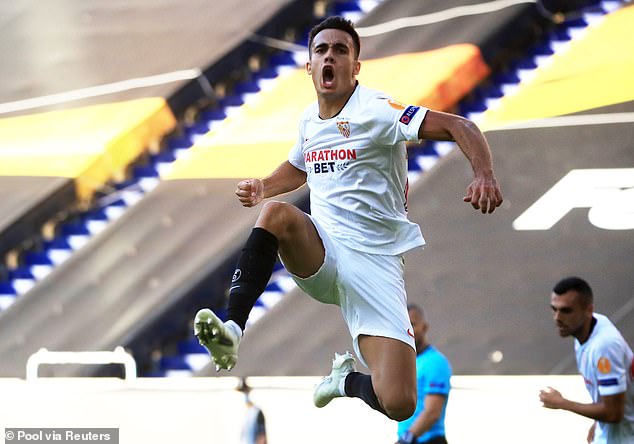 Another product of Real Madrid’s esteemed youth academy, Reguilon is a talented and dynamic full-back. The 23-year-old has rightly earned plenty of praise for his impressive loan stint with Sevilla this season, having been forced to wait for first-team opportunities to arise at the Bernabeu.

Reguilon joined the youth system at Real as an eight-year-old, where he spent 10 years progressing through its various levels and age groups. When he reached 18, the starlet was sent out on his first loan move to Segunda Division B club UD Logrones.

He was sparingly fielded for the third tier outfit, and returned to his parent team just a few months later. A year later, however, Reguilon was once again shipped out to Logrones. He quickly became a regular starter and even netted eight goals during the campaign. 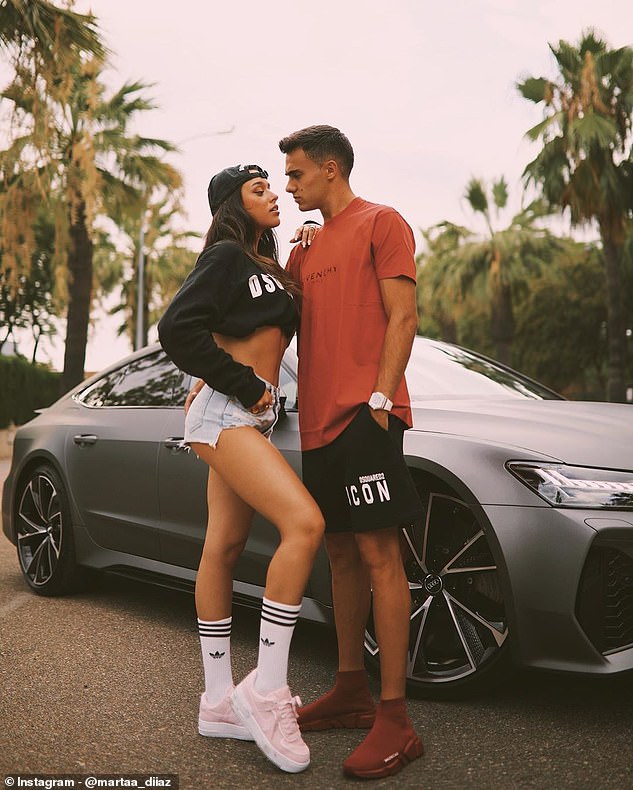 Reguilon, pictured with partner Marta Diaz, joined Real at the age of eight and progressed up 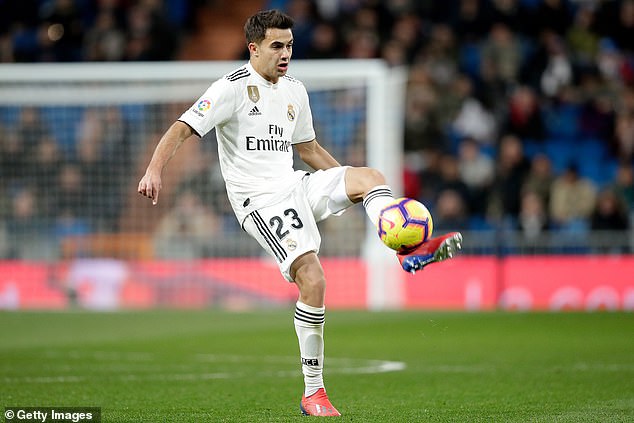 After being recalled to Castilla at the end of the loan, Reguilon became the preferred left back under Santiago Solari – who would later become the first team’s manager. Julen Lopetegui, who was in charge at the time, duly promoted the talent into the senior set up.

His professional debut for Real came in October 2018, although it ended in a 1-0 defeat at CSKA Moscow in the Champions League. Reguilon was then handed his maiden league appearance against Real Valladolid the next month.

The player also appears fully focused on representing Real for the foreseeable future.

When asked whether he believes he can fight to become a regular performer with the newly crowned LaLiga champions, Reguilon said: ‘Yes, of course. I want to, and I am very excited to continue defending the club of my life.

‘I live in Madrid, I have everything here at Madrid and I don’t have my mind set anywhere else other than wearing the white shirt [next season].’

Everton have reportedly already submitted an £18million offer for Reguilon, but Chelsea are also likely to rival them for his signature.

Read More:Sergio Reguilon passnotes: Who is the defender that has been named as LaLiga’s