The Azzurri launched their Euro 2020 qualifying campaign with victory thanks to Nicolo Barella and Kean, who scored their first goals for their country in either half at the Friuli Stadium in Udine.

Mancini was rewarded for turning to youth as Cagliari midfielder Barella, 22, and Juventus forward Kean, 19, ensured Italy scored more than one goal in a competitive game for the first time in almost two years. 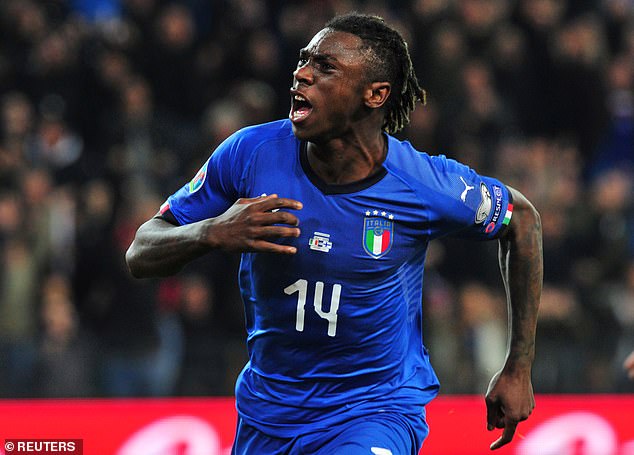 ‘Kean has quality, enormous potential and it all depends on him,’ said Mancini, who also handed late teenage substitute Nicolo Zaniolo, of Roma, his senior debut.

‘It’s not difficult to see talent in Kean and Nicolo Zaniolo, so it’s not a risk to pick them.

‘It wasn’t easy, as Finland clammed up straight away with five defenders, so it was difficult to break them down,’ Mancini said.

‘We made a few mistakes early on, but did far better in the second half and created many more scoring opportunities.’ 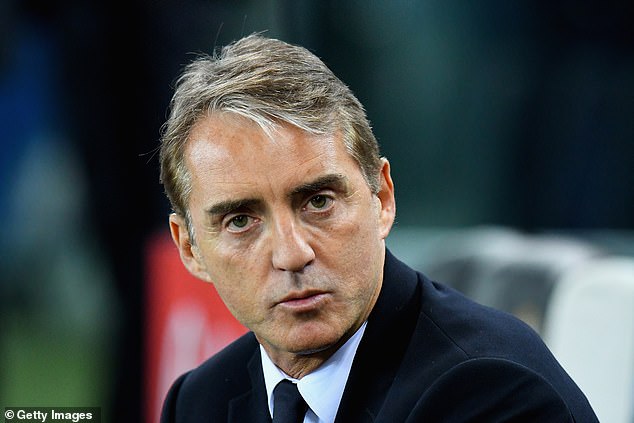 Mancini backed Ciro Immobile to end his goal drought as the Lazio striker has now failed to score in his last 10 appearances for Italy.

Immobile did lay on an assist for Kean though and Mancini added: ‘When a striker seeks the goal, it doesn’t arrive, but it will happen.

‘It wasn’t easy for Immobile, as he always has five or six players surrounding him. If anything, we should have spread the play better to create spaces.’ 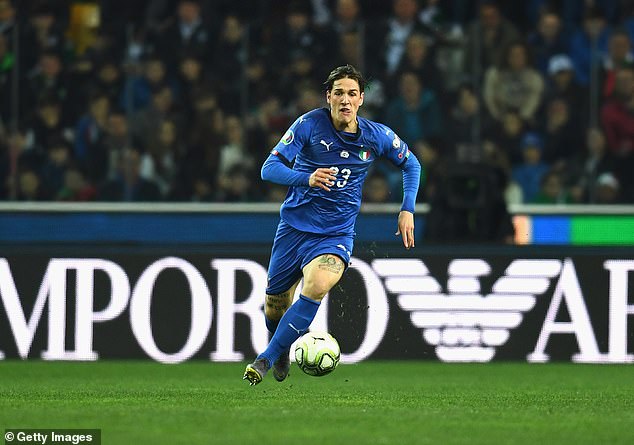 Finland coach Markku Kanerva was impressed by Italy, but does not think Mancini’s side will have it all their own way in the group.

‘Italy are certainly the strongest team in the group, but Greece and Bosnia can also have a say,’ Kanerva was quoted on UEFA.com.

‘Obviously, I’m disappointed with the result. It’s a pity, especially for the first goal, because it came through a deflection.’

‘We came close to equalising…

Spain vs Norway and Italy vs Finland – Euro 2020 qualifiers Live