Antonio lost 2-0 to the defender on Friday night in a West Ham vs Spurs game which took place on the same day as the postponed Premier League fixture between the two sides.

First-half goals from Giovani Lo Celso and Lucas Moura gave Tottenham a comfortable victory and loser Antonio took to Instagram to reveal that he had accepted his punishment in defeat by wearing the opposition jersey. 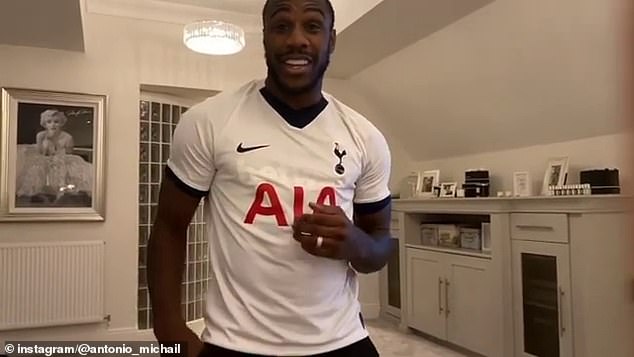 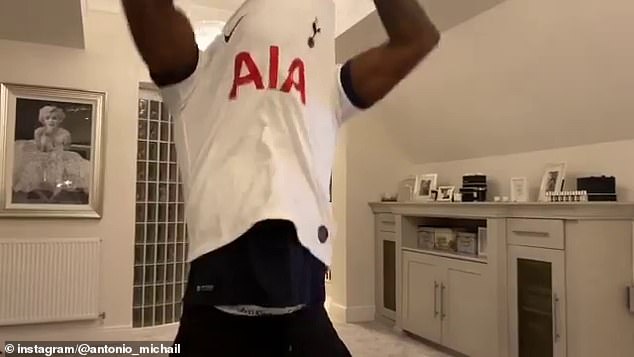 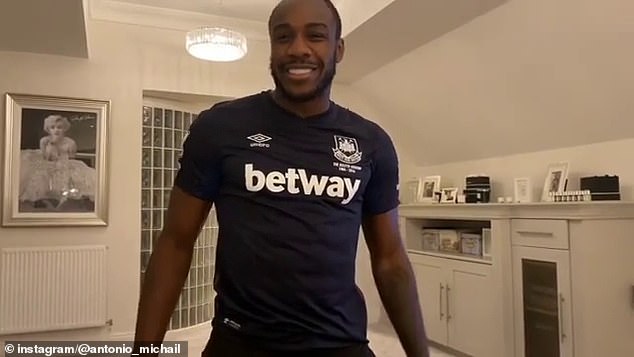 In his defiance against the forfeit, Antonio managed to appease Hammers fans slightly by saying: ‘I’m a man of my word, so I’m wearing the [Spurs] kit. But I didn’t say I would let it touch my skin!’

The Englishman then ripped the Spurs shirt off to reveal a West Ham away shirt underneath, thereby rescuing a bit of pride following his shameful defeat.

The Hammers forward captioned the video by saying: ‘A bet is a bet @RyanSessegnon. Can’t take another loss like that, dunno whether I should step away from the controller or not? #COYI’

Antonio then gave his excuses for losing to Sessegnon, tweeting: ‘ABSOLUTELY GUTTED! Was embarrassing out there today and I’m way better than that.

‘The passing was off, shooting was bad and couldn’t tackle. I think it’s clear what happened………… my controller must have been broken. I’LL BE BACK.’

The Antonio vs Sessegnon ‘derby’ is one of many FIFA 2020 matches being played by footballers whilst the Premier League is suspended due to the coronavirus outbreak.