World Cup 2018: How to watch Tuesday’s matches in the USA


The United States might have missed qualifying for the 2018 World Cup currently underway in Russia, but that doesn’t mean that U.S. fans can’t catch all the action.

After getting off to an exciting start that included several shocking upset wins and draws, the World Cup’s excitement will continue into Tuesday, June 19 with a trio of interesting matchups to watch.

Here’s all you need to know about the upcoming matches, how to watch them and what the current World Cup standings are. 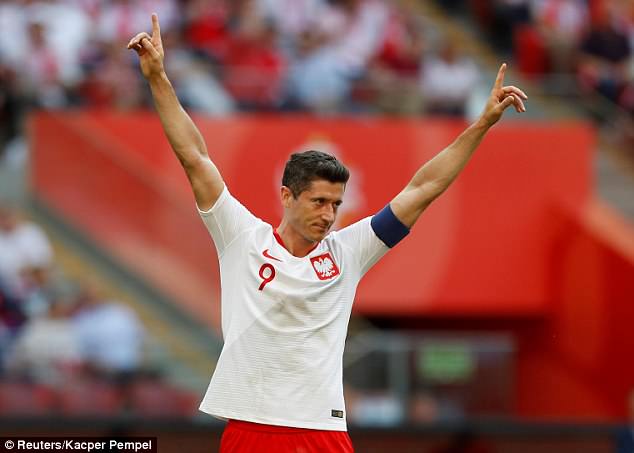 Colombia is looking to repeat their strong showing from the 2014 World Cup, in which they over-performed against expectations and made it to the quarterfinals against Brazil. The team’s 2018 World Cup campaign is stacked with top talent that’s garnered much experience playing for many of Europe’s top football clubs over the years, punctuated by Radamel Falcao and James Rodriguez.

Japan, on the other hand, is clearly the underdog against Colombia. The team has struggled against their upcoming rival, only managing a draw and two losses in their previous matches against them. The team, anchored by Keisuke Honda and Shinji Kagawa, will need to give its all against Colombia on Tuesday if they hope to win.

Poland is clearly the favorite in the upcoming match. Led by Bayern Munich star Robert Lewandowski, the team has excellent offensive firepower thanks to their captain and are eager to prove themselves on the world stage.

Underdogs Senegal clearly have their work cut out for them. Still, the team has plenty to feel confident about ahead of the match, being led by the experienced Aliou Cisse and boasting stars like Liverpool player Sadio Mane, Everton’s Idrassa Gueye and Diao Balde Keita from Monaco.

After demolishing opponent Saudi Arabia in the opening match, Russia are thought to possibly have an edge in their next bout against Egypt, boasting not only home pitch advantage but also a strong defense anchored by Sergei Ignashevich. Another win would put the host nation in a commanding position as the knockout round inevitably approaches.

All eyes, however, are on Mo Salah ahead of the match. The Liverpool star, recovering from a shoulder injury he received during last month’s Champions League final against Real Madrid, went unused in his team’s opening match against Uruguay. Slated to return in the upcoming match, Salah will likely post a serious threat to the Russians, making a draw or even win quite possible against the host nation.

If not fully recovered, however, Russia will likely continue its excellent start to the tournament and cast aside Egypt much as did to Saudi Arabia in the opening match.

The games can be seen on Fox for English language broadcasts and in Spanish on Telemundo.

In addition, matches can be…

Read More:World Cup 2018: How to watch Tuesday’s matches in the USA

Euro 2016: Martin Keown’s verdict on every group and team in France