Euro 2016 training bases: The luxurious hotels and pitches across France


France is hosting the European Championship this summer where stars such as Wayne Rooney, Cristiano Ronaldo and Zlatan Ibrahimovic will be hoping to get their hands on the coveted trophy.

In their quest for glory, the 24 teams competing for the right to be named champions of Europe will need to be on top form when the group stages begin on June 10.

But away from their matches, the stars will kick back at luxurious resorts up and down the country while also being put through their paces at state-of-the-art facilities no more than 20 minutes from their hotel.

Here, Sportsmail take an in-depth look at the picturesque hotels and training grounds where the Euro 2016 teams will be based. 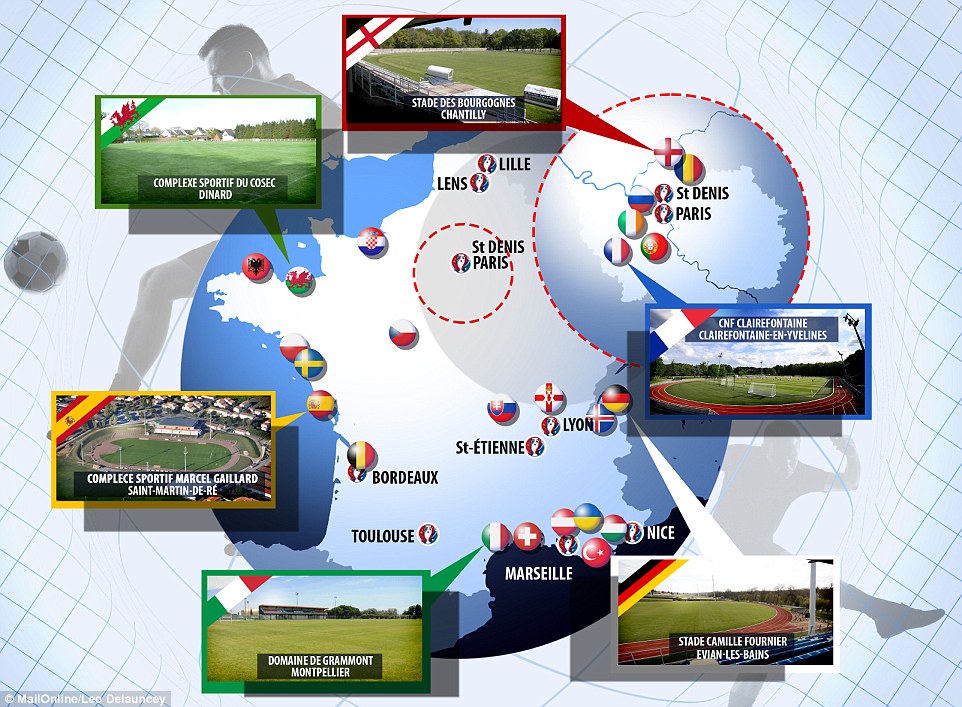 The Albanian Football Association have chosen the five-star Hotel Agapa in Perros Guirec, north-west of France, as the place where their national team will be accommodated during the finals of the European Championship.

Gianni De Biasi’s side – who are in Group A along with hosts France, Romania and Switzerland – will relax at the elegant hotel during their time competing in the tournament.

The hotel boasts at least 45 rooms including two superior rooms with one accompanied by a terrace. When they are put through their paces on the training pitch, the Albania national team will do so at the Stade Jean-Yves Le Jannou. 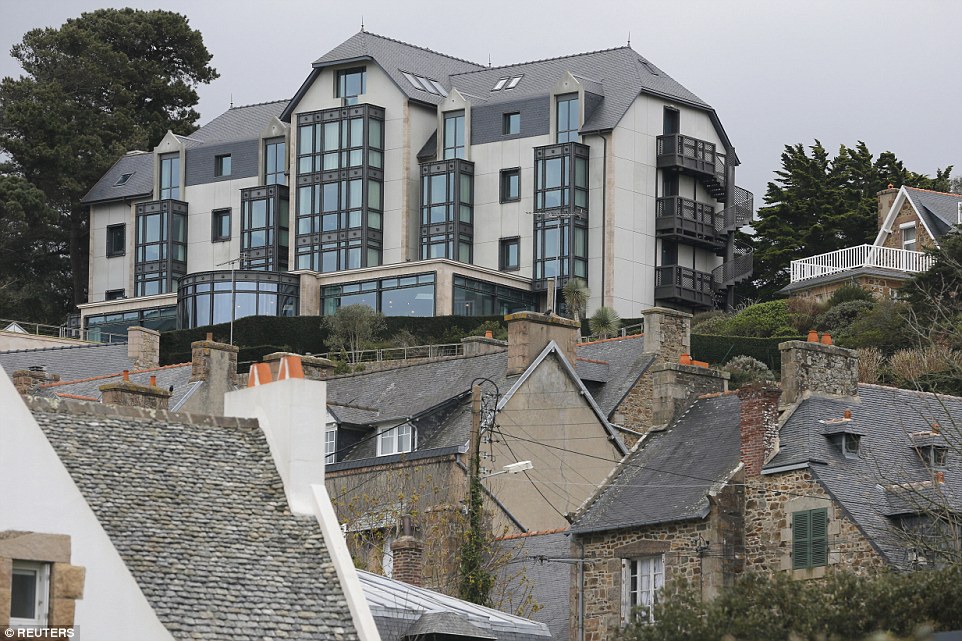 Albanian Football Association have chosen the five-star Hotel Agapa in Perros Guirec, north-west of France, as their accommodation 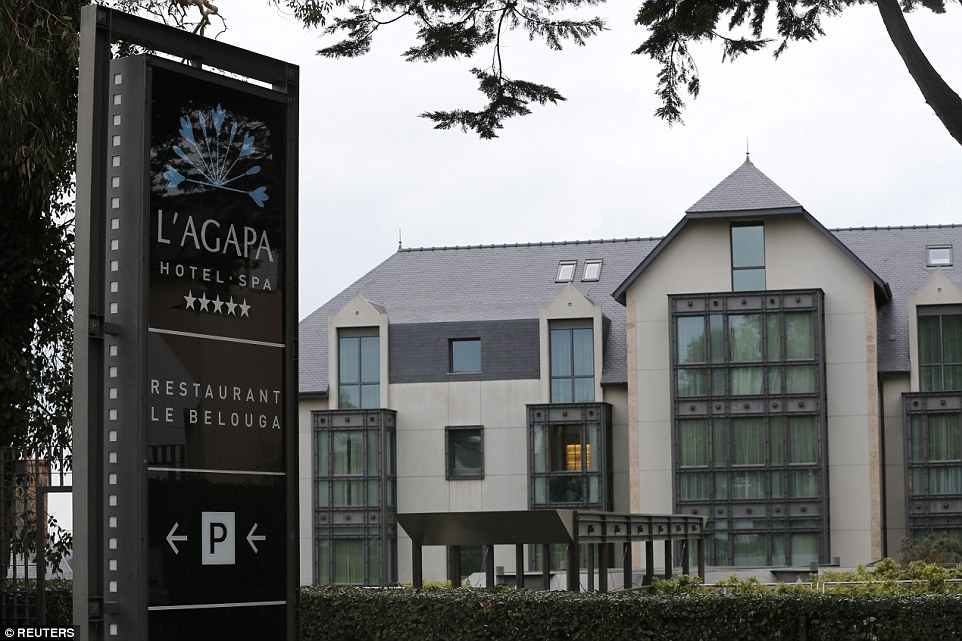 The hotel, which will be used by Albania, boasts at least 45 rooms including two superior rooms with one accompanied by a terrace

Austria – who will face Iceland, Portugal and Hungary in Group F – will be staying at the ideally situated Le Moulin des Vernegues in Mallemort. Boasting 97 rooms with high-quality facilities, guests are treated to beautiful surroundings which includes fantastic views of the golf course.

The hotel is situated between Aix-en-Provence and Avignon and has experience of welcoming teams in the build-up to a tournament, having hosted the France team at the 1998 World Cup.

Stade Municipal, the sport complex, is located five minutes from the centre of Mallemort village and offers a main pitch with natural turf and a 500-seater covered stand.

A general view of a bedroom which will be…