Mark Hateley’s boy Tom on ‘doing a Leicester’ in Poland

Provincial club Piast Gliwice are two games away from ‘doing a Leicester City’ and winning the league for the first time in their history. 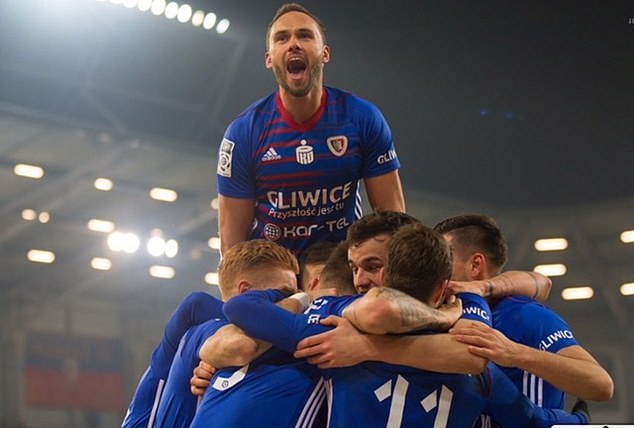 It’s a second spell in Poland for Hateley, who interspersed two years with Slask Wroclaw by playing for Motherwell, Tranmere and Dundee.

He joined Gliwice in 2018, a town in southern Poland whose previous sporting claim to fame was being the birthplace of World Cup winner Lukas Podolski before he moved to Germany aged two.

Gliwice’s stadium holds only 10,000 but improbably they are top of the Ekstraklasa a point ahead of Legia Warsaw going into the final week of the season.

Victories away to Pogon Szczecin on Wednesday and Lech Poznan on Sunday will clinch a historic title.

‘It is similar to the Leicester story,’ says Hateley. ‘We’ve got a mid-sized budget for the Polish League and struggled last year.

‘But since we came back from winter break, we’ve won 12 out of 15. When we beat Legia in Warsaw, everyone started to believe we could do it. 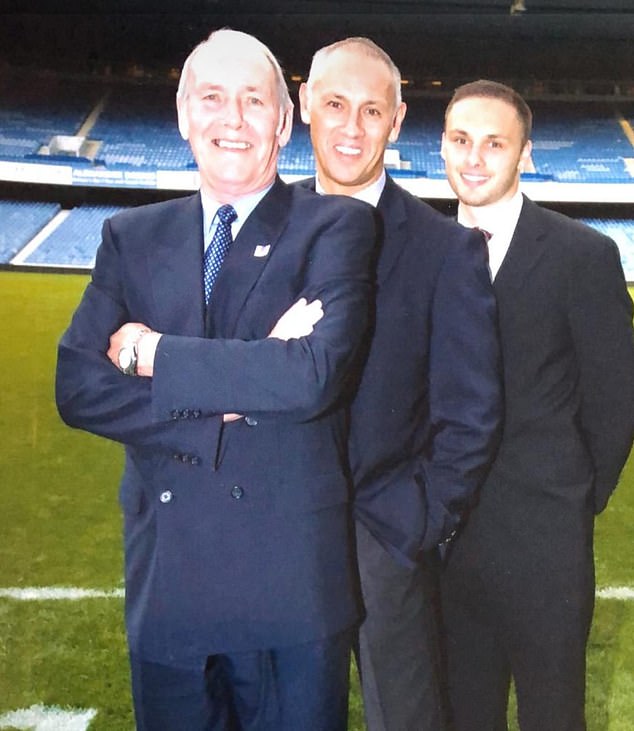 Hateley (right) with his father Mark, who was a striker for England, and his dad Tony 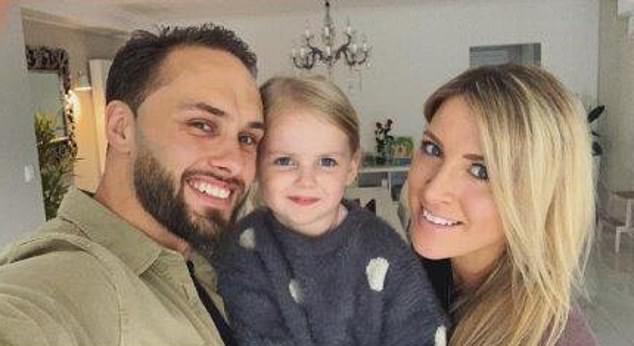 Tom, pictured with his wife Hannah and daughter Eloise, is at the centre of a remarkable story

‘The coach Waldemar Fornalik used to be Poland’s manager, he is very tactical, no stone is left unturned. And the squad is a good balance between Polish and overseas players.

‘We’ve got guys from Serbia, Spain, Slovenia, Denmark. We’ve got a forward from Ecuador, Joel Valencia, who has been nominated as the league’s player of the year.

‘The chemistry is good, we often all go out to dinner together, and on the pitch the greater the confidence, the more risks you take with the ball that can pay off.

‘The atmosphere in Polish grounds is lively, a bit more intimidating than in England or Scotland with the Ultras and pyro shows.

‘But we’ve got a reputation as a family club. Sunday is already sold out.’