Russia‘s scrutiny of Mohamed Salah has known no limits over the past 48 hours.

The Sport Express paper on Monday devoted substantial space to an image of the Egyptian putting on a T-shirt last Friday, concluding that it had taken three team-mates to help him do so and that he is not as ready to face the hosts as his manager Hector Cuper would like the world to believe.

The long-range Russian camera lenses also captured a game of handball the Egyptians undertook before training a week ago. 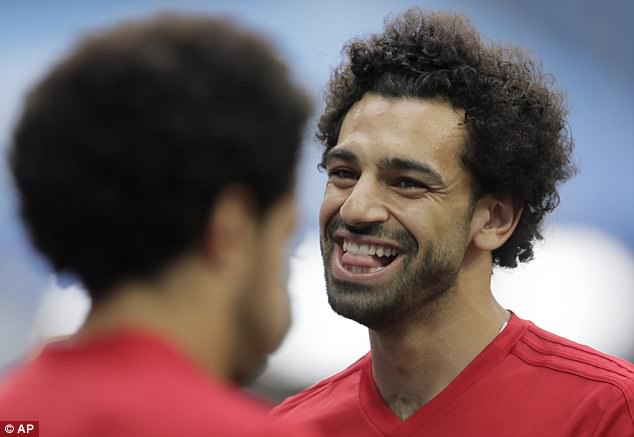 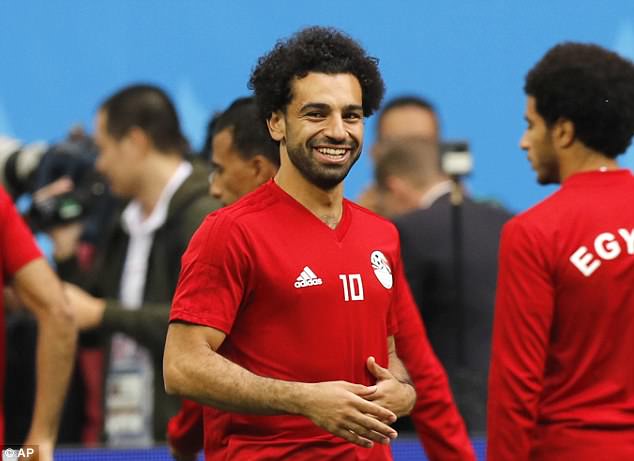 Salah participated and caught the ball with his left hand, suggesting the World Cup’s most discussed shoulder may be serviceable. But the Russians who witnessed the game insist Salah was ‘aloof’ and did not participate fully — giving encouragement as the hosts seek the win here against Egypt which would be their ticket to the group stage.

Suspicious about Cuper’s claim that Salah, who was rested for the opening game against Uruguay, will play, Russian reporters have pursued the opposition team’s general manager Ihab Leheta. He gave a less emphatic answer about the man in question. ‘We can not answer this question now. But Salah is OK,’ he said.

The host nation’s manager Stanislav Cherchesov insists all will be well, even if Salah does play. ‘We are studying Egypt and we should be able to exploit their weaknesses,’ said Cherchesov said on Monday. ‘I have a simple answer: We are ready to stop Salah and we will do this.’

It is hard to overstate how utterly transformed the national mood has been since the delirium of the 5-0 win over Saudi Arabia.

Pessimism prevailed beforehand, yet everyone wants a flavour of the tournament amid the early buoyancy.

The National Public Broadcasting Company of Ukraine is screening the World Cup, despite the fact that the host nation has annexed Crimea, which was governed from Kiev. And the Tass news agency has reported that an otter from Socho Zoo — ‘Harry’ — predicted last week’s opening win by selecting a ball with a Russian flag draped across it. 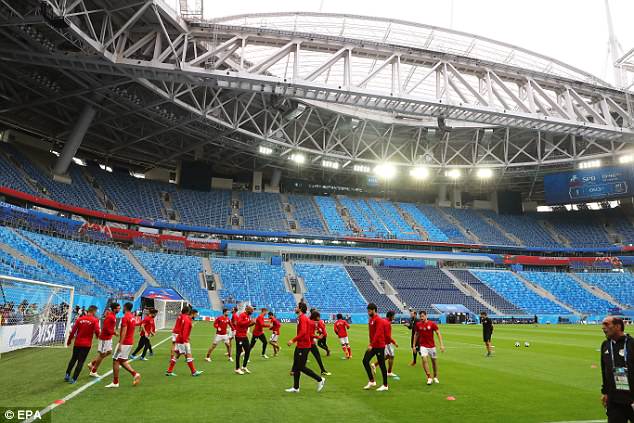 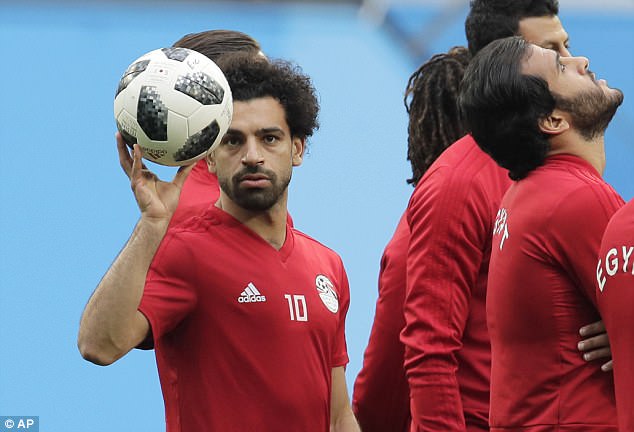 Russia manager Stanislav Cherchesov has said: ‘We are ready to stop Salah and we will do this’

The otter in question has backed up his bold first call by indicating that Egypt will be beaten, too, although it has not passed without attention that a piglet, Boris, suggests the game might be drawn.

That would also probably be fine for the Russians since their goal difference is overwhelming. The hosts look and sound like a group reborn by their win in Moscow.

‘Nothing should stand between us and beautiful football,’ said veteran goalkeeper and captain Igor Akinfeev. ‘A good mood brings good results. We’re joking with each other. We…

Euro 2016 training bases: The luxurious hotels and pitches across France