Mohamed Salah is set to make his World Cup debut for Egypt against Russia in their Group A game on Tuesday.

The Liverpool forward, who scored 44 goals last season, sat out his country’s 1-0 defeat to Uruguay on Friday despite his coach Hector Cuper declaring him ‘almost 100 per cent fit’ to play after injuring his shoulder in the Champions League final defeat to Real Madrid.

Salah, who turned 26 on Friday, trained with his team-mates on Saturday ahead of their crunch game with the hosts who started their World Cup by beating Saudi Arabia 5-0. 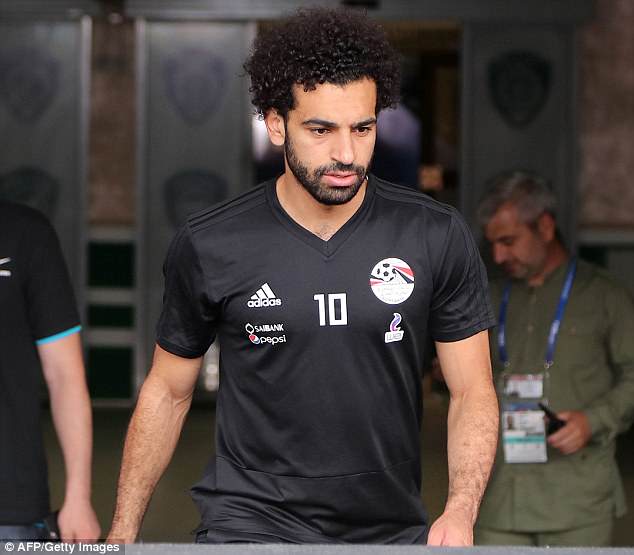 The player’s agent Ramy Abbas Issa let the world know Salah was ready to feature against the Russians by tweeting: ‘Mohamed is fit.’

The official FIFA Egypt Twitter account confirmed Salah’s return to full fitness when they tweeted on Saturday: ‘Salah participated in training with his team-mates for the entire session and he is ready to play against Russia according to technical staff.

Egypt need to take at least a point against Russia to keep their hopes of reaching the knock-out stages alive.