Napoli needed a late goal from Lorenzo Insigne to prevent Carlo Ancelotti’s side from suffering back-to-back Serie A defeats after they salvaged a 1-1 draw at Sassuolo.

Napoli, who were reduced to 10 men before falling to a 2-1 home defeat to leaders Juventus last week, found themselves behind after Domenico Berardi smashed home from close range in the 52nd minute.

Sassuolo looked on course for their first win in six matches, and only their second triumph in 12 Serie A games, but Italy international Insigne rescued a point for Napoli with a fine finish four minutes from time to tighten their grip on second place. 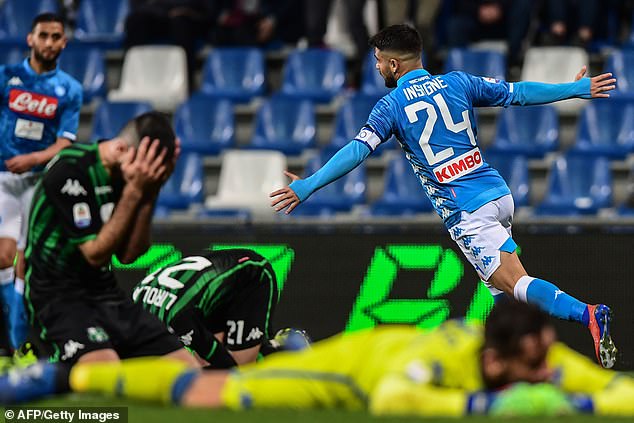 Inter Milan strengthened their hold on fourth thanks to a 2-0 victory over SPAL at San Siro as they recorded their first win in three league matches to leave their opponents without success from their last six.

Sassuolo loanee Matteo Politano picked out the bottom corner with his sixth goal of the season midway through the second half and Roberto Gagliardini added a second with 12 minutes remaining for Luciano Spalletti’s men. 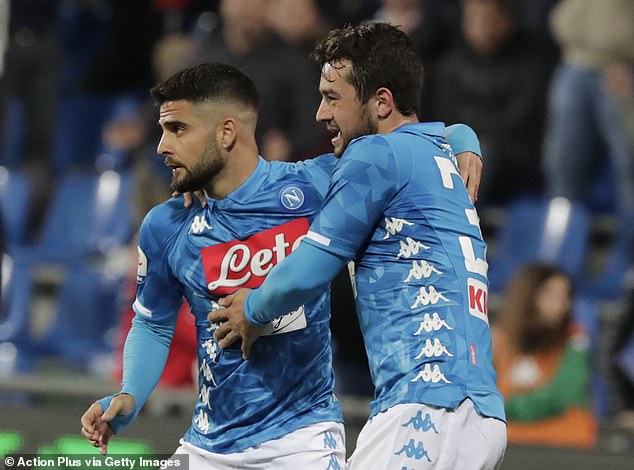 Luca Paganini netted a close-range header to hand the Serie A strugglers a shock lead just before half-time, while Belotti headed the visitors level 12 minutes after the break and fired home the winner after 77 minutes to move Torino up to sixth on 44 points.

Duvan Zapata, on loan from Sampdoria, was on target against his parent club as Atalanta claimed a narrow 2-1 victory to move up to seventh but level on points with Roma and Torino, who sit in fifth and sixth respectively.

Zapata broke the deadlock five minutes after the break, only for striker Fabio Quagliarella to level matters with a 67th-minute penalty for Sampdoria before Robin Gosens slotted home the winner 10 minutes later.

Lazio could not make it four teams on 44 points as they were held to a 1-1 draw at Fiorentina. 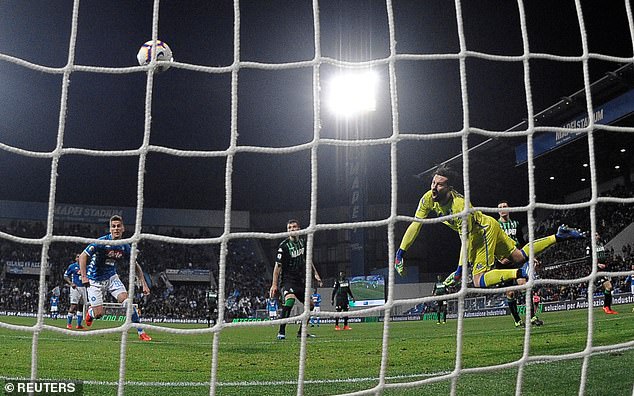 Sassuolo were on course for their first win in six, and only their second triumph in 12 games

Ciro Immobile opened the scoring for Lazio in the 23rd minute with a fine finish for his 17th goal of the season, but Luis Muriel equalised just after the hour-mark as the visitors remained eighth in the…

Barcelona legend Xavi retires from football after a stunning career