The Liverpool forward was left on the bench during the Pharaohs’ 1-0 defeat by Uruguay in Ekaterinburg on Friday as he continues to recover from the shoulder injury he suffered in the Champions League final last month.

In quotes reported on fifa.com, Cuper said: ‘Mo Salah is an extremely important player for us, nobody can deny that, but you need to have a good team, and we have a good team. 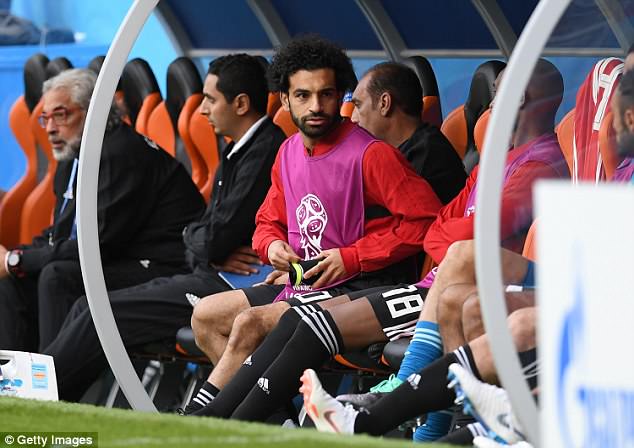 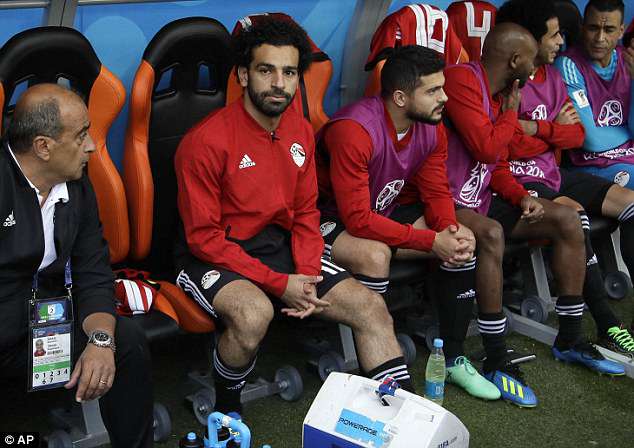 ‘Perhaps if Mo had been on the pitch today the outcome would have been different but we can’t know that. Certainly he has contributed a great amount to the team and will contribute in future matches.

‘We wanted to avoid any risks in this match, but I think he will be fine for the next game.’

Egypt were playing their first World Cup match since 1990 and looked set to pull off a notable result only for Jose Gimenez to head the winner from a late free-kick.

It was especially tough on Egypt goalkeeper Mohamed El Shenawy, who produced two good saves from Luis Suarez and one from Edinson Cavani before he was finally beaten. 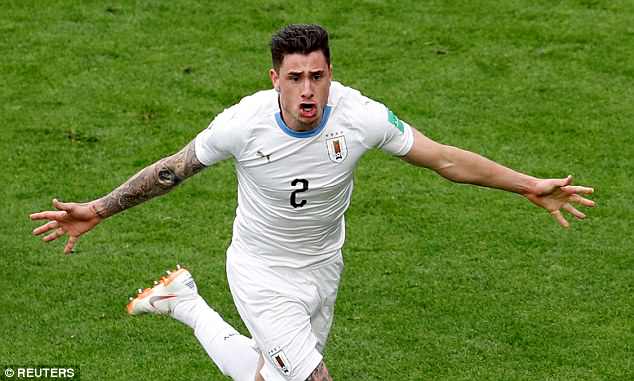 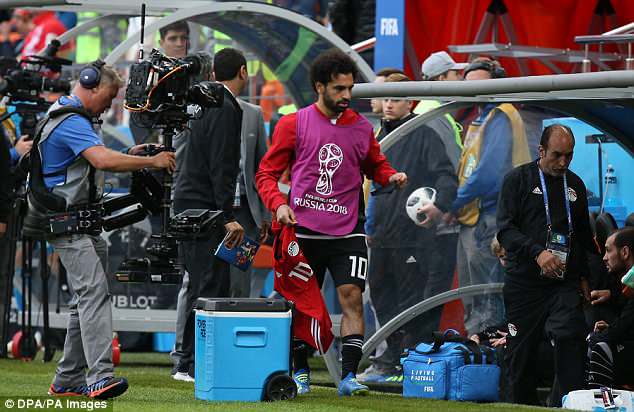 El Shenawy said: ‘I would like to thank all the players and the team, they have played in an excellent manner, they have given their best efforts and they have implemented all Mr Hector Cuper’s instructions.

‘Even though we did not win, we hope we will have better results in the future.’

Uruguay were disappointing and the relief was evident when Jimenez headed home Carlos Sanchez’s free-kick as the match moved towards the 90th minute.

Manager Oscar Tabarez said: ‘I believe some of the players didn’t play as well as they normally can but this is football and I’m sure, knowing all these footballers as we do, the tiny issues will be fine-tuned and we really hope to progress further in this competition.

‘We either die or we kill. We have to fight as much as we can. The experience today will help us grow, but we can’t make too much of it.’

On Salah’s absence, he added: ‘If Mo Salah had been on the pitch, I’m sure Egypt would have benefited. But we had matches in qualifying without Suarez and Cavani, and that’s just how it is.’

Euro 2016 fixtures, groups, teams, schedule and venues: All the European