Those connected with Italian football have paid their respects towards Davide Astori one year on from his sudden and tragic death.

The former Fiorentina captain died of a cardiac arrest during his sleep on March 4, 2018 – just hours ahead of their Serie A clash with Udinese last season.

And one year on, the former Italy international central defender hasn’t been forgotten by the Viola, their rivals and greats of Italian football. 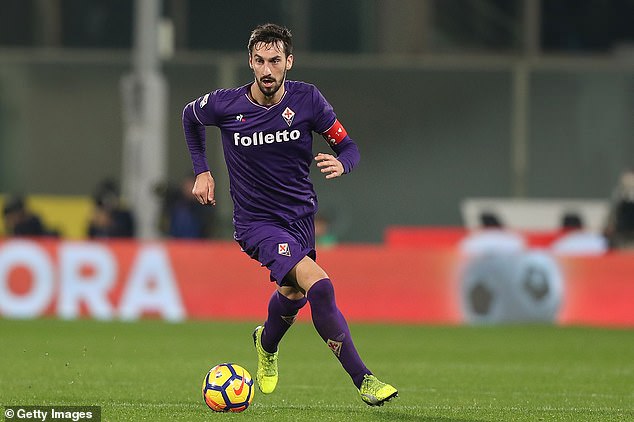 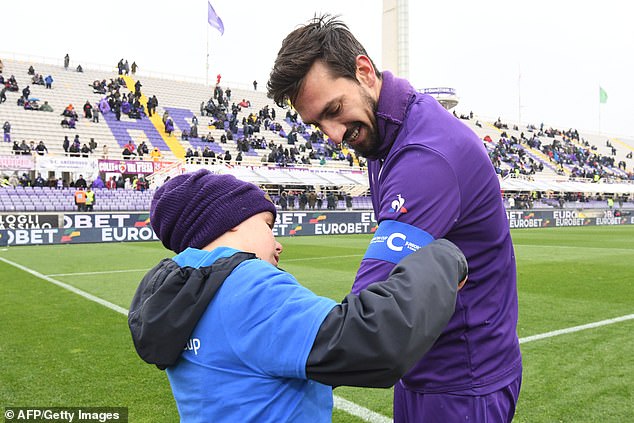 The then-Fiorentina captain died of a cardiac arrest in his sleep on March 4, 2018 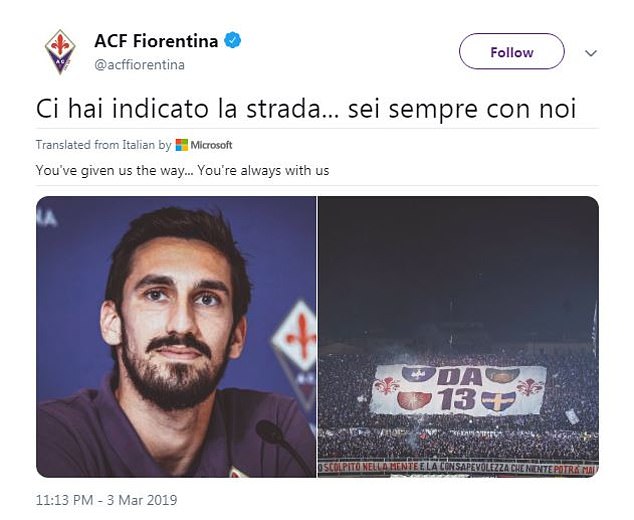 Fiorentina tweeted about Astori: ‘You have shown us the way … you are always with us’

Fiorentina uploaded a tweet on which read: ‘You have shown us the way… you are always with us.’

The tweet which was posted on Sunday night, ahead of the anniversary, was accompanied with a picture of Astori and Fiorentina fans holding a banner in tribute to him.

Fiorentina’s Serie A rivals Roma also paid tribute to Astori – who spent a season on loan with the club during the 2014-15 campaign.

‘Davide Astori, always in our hearts #DA13,’ they wrote with the tweet accompanied by a loveheart and a cartoon drawing of him playing for the club.

Astori, who would have turned 32 in January, started his career at AC Milan – coming through the ranks at the illustrious club. And on Monday they paid homage by writing: ‘Davide Astori passed away one year ago today, leaving a void in all our hearts #DA13.’ 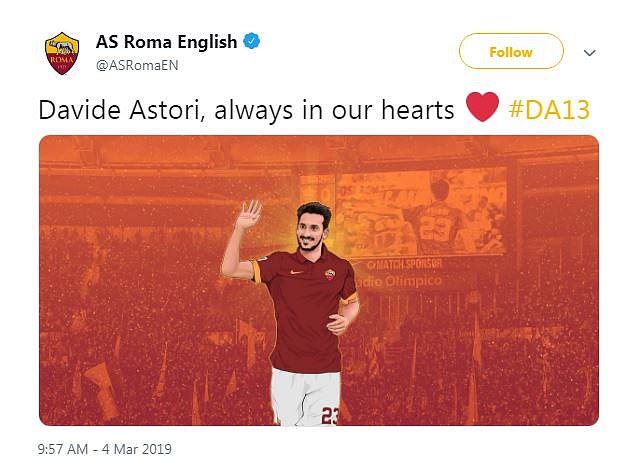 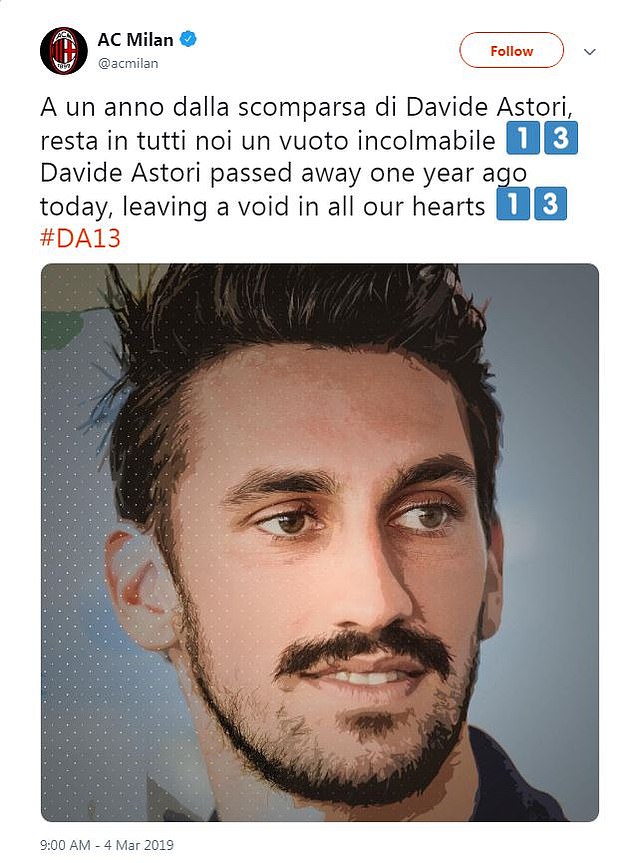 Paris Saint-Germain goalkeeper Gianluigi Buffon grew close with Astori during their time together in the Italy squad and he took to Instagram to pay tribute to his deceased friend.

‘#Davide has always been a breath of clean and fresh air,’ he wrote alongside a throwback picture of the pair.

Every Serie A match this weekend was interrupted in the 13th minute to remember Fiorentina captain Astori ahead of Monday’s first anniversary. The defender used to wear the No 13 shirt. 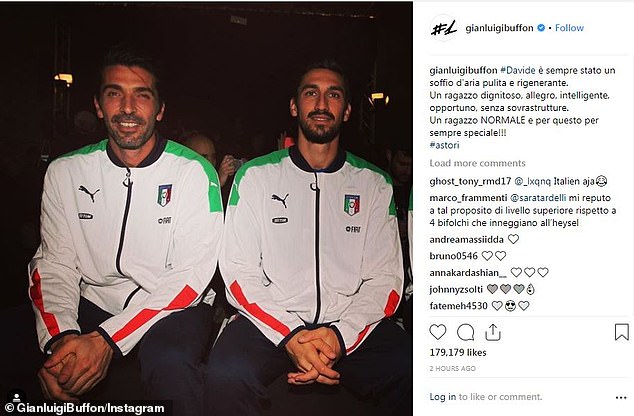 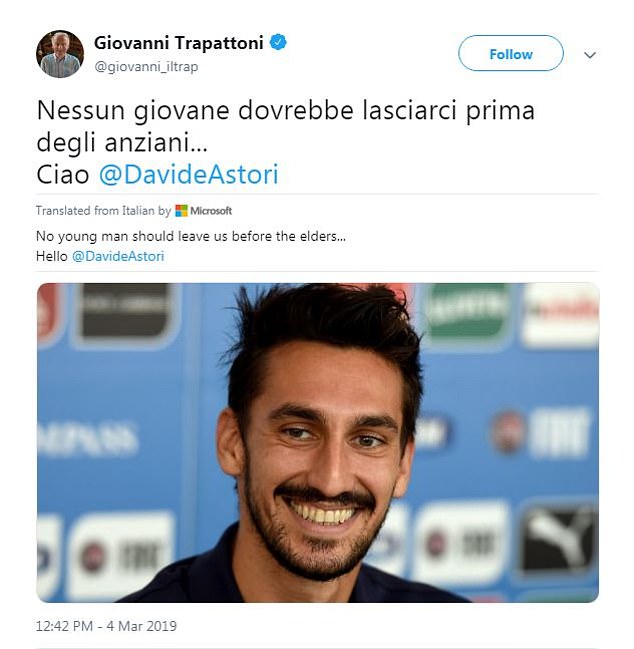 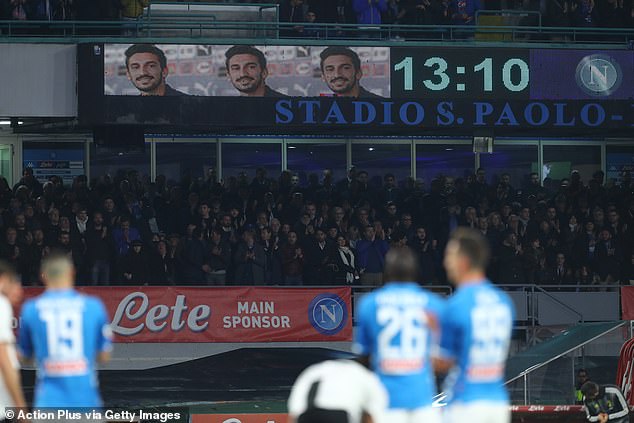 Every Serie A match this weekend was interrupted in…

Read More:Football pays homage to Davide Astori one year on from the ex-Fiorentina