Gerard Deulofeu’s super-sub intervention at Wembley on Sunday might not be enough to secure him a place back in the Spain squad but if he turns over his former coach Pep Guardiola in the final it might be a different story.

Deulofeu has always been able to get spectators off their seats and as his coach at Barcelona, Guardiola was excited enough about his ability to give the winger his debut aged just 17.

Others, with less faith in his ability eventually decided that he did not have a future at Barcelona and Deulofeu has been a wanderer ever since but on May 18 he has the chance of ruining Guardiola’s quadruple hopes and knocking on the door of another man who knows him well from Barcelona, the Spain coach, Luis Enrique. 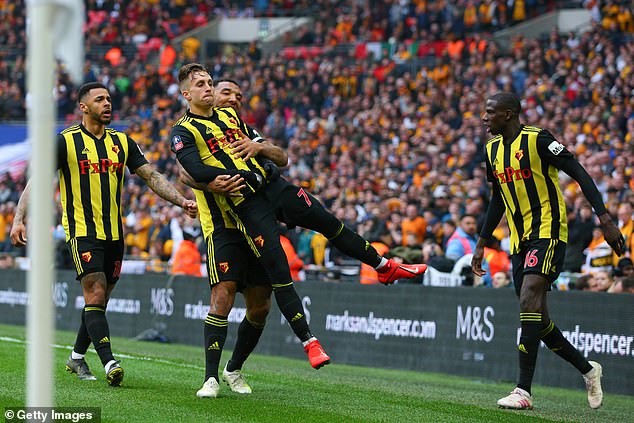 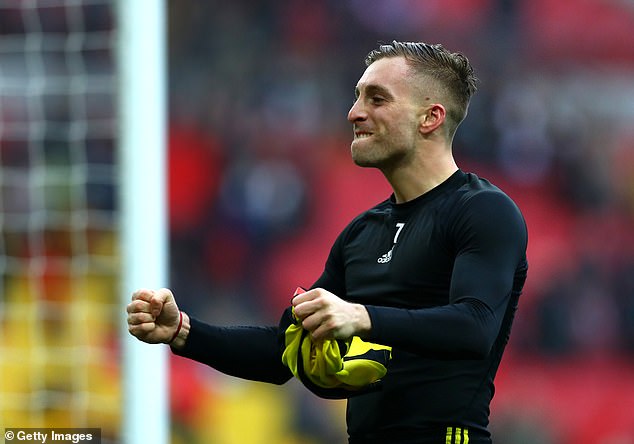 It’s been easy to forget at times in recent years as Deulofeu has only managed short spells at Sevilla, Milan, Everton and now Watford, but he was once the sensation of Barca’s youth academy and destined to share the Camp Nou with Lionel Messi.

The season after he debuted, he went back to the club’s B-team for another season and in Spain’s second tier scored 18 goals. On that basis Guardiola might have recalled him to the first team but he had left the club.

His successor Tito Vilanova’s time in the job was cruelly cut short by cancer and new man Tata Martino had little time for one of the club’s one-time prodigies.

The philosophy changed too. The superstar signings of Alexis Sanchez, Neymar and Luis Suarez meant Deulofeu had to look elsewhere for his footballing future.

In an interview with Sportsmail he admitted: ‘I was 10 years at Barca and it’s another world,’ he said. ‘We had 65 per cent of possession most weeks. We always had the ball to the point where often it wasn’t necessary for me to defend. Then you leave the club and play somewhere else and you realise that you have to defend.’

He matured the defensive side of his game at Everton under Roberto Martinez but again he could not make a long-term move to Goodison. 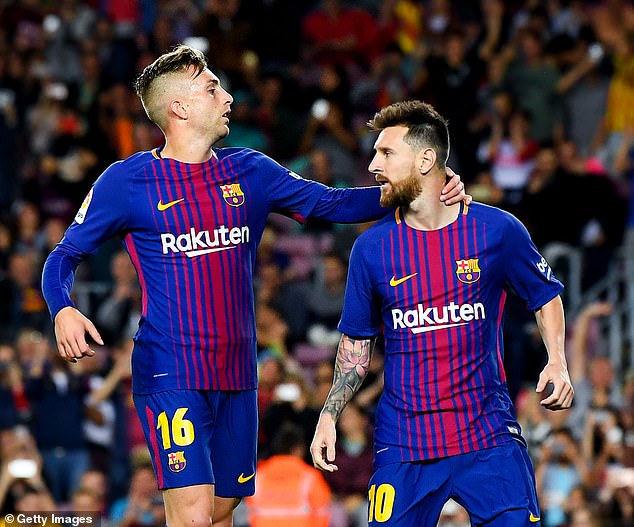 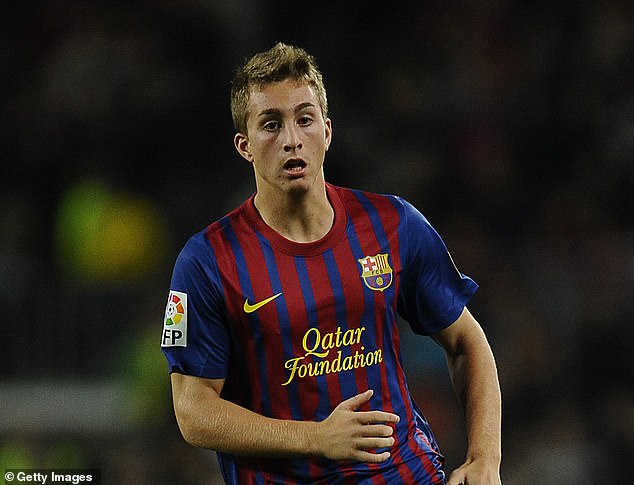 However, Deulofeu’s time at Barcelona didn’t quite to go plan and he was forced to move on

‘Not every young player is going to succeed at Barcelona. Hector Bellerín left and is now playing for Arsenal. There is life beyond Barca,’ he once said.

He now shares an agent with Bellerín having left long-time representative Gines Carvajal. There was talk in the summer of a move back to Milan where he was a very popular player on loan from Everton in 2017.

Read More:Deulofeu’s Wembley masterclass could see him back in Spain reckoning