Mauricio Pochettino’s cry for help from the Premier League comes as continental rivals take advantage of support from their respective football associations to postpone fixtures ahead of key European ties.

Ajax, who face Real Madrid on Tuesday night, saw their match with PEC Zwolle postponed by the Dutch FA over the weekend.

Ligue 1 side Rennes were also boosted ahead of their Europa League tie with Arsenal by the postponement of their clash with Nimes Olympique. 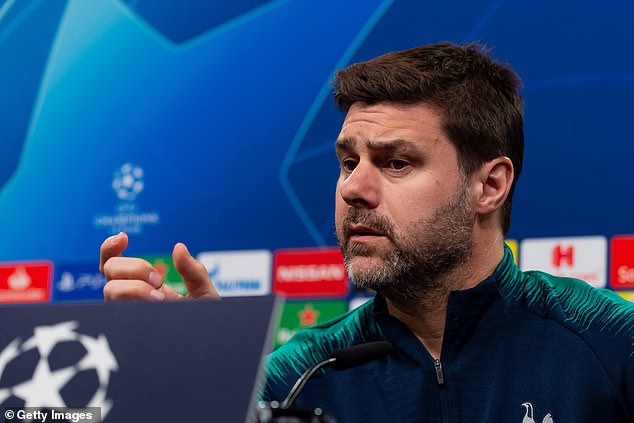 Tottenham travel to Borussia Dortmund for the second leg of their Champions League last-16 tie on Tuesday, with the north Londoners currently 3-0 up on aggregate.

But Pochettino lamented the advantage Dortmund have over his Premier League side. The German club were able to play their fixture against Augsburg on Friday night – handing them an extra day to prepare as Tottenham faced Arsenal on Saturday lunchtime.

‘We played a derby against Arsenal and you know what it means to play a derby, not only in the physical condition but the mental energy you spend, too.

‘It is impossible that one team had 24 hours more than the other to prepare. 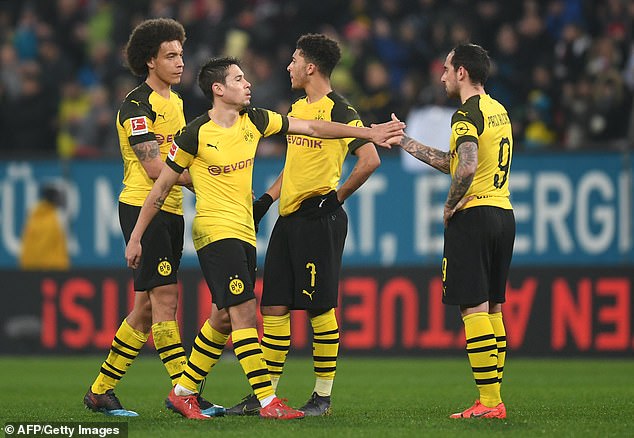 ‘It is massive. I don’t understand how you can arrive in this situation when both clubs are going to compete for such an important competition like the Champions League.’

Dortmund subsequently lost their match against Augsburg, but this is not the first time the Bundesliga has given clubs a helping hand.

Bayern Munich also played on a Friday night ahead of their Tuesday evening clash with Liverpool in the first knockout round of this year’s Champions League.

They are also scheduled to a have a day’s advantage for the return leg, as Liverpool face Burnley on Sunday, while Bayern take on Wolfsburg on Saturday.

But while the Bundesliga offers a 24 hour boost, elsewhere, domestic leagues are taking the decision to postpone matches altogether to help with European preparation. 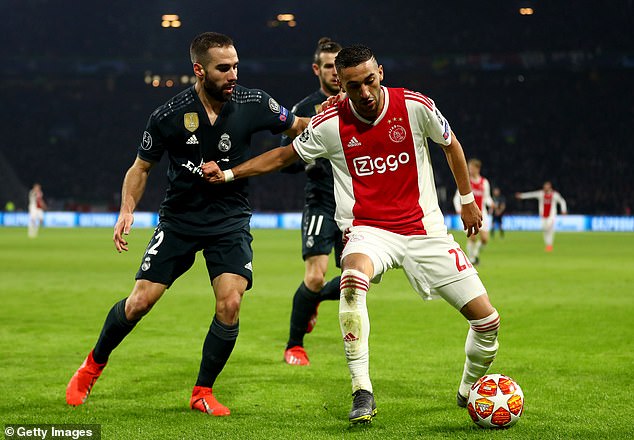 Tottenham’s rivals Arsenal travel to Rennes on Thursday night, but while the Gunners took on Spurs in a crucial north London showdown, the Breton club were able to put their feet up.

Julien Stephan’s side successfully asked the LFP, who oversee league football in France, to postpone their match against Nimes in Ligue 1.

Their request follows a similar set of circumstances in Holland.

Ajax currently trail Real Madrid 2-1 on aggregate in their Champions League last-16 tie. They travel to the Spanish capital tonight in a bid to overturn the deficit, and they were likewise given a free weekend to prepare.

While Madrid suffered the ignominy of a second home defeat in an El Clasico within the space of four days, Ajax did not have to face PEC Zwolle.