Joachim Low‘s Germany side trained at Amsterdam’s Johan Cruyff Arena on Saturday in preparation for the first game of their Euro 2020 qualifying campaign.

Germany take on Holland on Sunday and will be wary of their opponents, after losing 3-0 on their last visit to Amsterdam in the UEFA Nations League in October.

Low has made multiple changes to his squad since Germany were relegated from the Nations League’s top tier. Uncapped duo as Maximilian Eggestein and Niklas Stark both trained on the eve of Sunday’s game. 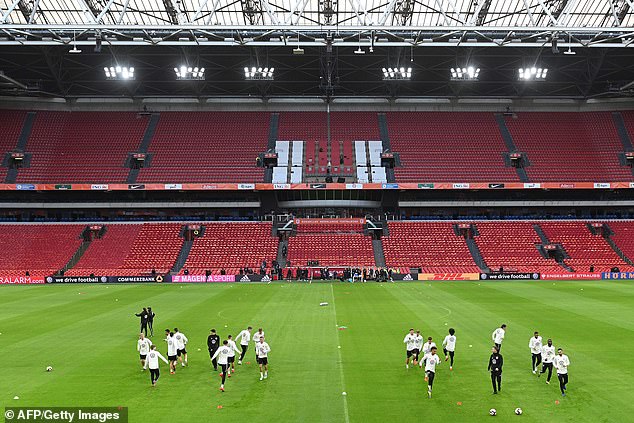 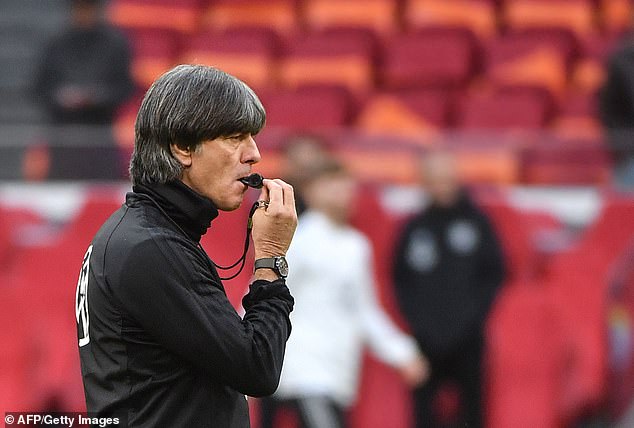 Coach Joachim Low, pictured blowing a whistle, kept a close eye on his players on Saturday 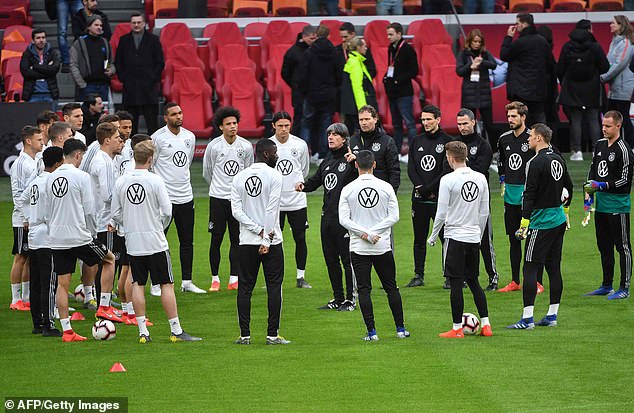 But some experienced players remain, with captain Manuel Neuer and Toni Kroos the two members of the current squad to have won more than 40 caps.

Low will have been pleased to see Leroy Sane involved on Sunday.

The Manchester City ace, who did not go to last summer’s World Cup, limped off late on in Wednesday night’s 1-1 friendly draw with Serbia after an ugly challenge by Milan Pavkov, who was sent off.

But Sane suffered no lasting damage and is available to face Holland. 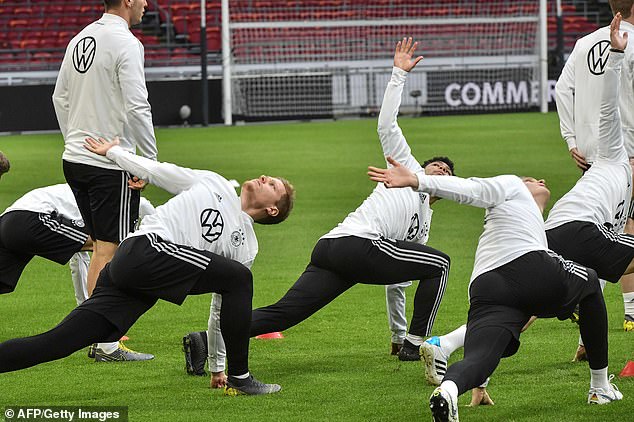 Players stretched during training, which took place where Germany lost 3-0 on their last visit 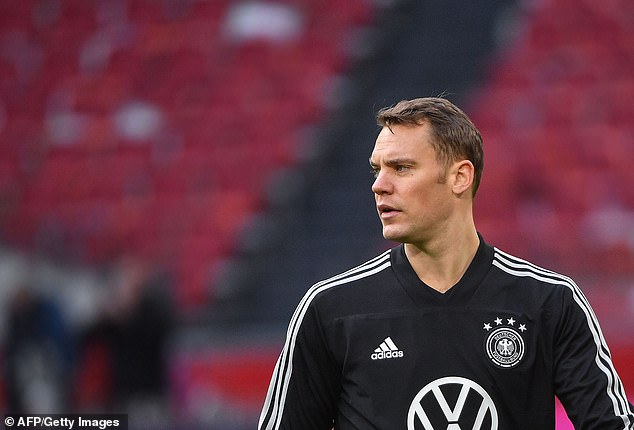 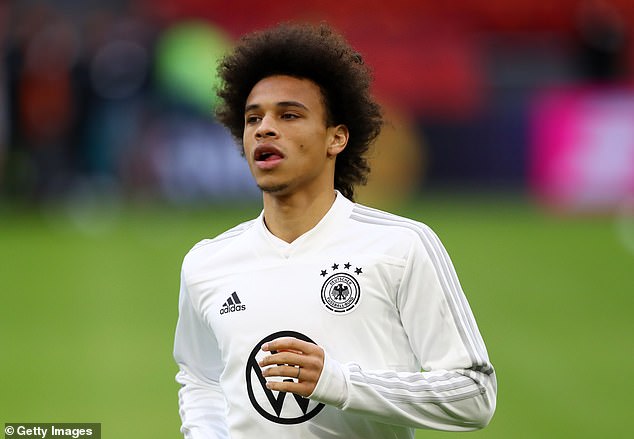 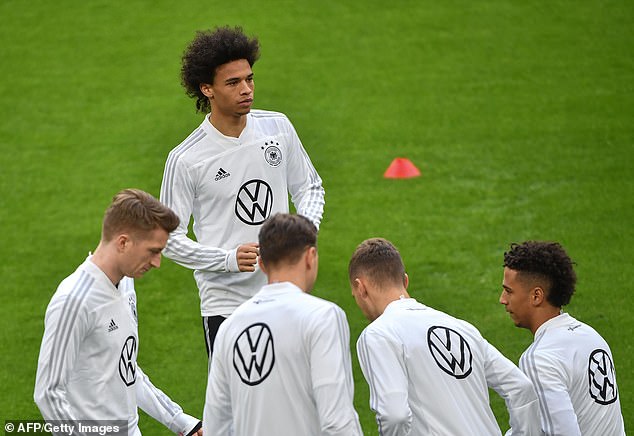