Lazio overwhelmed 10-man Roma 3-0 to claim the Derby della Capitale bragging rights and move to within three points of their city rivals in Serie A.

Felipe Caicedo, substitute Ciro Immobile and Danilo Cataldi were on target against a poor Roma side, who had Aleksandar Kolarov sent off in stoppage time.

Caicedo deputised for Immobile, who, nursing a thigh injury, started on the bench, and the Ecuadorian gave Lazio a 12th-minute lead at the Stadio Olimpico. 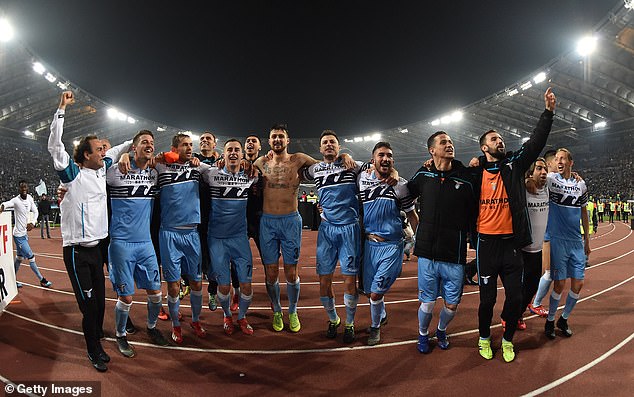 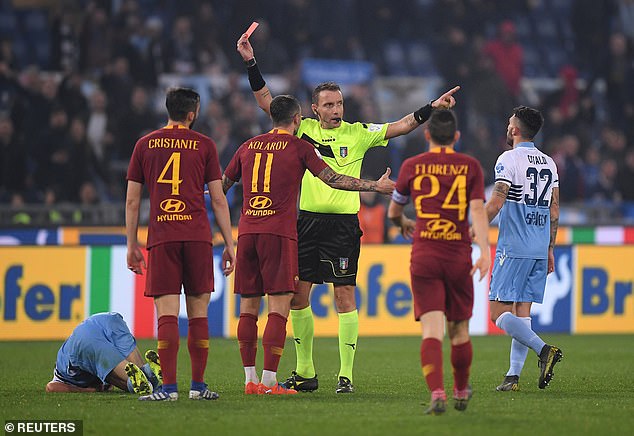 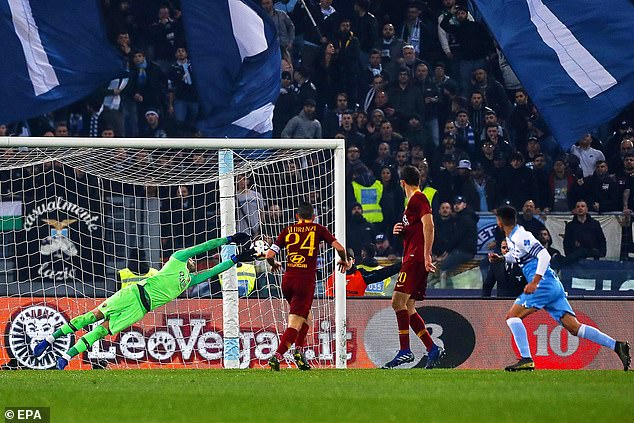 Roma were caught out by a quick throw and Joaquin Correa slipped in Caicedo behind the ball-watching Juan Jesus.

Caicedo rounded goalkeeper Robin Olsen easily and slotted the ball into an empty net for his fourth league goal of the season.

Roma struggled to make headway against a resolute Lazio defence in which Angolan full-back Bastos was outstanding.

But Edin Dzeko did find engineer an opening halfway through the first period to deliver a low shot which goalkeeper Thomas Strakosha was equal to. 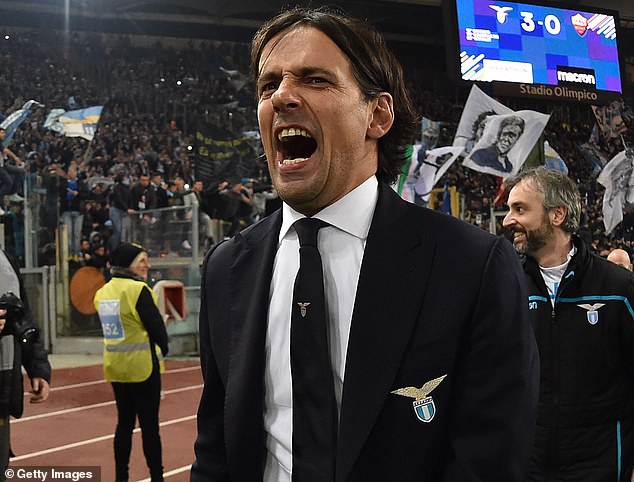 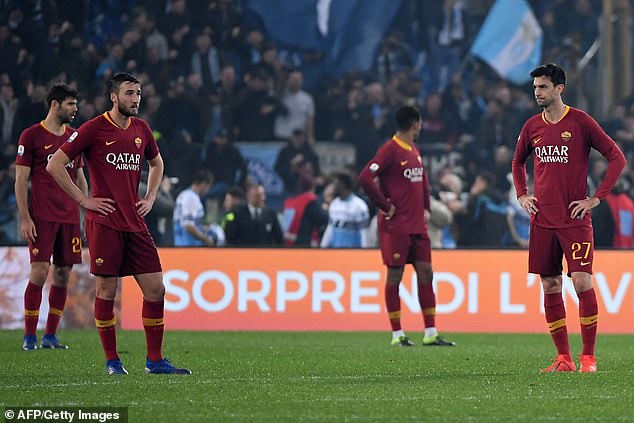 Strakosha saved from Lorenzo Pellegrini and Stephan El Shaarawy at the start of the second half, but Immobile scored his 16th goal of the season after coming on as a 64th-minute substitute.

Federico Fazio brought down Correa from behind and Immobile dispatched the 73rd-minute penalty with aplomb.

Fellow substitute Cataldi added a third from 20 yards in the final minute before Kolarov was sent off after collecting two yellow cards in stoppage time.

The win sees Lazio close the gap on fifth-placed Roma to three points and Simone Inzaghi’s side also have a game in hand on their local rivals.