Real Madrid are champions! Sort of… Marco Asensio wins FIFA 20 tournament between La Liga stars while league is suspended… and he even scored with himself in the final

Real Madrid continue to lift silverware even in the absence of La Liga action, after star Marco Asensio was crowned the winner of a FIFA 20 tournament between a number of the division’s stars.

The midfielder secured the title after beating Leganes, who were controlled by Aitor Ruibal, 4-2 in the final – with a host of players using their time away from the field to help raise money for the fight against the coronavirus outbreak.

And despite Ruibal battling through four other games to reach the last hurdle, Asensio secured victory for the real life title hopefuls and even opened the scoring with himself. 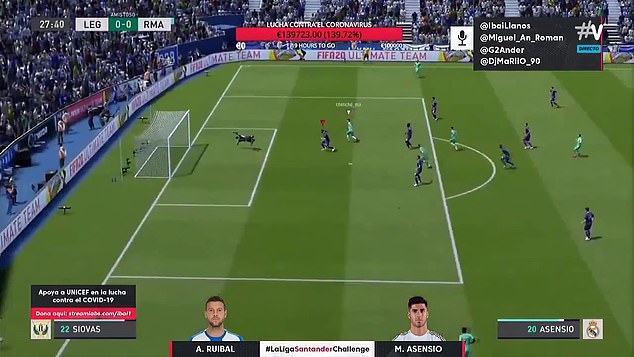 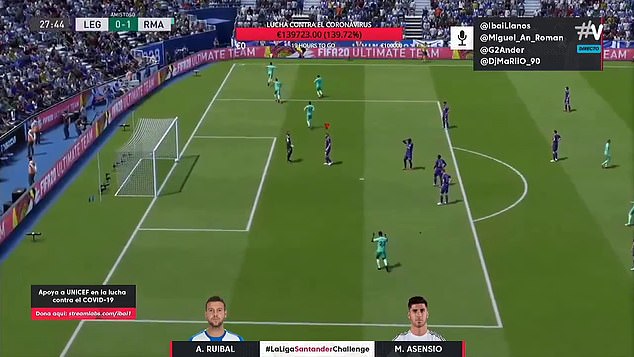 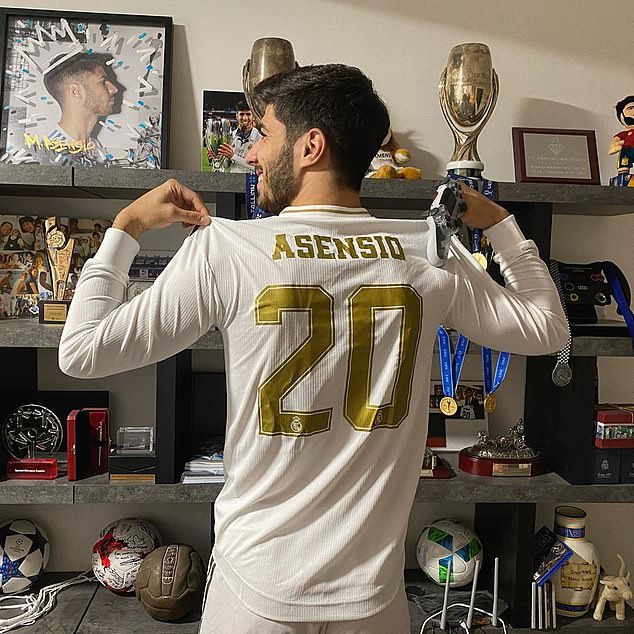 Asensio later celebrated on social media with over £129,000 raised to help fight coronavirus

The Spain international has endured a frustrating campaign, having been sidelined since the summer after a cruciate ligament injury, but appears to have put his downtime to good use.

After swapping the pitch for a PlayStation, Asensio was able to get Real Madrid off the mark just before the half hour mark, with Luka Modric and Eden Hazard also on target.

Having stormed into a three-goal lead, the 24-year-old held off a fightback from Ruibal to win the tournament – and later posted a video of his celebration to share with his social media followers.

Asensio even ensured the virtual trophy would be heading to the Bernabeu with a late goal, once again scored with himself – and over 170,000 spectators tuned in online to watch the action.

With football on hold across the world, avid fans were still able to get their usual fix during the tournament, which was hosted across the course of the weekend and included 19 of the teams in Spain’s top tier. 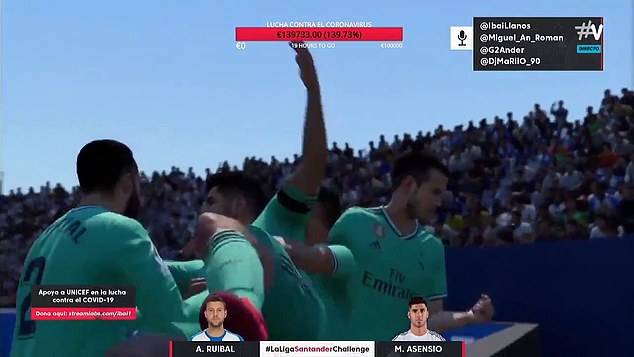 Asensio had secured the title after netting a late goal in front of 170,000 online spectators 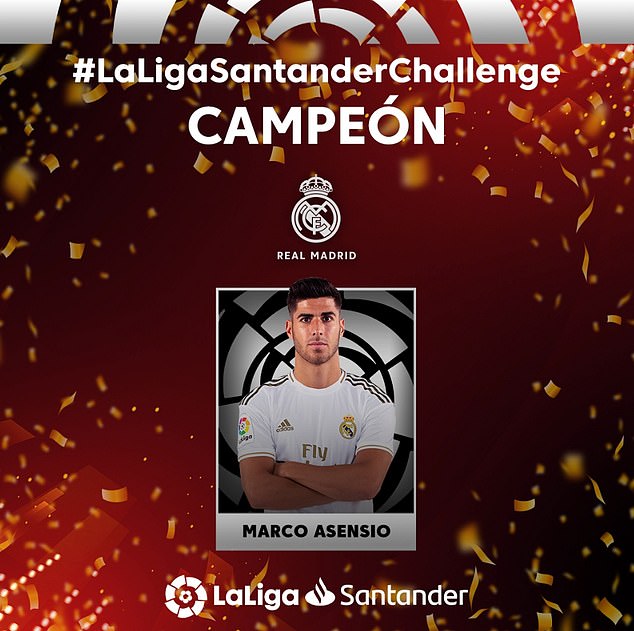 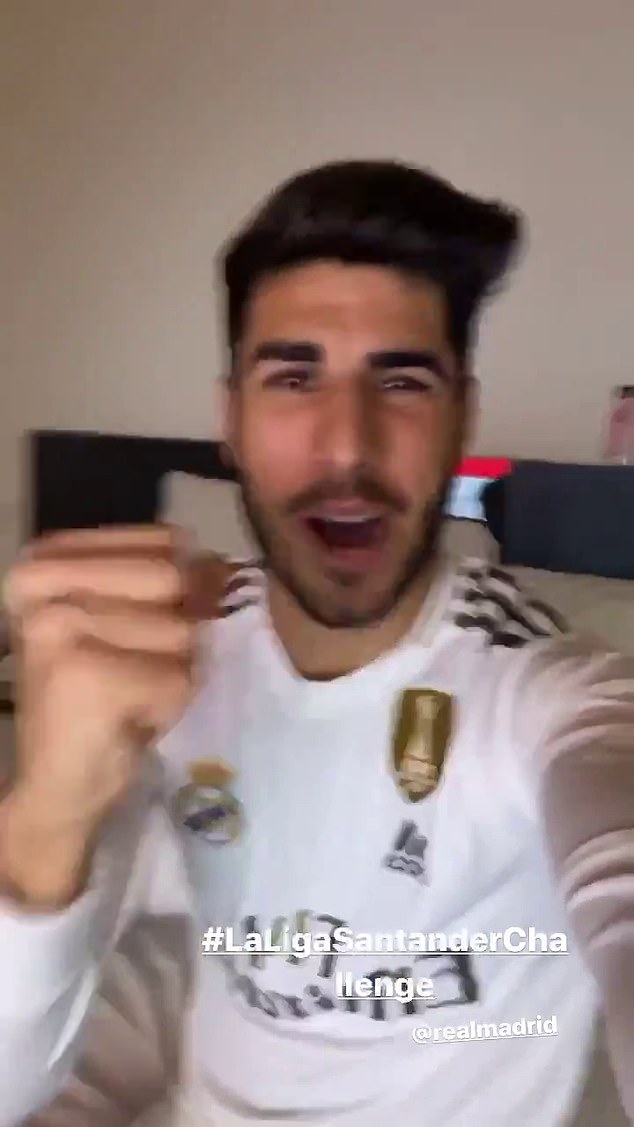 Real Mallorca being absent due to being sponsored by Konami, who develop FIFA’s leading video…