Russia‘s new young hero Aleksandr Golovin showed he is already fed up with talk of a move to Juventus by walking out on a TV interviewer who quizzed him after the host nation’s 5-0 opening World Cup win.

Ready to speak via video link from Luzhniki Stadium after playing a big part in the drubbing of Saudi Arabia, the 22-year-old CSKA Moscow midfielder looked ill at ease as the studio presenter told viewers: ‘Today, a new Russian star was born.

‘They say Juventus is fighting for him, that Milan was even watching from the stands,’ the host from Russia’s Channel One went on, only to see the maker of the opening goal and scorer of the fifth yank out his earpiece and stalk off shaking his head. 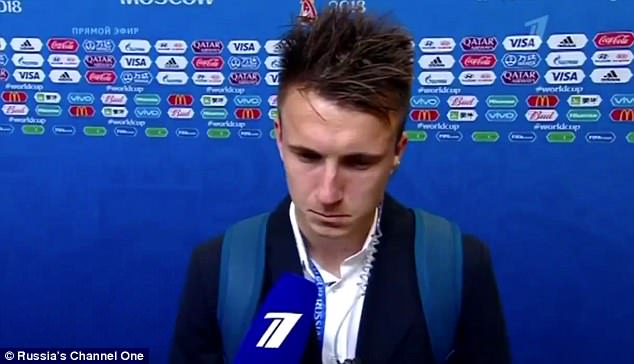 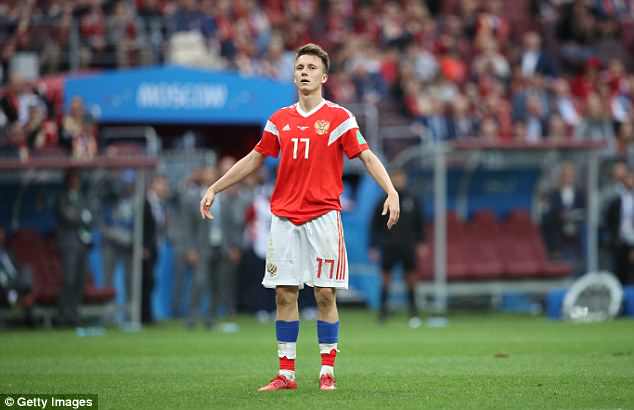 Fantastic reaction of Aleksandr Golovin on the commentator linking him to Juventus, Milan and calling him “the next Russian superstar”. Worth watching the video until the end.

Earlier, Golovin told reporters he was not thinking about how his performance may raise his profile.

‘I’m not paying attention to that because of the World Cup,’ he said.

‘I’m with the national team and all my thoughts are focused around that.’

Italy’s Gazzetta dello Sport quoted him saying he was flattered by Italian attention but played it down as ‘rumour’.

The mere fact of any home-grown player getting attention from abroad after years in which Russians have failed to tempt Europe’s best clubs has sparked a local media frenzy as their World Cup gets under way and fans start to hope the national team may avoid the embarrassment many have long feared. 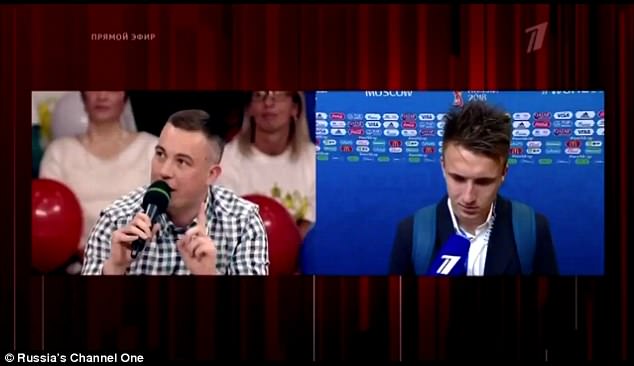 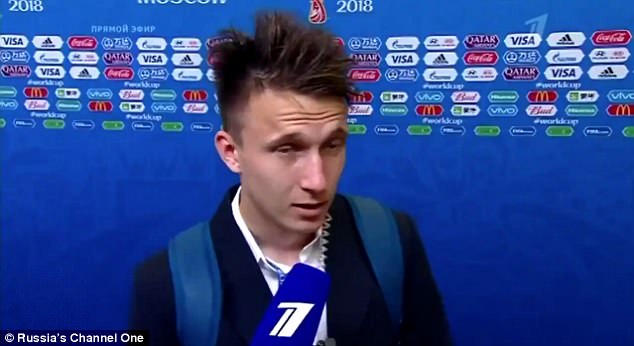 Golovin, who earlier said he wouldn’t discuss transfer talk while on Russia duty, then walked off