UEFA has announced that more than three quarters of the tickets at this summer’s Nations League Finals matches in Portugal will be reserved for supporters of the participating teams and the general public – with the cheapest seat costing fans just £23.

This means there will be 10,000 tickets per game available to fans of England, Holland, Portugal and Switzerland, with a further 42,000 across the four games on offer to members of the general public.

The allocations to the participating nations will be sold via their national associations, with the remaining 38,000 tickets reserved for broadcasters, the hospitality programme, the local organising committee, sponsors and UEFA, European football’s governing body. 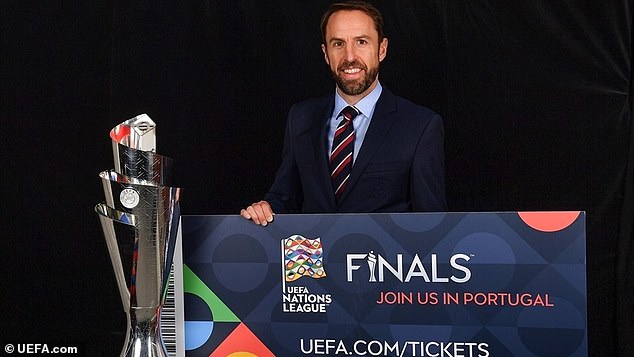 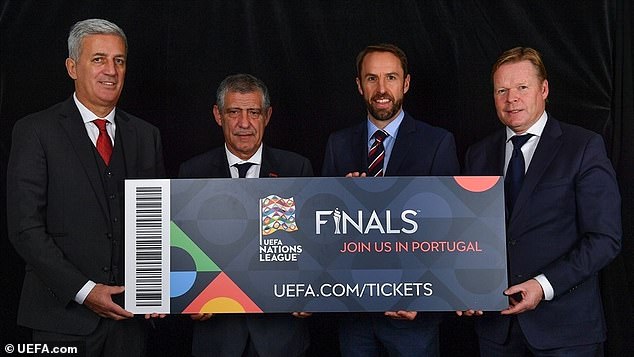 England will compete in the finals along with Portugal, Holland and Switzerland next June

Confirmation that each participating nation will get at least 10,000 tickets will come as a relief to the Football Association, which had been concerned that the decision to stage two of the four games in Guimaraes, including England’s June 6 semi-final against the Dutch, could leave lots of fans without tickets.

The northern Portuguese city’s Estadio D. Alfonso Henriques, home to Vitoria Sport Clube, was renovated for Euro 2004 but is relatively small for major internationals with a capacity of just 30,000.

Guimaraes is also staging the third-place play-off on June 9, with Porto’s 50,000-capacity Stadio do Dragao hosting the Portugal-Switzerland semi-final on June 5 and the final, which is also on June 9.

When Portugal announced Guimaraes as one of its two venues for the inaugural finals of the Nations League, questions were raised about why neither of Lisbon’s two larger stadiums were chosen, particularly Benfica’s 64,000-capacity Estadio da Luz. 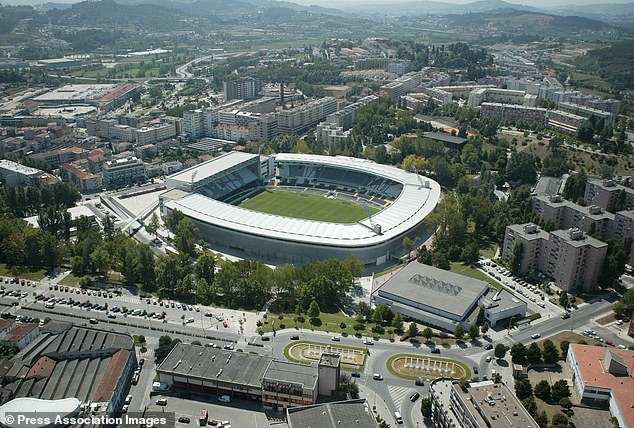 England will take on Holland at Estadio D. Afonso Henriques in Guimaraes this June 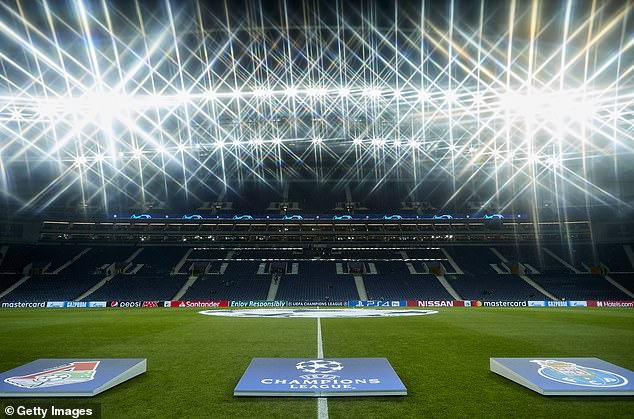 Portugal take on Switzerland in Porto at Estadio do Dragao, where the final will also be played

The hosts have never really answered those questions, beyond pointing out the beauty of Guimaraes – its medieval centre is a UNESCO world heritage site – but they have clearly heeded the message by reserving a smaller share of the tickets than has become customary for what is often euphemistically referred to as ‘the football family’.

The FA will contact members of its official travel club about how they can buy tickets, while the 42,000 tickets set aside for the general public will be allocated by a lottery run by UEFA. Fans can apply for up to four tickets per game via the UEFA website before 1300 GMT on February 12. Successful applicants will be informed by email by February 28. 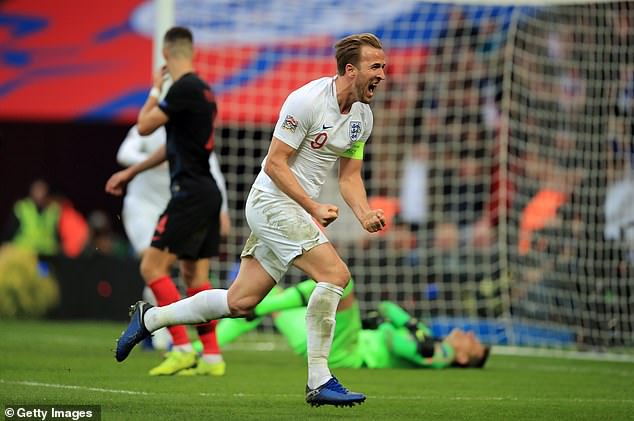