It was a typical Alvaro Morata moment on Tuesday night when, after ending a run of 17 months without an international goal, he couldn’t quite bring himself to just enjoy the moment.

‘I feel observed and criticised,’ he said after the game. ‘There are a lot of people hoping that I don’t score. But I am the Spain centre forward so it is normal that a lot is expected of me.’

Really Alvaro? ‘A lot of people hoping’ you don’t score? There is actually more good will than bad in Spain for Morata. He is seen as a player who has still to fulfil his potential and find his place. 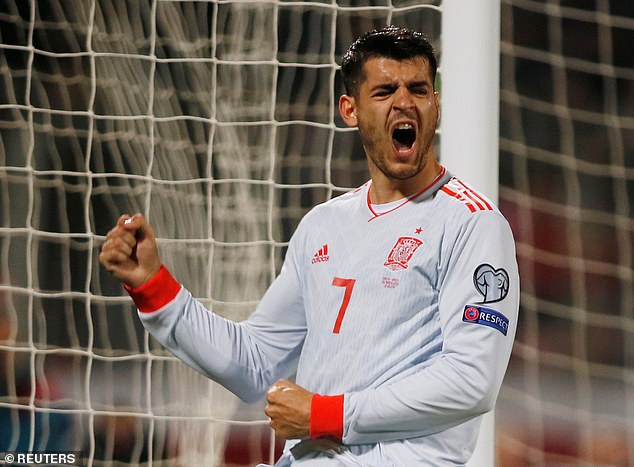 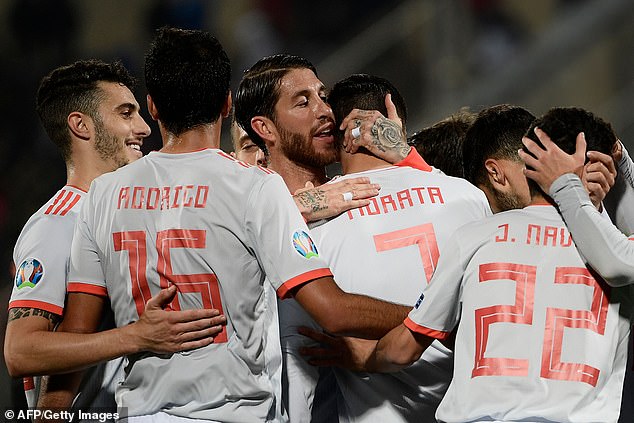 He played almost every minute of the two international matches as Luis Enrique’s team dominated both Norway and Malta winning them both with 2-1 and 2-0 victories.

The goals were Morata’s first international strikes since November 2017 when he was on the mark against Costa Rica.

The Chelsea loanee scored in both halves and he now has 15 goals in a Spain shirt he has worn while playing for four different clubs: Real Madrid, Juventus, Chelsea and Atletico Madrid.

It should have been a reason to be cheerful but Morata still seemed glum.

Not only did Morata score twice against Malta, he also won the penalty that Sergio Ramos converted for the Norway win. He missed a hat-full of chances in the game but Luis Enrique praised him afterwards.

Asked if he had noticed a difference in the player since he moved on loan to Atletico Madrid Luis Enrique said: ‘Yes I have. He was spectacular for us because of the work he put in. 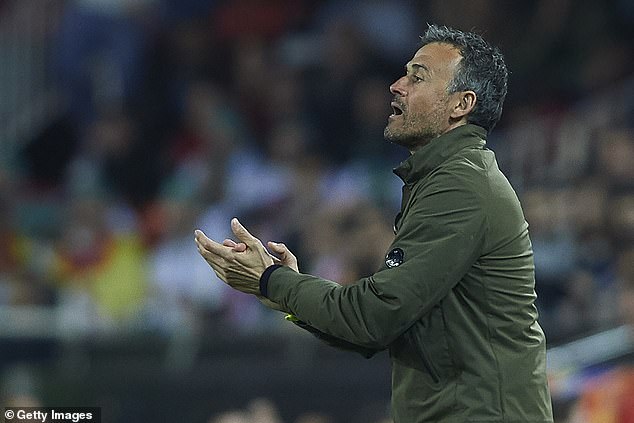 ‘He was spectacular for us because of the work he put in,’ Spain boss Luis Enrique claimed 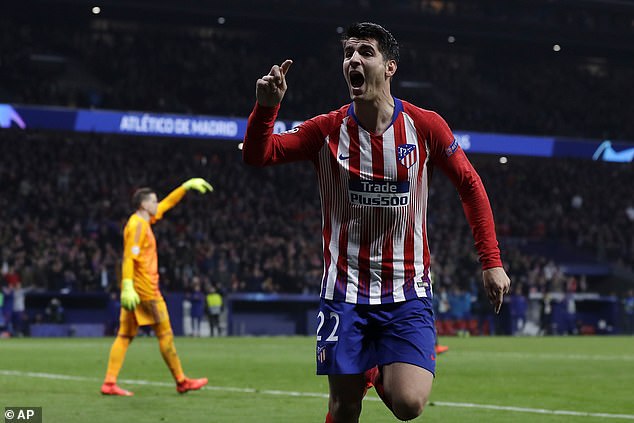 ‘I think he looks much better in terms of confidence. He always has a good attitude but he looks more confident now.’

There is a feeling in Spain that Morata’s stop-start career has always lacked a mentor – a coach who really believes in him.

He felt he might have had one in Antonio Conte who wanted Juventus to sign him from Real Madrid but we all know how that turned out. Even Conte got tired of his injury problems and left the club at the end of last season.

Luis Enrique could be that man. He has himself be accused of being surly…