The biggest-ever European Championship kicks off this week with 24 teams, 51 matches and a month of top-class action throughout France. To keep track of events, grab yourself a copy of our superb double-sided wall chart.

There’s a handy day-by-day guide, fixtures from the six groups with the route to the final marked out, facts on the stars involved and a guide to the venues playing host to the cream of the continent as France aim for a third tournament win on home soil and Spain try to complete a terrific treble of their own, having won in 2008 and 2012.

Simply download the two PDF links HERE and HERE to get both sides of the wall chart. And enjoy the tournament. 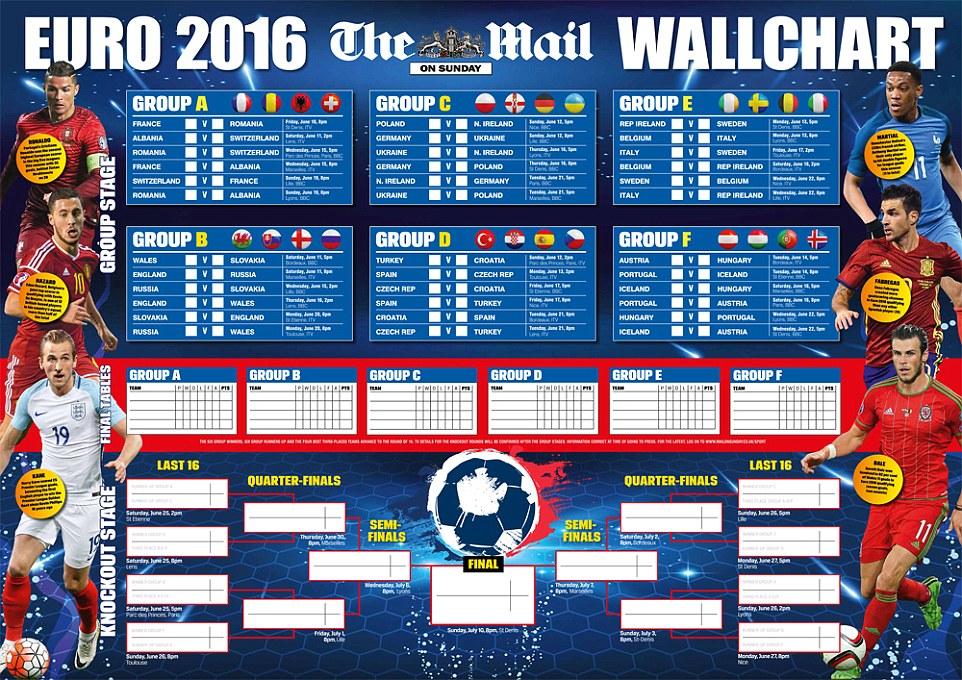 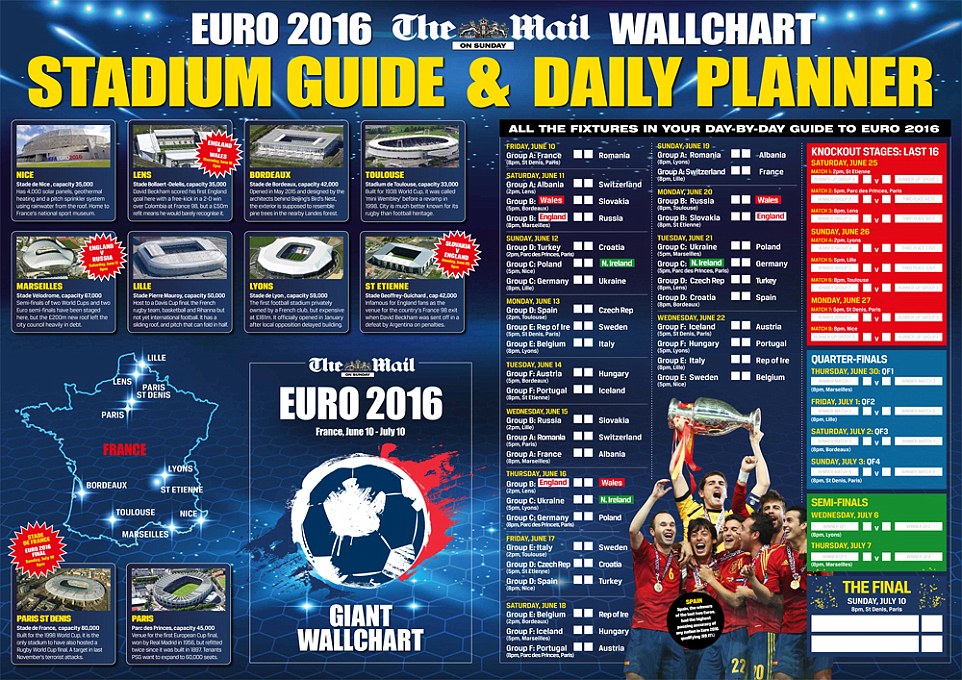 World Cup 2018: Schedule, fixtures and how to watch the matches online