Juventus missed the chance to go eleven points clear at the summit of Serie A, after former Arsenal man Gervinho scored an equaliser deep into added time.

Cristiano Ronaldo had once again got among the goals, breaking the deadlock with a driven effort to beat Parma goalkeeper Luigi Sepe.

The former Real Madrid man dropped a shoulder to lose his marker, before getting his body over the ball and unleashing a powerful hit. 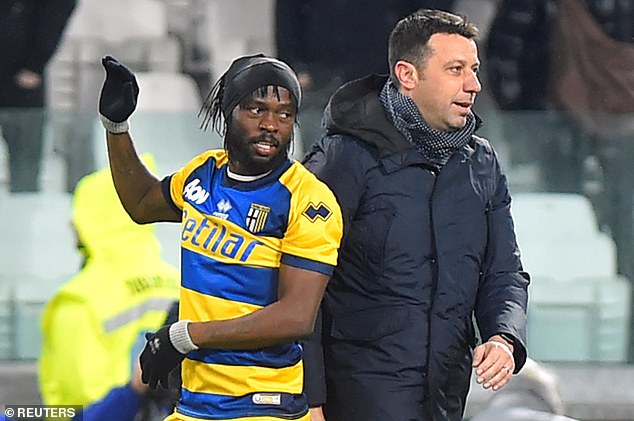 Former Arsenal man Gervinho was the hero, scoring a brace to salvage a point for Parma 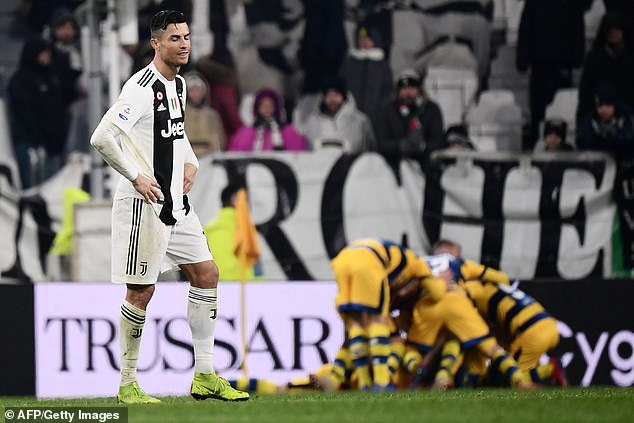 Cristiano Ronaldo was left dejected, after believing he had scored the goals to seal the win 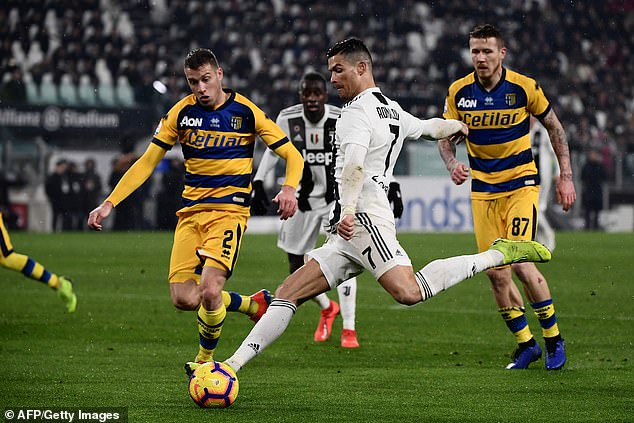 Earlier, Ronaldo provided the opener and scored his 16th Serie A goal of the season 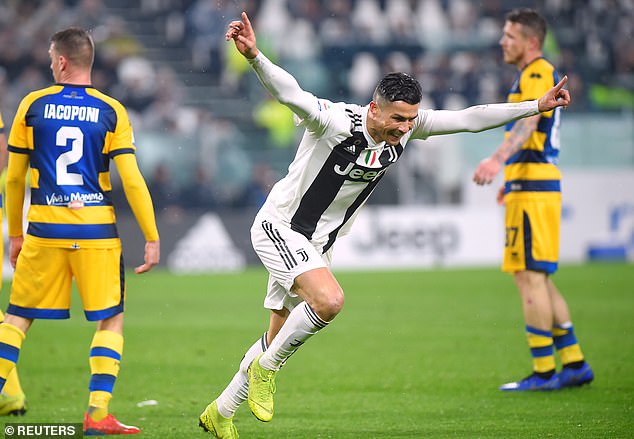 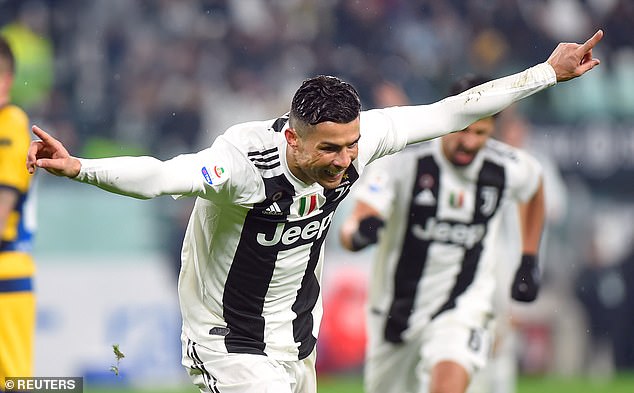 Ronaldo momentarily sat on 16 goals for the season, joint top of the scoring stakes in his debut year alongside Fabio Quagliarella of Sampdoria.

But the irrepressible 33-year-old could not be silenced, scoring his second goal in the second half and sending the home supporters into raptures.

Rising highest to meet a tantalizing Federico Bernardeschi cross from the right, Ronaldo soared above his marker Simone Lacoponi to plant his head on the ball and direct it home from six-yards out. 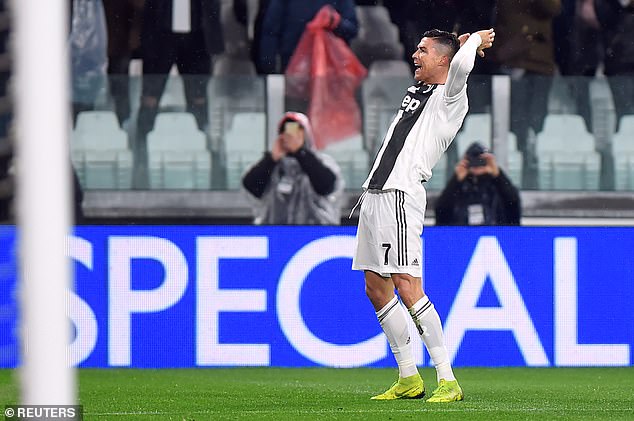 Ronaldo added his second and Juve’s third of the evening, to become the top scorer in Italy

Juve had maintained steady possession of the ball, and had scored between Ronaldo’s efforts through Daniele Rugani – who had intially doubled the lead just after the hour mark.

An incoming cross from the left was flicked on by Ronaldo, before Rugani quickly repositioned his body to make contact and slot the ball home.

Still with a flickering of life, Parma pulled one back through Antonino Barilla, who displayed his aerial abilities by meeting a Juraj Kucka cross and putting a pinpoint header past Mattia Perin in the Juve goal.

But it was Parma who would finish the stronger, with former Arsenal man Gervinho coming to the fore and scoring the goals needed to share the spoils. 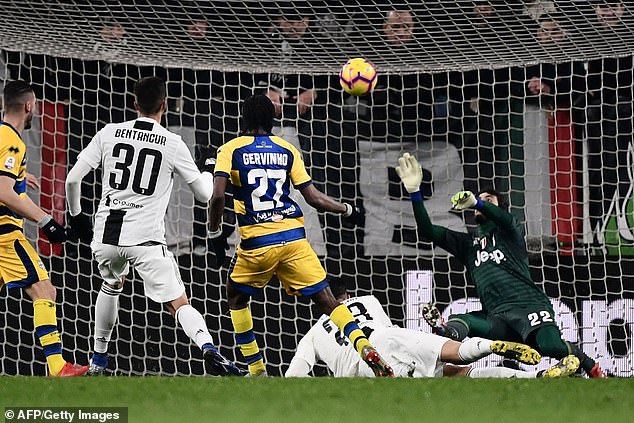 Gervinho hit the ball first time during additional play, and rifled it past Mattia Perin in goal

A flick at the near post on 75-minutes gave both Parma and Gervinho belief, before the former Premier League star cropped up again just as…