Rio Ferdinand and Andy Robertson have heaped praise on Alphonso Davies after the Bayern Munich teenager as the Germans ran riot in an 8-2 obliteration of Barcelona in the Champions League.

Davies was sensational on the left hand side and played a role in setting up Joshua Kimmich as Bayern compiled more misery on the LaLiga giants in Lisbon.

The Canadian picked up the ball just past the halfway line, beat a couple of markers and then found himself in a one-on-one position against Barca full back Nelson Semedo. 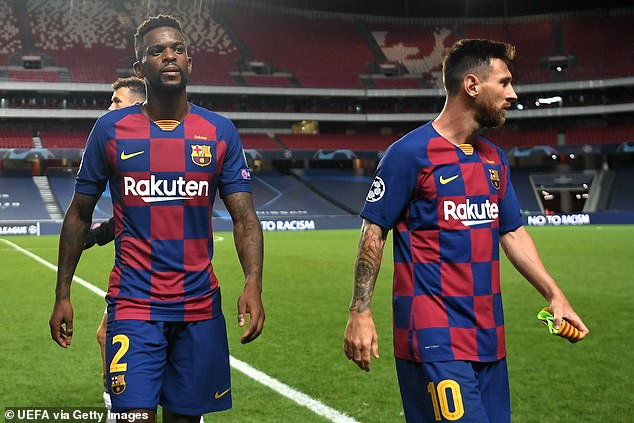 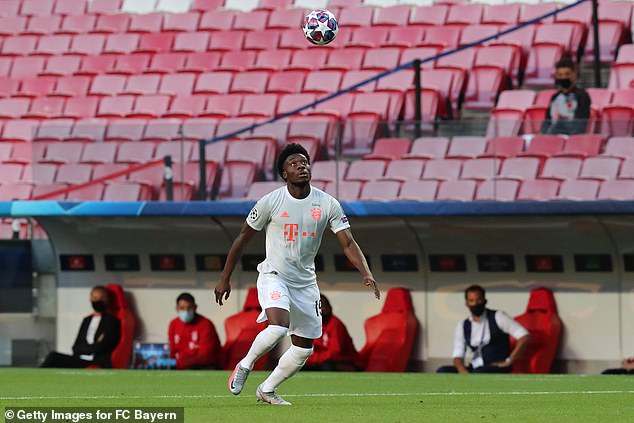 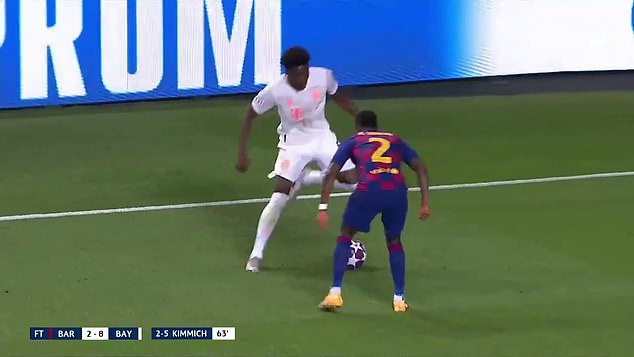 A couple of feints and intricate footwork was enough to bamboozle the Portuguese defender, and Davies coasted pass and picked out Kimmich who slotted home with ease.

And Ferdinand has lauded the youngster’s display in what was an incredibly impressive performance from the Bundesliga champions, but warned Semedo to stay away from social media for a few days.

‘It’s uncalled for what he’s just done there – it shouldn’t be allowed,’ he said on BT Sport. ‘It’s embarrassing, if I’m Semedo I’d come off Instagram for a little while.’ 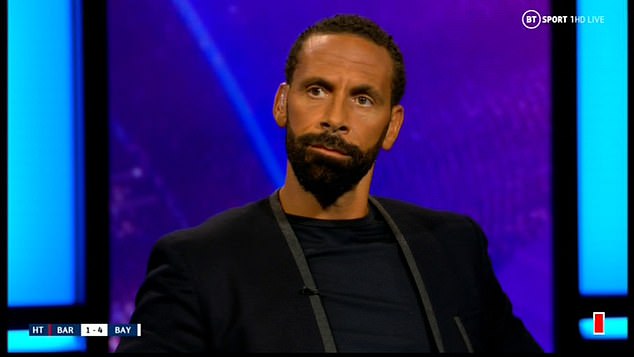 And Ferdinand lauded Davies’ performance, before adding that he is the best full back 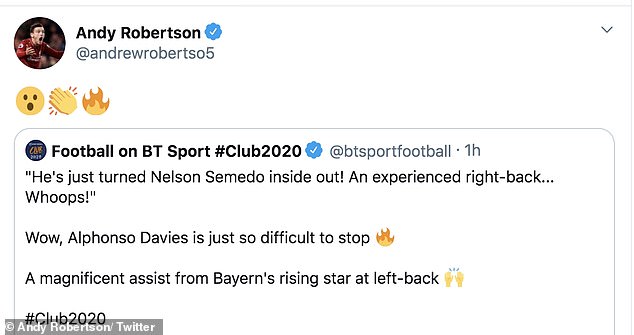 Ferdinand added that Davies is the best attacking full-back in the world, ranking him as superior to the likes of Liverpool’s Trent Alexander-Arnold and Andy Robertson.

In fact, Robertson reacted to Davies’ stunning piece of skill on social media, retweeting the clip with a open-mouthed emoji, clapping hands and a flame.

‘He’s the best attacking full-back on the planet at the minute. He was amazing today. That’s full-back setting up full-back to score – it’s expansive open football.’

Bayern Munich will face either Manchester City or Lyon in the semi finals, and their performance on Friday firmly secured them as the favourites to win the competition this season.