Germany fans have thanked Thomas Muller, Mats Hummels and Jerome Boateng for their service to the national team after the Bayern Munich trio were axed by Joachim Low earlier this month.

The Germany manager controversially dropped the three World Cup winners a fortnight ago when he announced in a statement via the German FA that they would not be selected in the future.

All three played crucial roles in Germany’s triumph in Brazil in 2014 but Low insisted that he needed to bleed in younger talent if the national team was to progress. 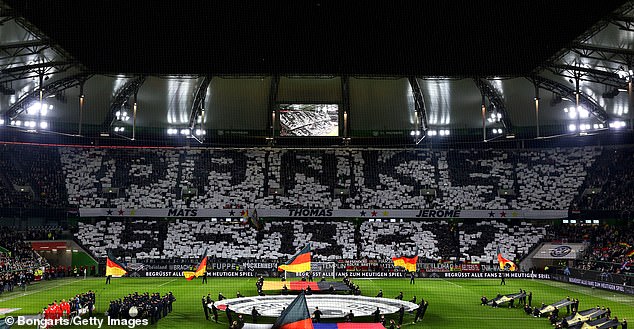 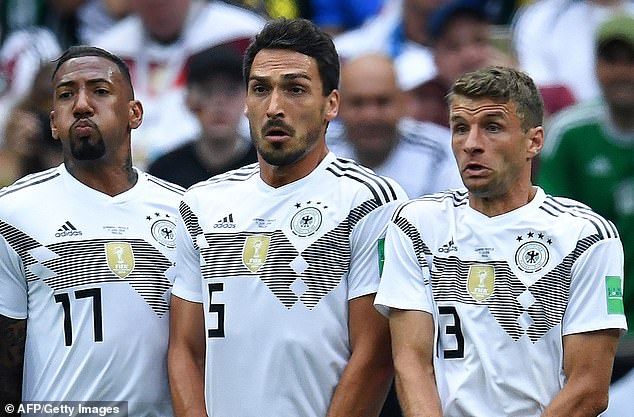 ‘I thank Mats, Jerome and Thomas for the many successful, extraordinary and unique years we shared,’ Low said in a statement issued by the German FA earlier this month.

‘Now it is time to set the course for the future. We want to give the team a new look.

‘I am convinced that this is the right step. The youngsters coming through will have the room they need to grow. Now it’s up to them to take on responsibility.’ 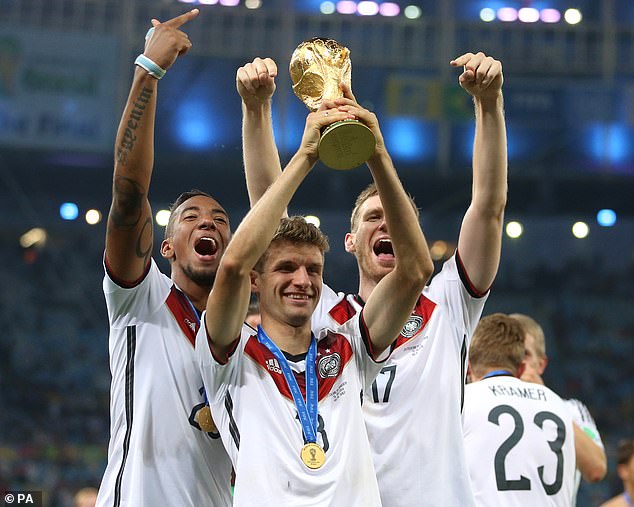 Boateng, Muller and Per Mertesacker (L-R) celebrate winning the World Cup in Brazil in 2014 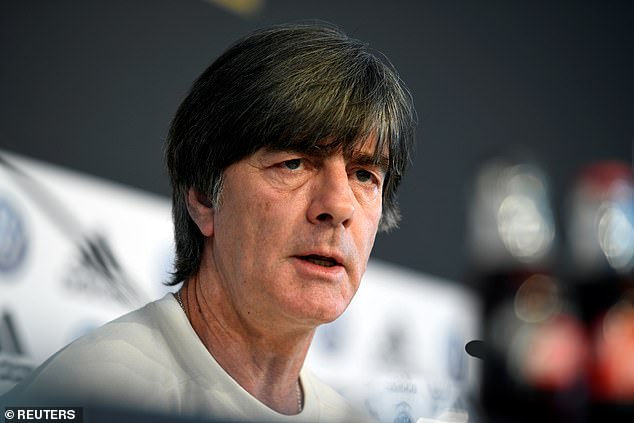 Low then expressed the importance of integrating younger talent into the squad earlier this week.

‘We are now face a new time, a new challenge. I have to give the team the feeling that we fully trust them,’ Low said in his news conference on Tuesday.

‘We have to give them the chance to develop, take over more responsibilities and also during a rough patch offer them solutions when they make mistakes so they have the trust to go into the next months.’

While the decision made sense to start fresh, Germany fans didn’t forget the trio’s contributions as they created a giant tifo to say thank you on Wednesday evening before the team’s friendly with Serbia.

Boateng acknowledged the gesture by posting the huge tifo on his Instagram with the caption ‘thank you’ on Wednesday.

Leon Goretzka came off the bench to equalise as Germany snatched a 1-1 draw with Serbia in Wolfsburg while Milan Pavkov was sent off for a nasty tackle on Manchester City star Leroy Sane.