‘Meanwhile at Sabener…’: Jerome Boateng puts being axed from the Germany team to the back of his mind as the defender scores exquisite chip in training for Bayern Munich

Jerome Boateng has showed that he has put his Germany snub behind him by scoring a delicious chip in a exhibition match during a Bayern Munich training session.

The centre back, along with Thomas Muller and Mats Hummels, were told earlier this month by manager Joachim Low that they would no longer be getting called up to the national team.

The controversial announcement saw the three World Cup winners fail to make the national side for the 1-1 draw with Serbia on Wednesday night but the fans did thank each Bayern player for their contributions while representing the country.

Scroll down for video. 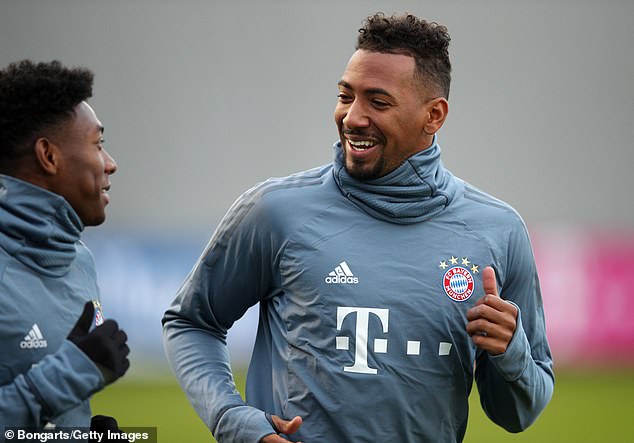 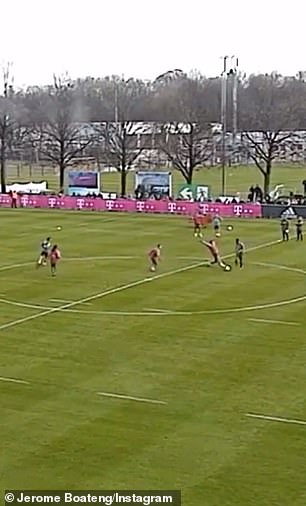 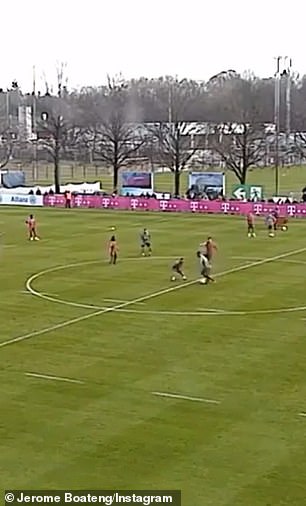 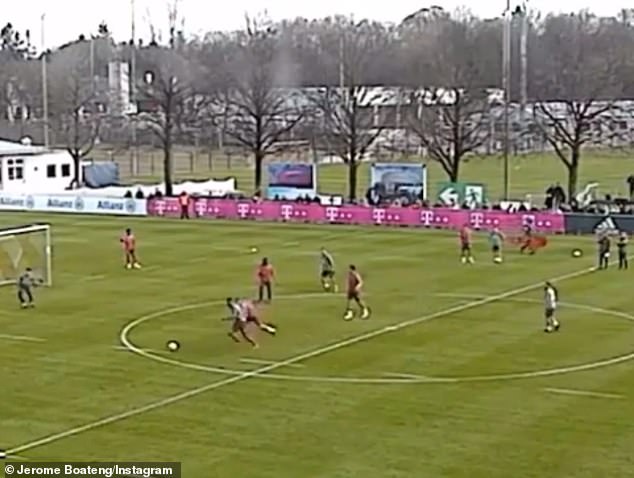 However, it appears Boateng has put that all behind him and he did so in style.

With only a few first-team players left behind during the international break, it was still required for those not called-up to maintain their fitness during a training session on Thursday.

During the relaxed encounter, Boateng burst forward from his own half before nearly being dispossessed by an opponent. 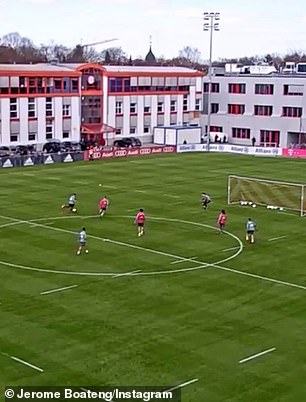 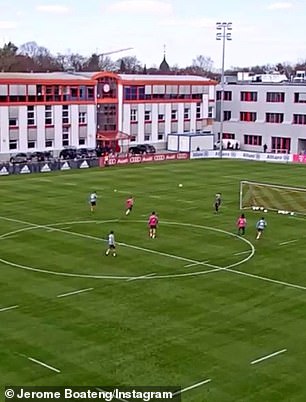 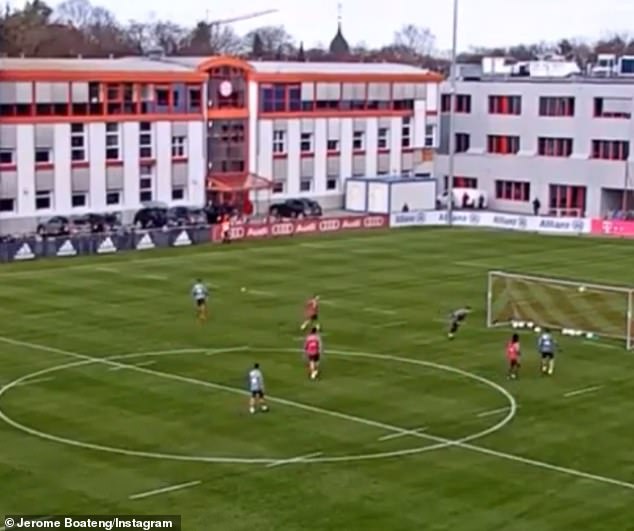 The 30-year-old manages to keep hold of possession before being forced away from goal as spectators watched from the sidelines.

In a moment of brilliance, Boateng exquisitely lobs the goalkeeper with a left-footed effort from quite away out, drawing comparisons from Lionel Messi’s wonderful third goal against Real Betis on Sunday.

While obviously nowhere near the same calibre of the Argentine’s effort, the defender’s effort was praised by fans after he posted it to his Instagram page.

Low could have done with a moment of brilliance like that the night before as the Germans could only muster a draw against Serbia in Wolfsburg.

Read More:Jerome Boateng puts Germany snub to the back of his mind as he scores exquisite

UEFA EURO 2020 qualifying draw LIVE – Who will England and the rest face?