AC Milan have announced the signing of striker Krzysztof Piatek from Genoa on a four-and-a-half-year contract for a fee of £30.4million.

The 23-year-old Polish striker has been brought in by head coach Gennaro Gattuso as a direct replacement for Gonzalo Higuain.

The Argentinian ended his loan spell at the club from Juventus to join Chelsea in a temporary switch until the end of the season. 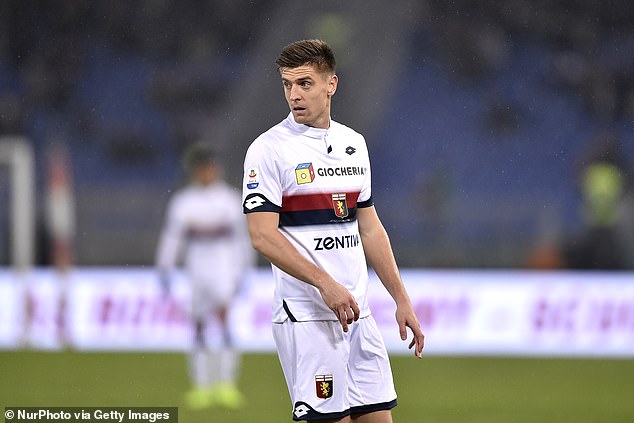 Krzysztof Piatek has signed for Serie A side AC Milan from Genoa for a fee of £30.4million

Piatek only moved to Genoa seven months ago for a reported fee of 4million euros from Polish side Cracovia but has been in terrific goalscoring form since his arrival in Italy, scoring an incredible 19 goals in 21 appearances.

Genoa are believed to have made a huge profit on the Poland international, with the undisclosed fee thought to be in the region of 35million euros (£30.4m), and he will remain at San Siro until June 30, 2023.

Piatek will be formally presented as a Milan player at 1pm on Thursday at the club’s Milanello training ground. 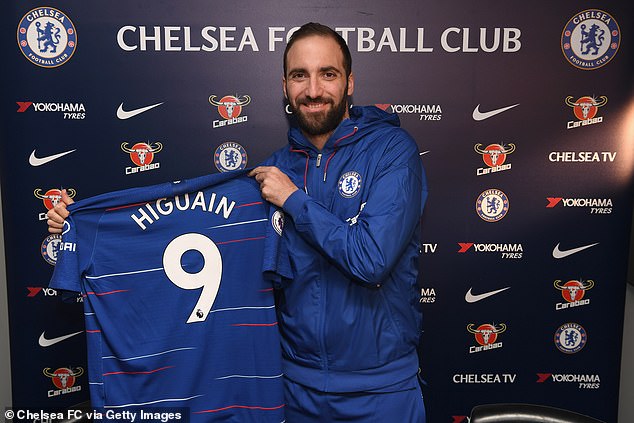 Piatek has replaced Gonzalo Higuain, who has opted to join Chelsea on loan for the season