Red Star Belgrade striker Pavkov was shown a straight red card after planting the bottom of his boot onto Sane’s left ankle in stoppage time.

Sane looked in serious pain and left the field moments later, with onlookers fearing the worst. 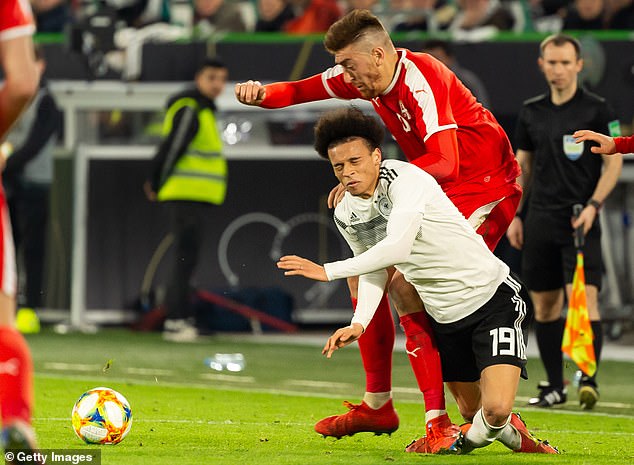 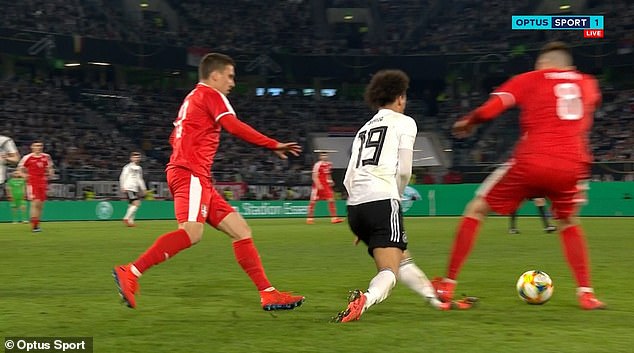 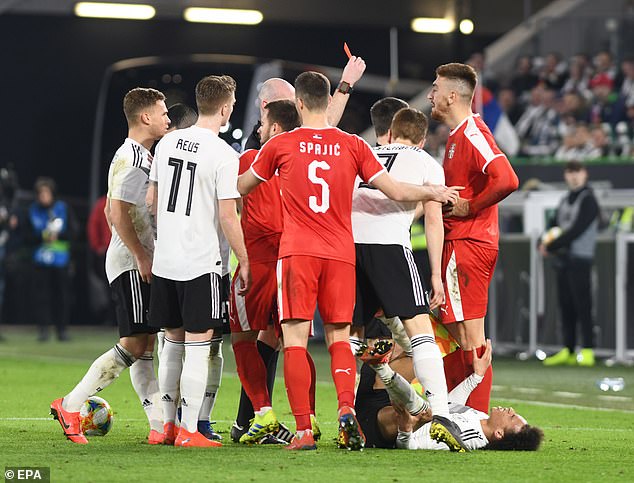 But Germany coach Joachim Low said after the match that Sane would be fit to face Holland in Sunday’s Euro 2020 qualifier.

‘It was a vicious foul,’ added Low. ‘Sane was lucky and got away with not getting hurt but such fouls can break bones.’

Germany, watched by a crowd of 26,101 at Wolfsburg’s Volkswagen Arena, fell behind on 12 minutes when Luka Jovic opened the scoring.

Marco Reus set up Leon Goretzka to equalise midway through the second half, but Germany were unable to find a winner.

The man in charge of the match was Scottish referee Bobby Madden, who has now dished out 10 red cards and 91 yellows in 36 games this season. 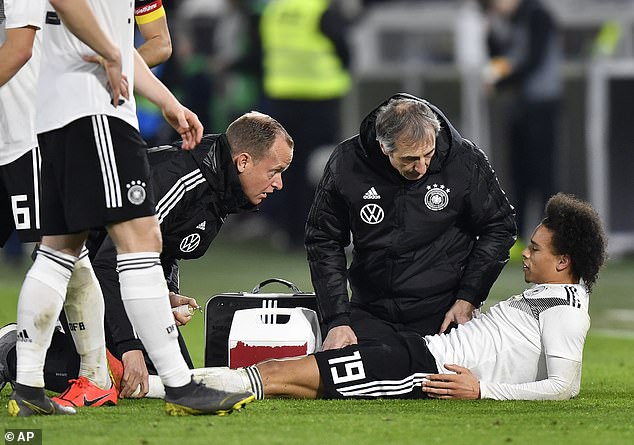 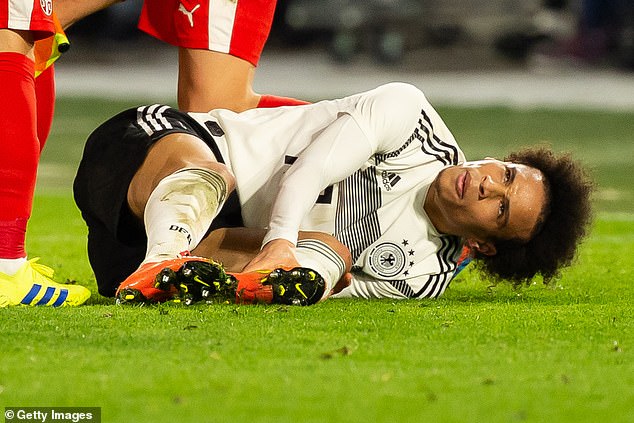 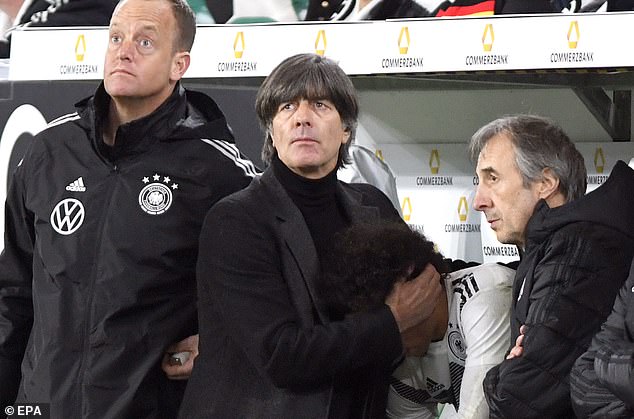 But Joachim Low, pictured (centre) comforting Sane, said that the winger will be fit for Sunday