England take on Turkey on Sunday as Roy Hodgson looks to confirm his squad for the European Championships. 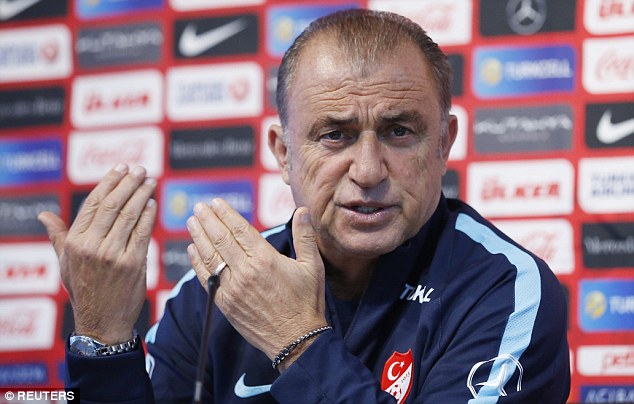 Nicknamed ‘The Emperor’, Fatih Terim is a confident character who has taken charge of Turkey three times 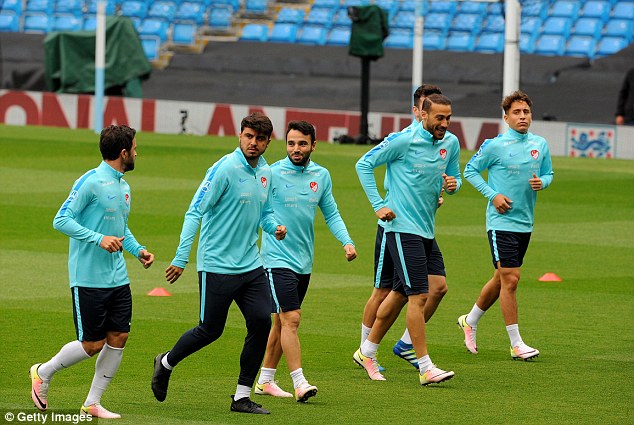 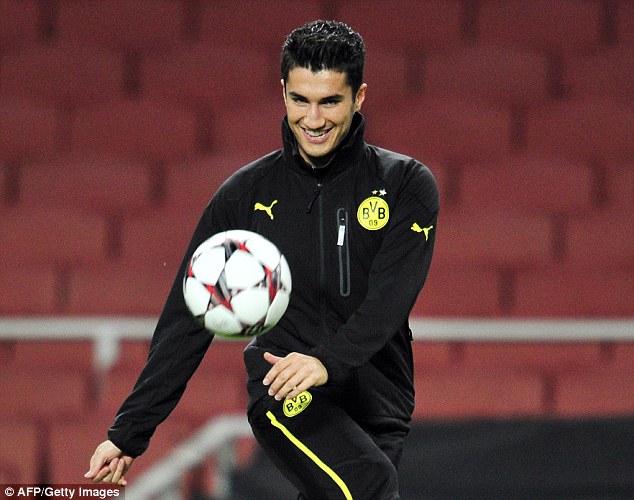 HOW GOOD ARE THEY?

Ranked 13th in the world, three places behind England, Turkey qualified for Euro 2016 ahead of Holland. But their line-up against England will be very different to the team that faces Croatia in their opening game in Paris on June 12.

In addition, nine players in Fatih Terim’s squad play for either Galatsaray or Fenerbahce, who will have one eye on Thursday’s Turkish Cup Final in Antalya.

Hakan Calhanoglu of Bayer Leverkusen is regarded as the finest free-kick specialist in the modern game and will be Turkey’s star man at the City of Manchester Stadium. The 22-year-old has previously been linked with a move to Manchester United.

Emre Mor, 18, is tipped for great things and could make his full international debut on Sunday. He plays his club football in Denmark for Nordsjaelland and he’s on the watch list for scouts all over Europe, including Manchester City. He’s played for Denmark at under-17s, 18s and 19s level but has opted to represent Turkey.

Alper Potuk, 25, is a box-to-box midfielder with Fenerbahce and is unlikely to give Dele Alli or any other England players a minute’s rest. 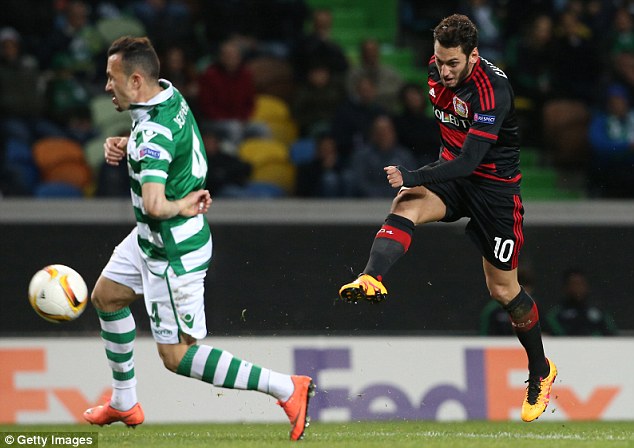 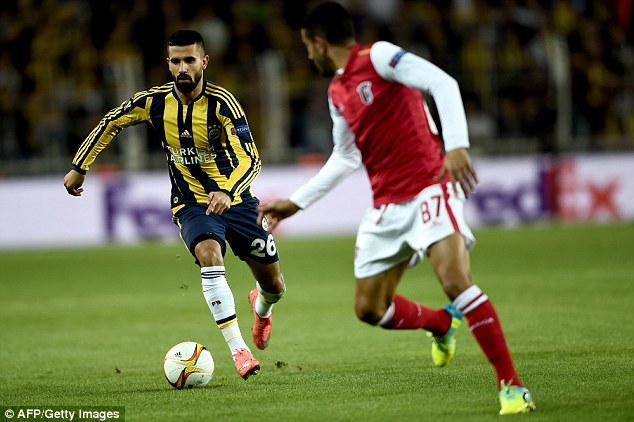 Alper Potuk, left, is a highly talented box-to-box midfielder and is unlikely to give England’s players an inch

WHAT ABOUT THE GAFFER, FATIH TERIM?

Known as The Emperor – a nickname he allegedly gave himself – Terim isn’t short of self-confidence, and divides opinion despite his incredible career.

This is the 62-year-old’s third spell in charge of his country with the highlight coming at Euro 2008 when Turkey reached the semi-finals after an epic win against Croatia. At club level, he led Galatasary to the 2000 Uefa Cup, beating Arsene Wenger’s Arsenal in the final, and briefly managed AC Milan.

A forceful character, each Turkey player will know exactly what is expected of them, while Terim…