Nations League Q&A: England secure semi-final spot with victory against Croatia… so what happens next?

You wait 22 years for England to reach a semi-final and then two come along in less than 12 months!

By topping their group, Gareth Southgate’s men have qualified for the Nations League semi-finals in June next year.

Here, we explain how England can lift their first significant silverware since 1966… 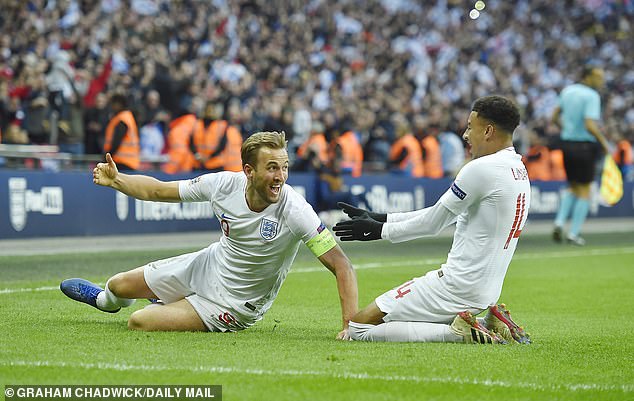 HOW DO THE FINALS WORK?

Switzerland’s stunning 5-2 win over Belgium on Sunday night saw them join England and Portugal in the Nations League finals.

Holland will complete the quartet if they avoid defeat against Germany on Monday night but if they lose, France will qualify instead.

The semi-finals take place on June 5 and 6 before a third-place play-off and final on June 9. The semi-final draw takes place in Dublin on December 3. 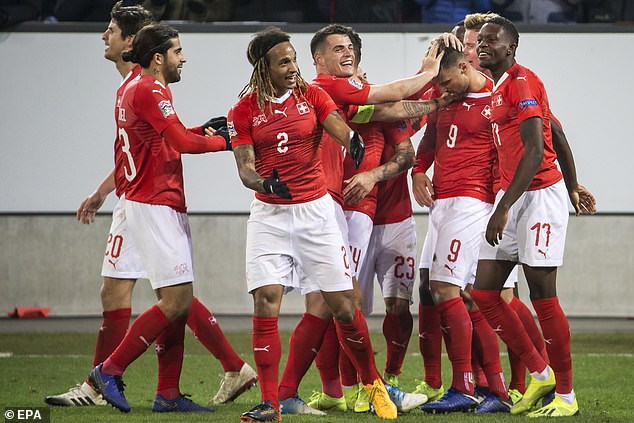 WHERE ARE THEY TAKING PLACE?

Portugal will host the finals in two cities — Porto and Guimaraes

WHAT ARE THEY PLAYING FOR?

England are hoping to become the first team to win the Nations League trophy.

Weighing 16½lb, standing 28in tall and made from sterling silver, let’s hope Raheem gets to lift it! 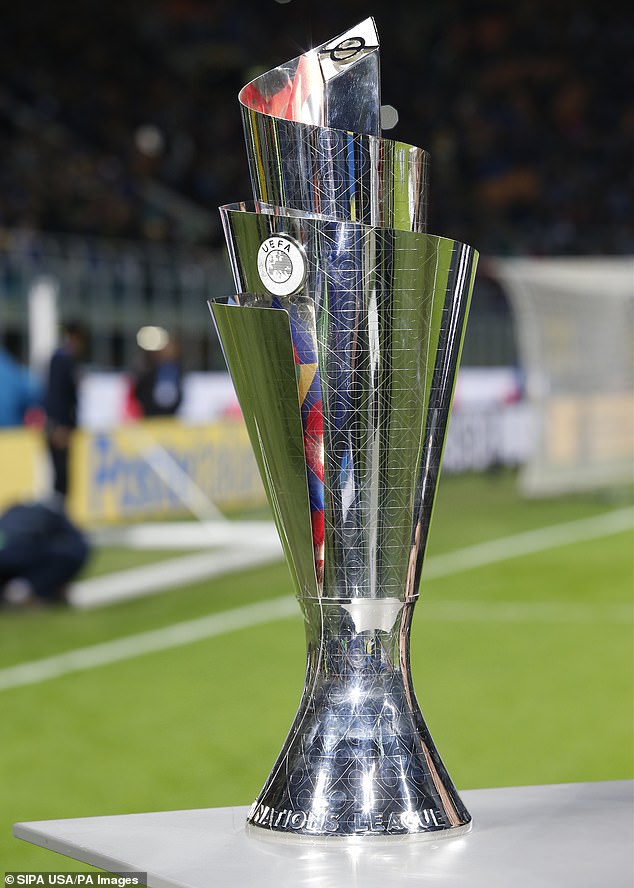 BUT WHAT ABOUT THE EURO 2020 QUALIFIERS?

England will begin their qualification campaign for Euro 2020 in the nextinternational break in March 2019. This is their route to the tournament..

HOW DO ENGLAND GET TO THE EUROS?

England will be placed in one of 10 qualifying groups at a draw in Dublin on December 2.

The top two teams from each group will qualify for Euro 2020. Qualifying will take place between March and November.

England will be in a five-team group to accomodate their Nations League finals matches. 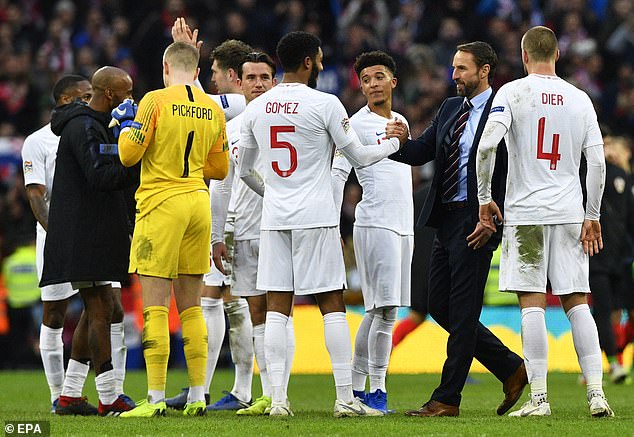 WHAT ABOUT THE PLAY-OFFS?

Joining the 20 qualified teams will be four play-off winners.

The play-offs are made up of teams who won their Nations League group. It means England are guaranteed a play-off place if they fail to qualify for Euro 2020.

If they do qualify, their play-off place goes to another team who has not yet done so.

WHEN AND WHERE ARE THE EUROS?

Rather than being hosted in one country, the next European Championship will be held across Europe between June 12 and July 12, 2020.