Giuseppe Rossi has been spotted out and about in Manchester as he trains with his old club 11 years after leaving for pastures new.

The 31-year-old striker is on the hunt for a new club, and has been invited back to train under the stewardship of his former team-mate Ole Gunnar Solskjaer.

Rossi was spotted in the city centre on Monday night, where he looked in high spirits as he walked along the street with three friends. 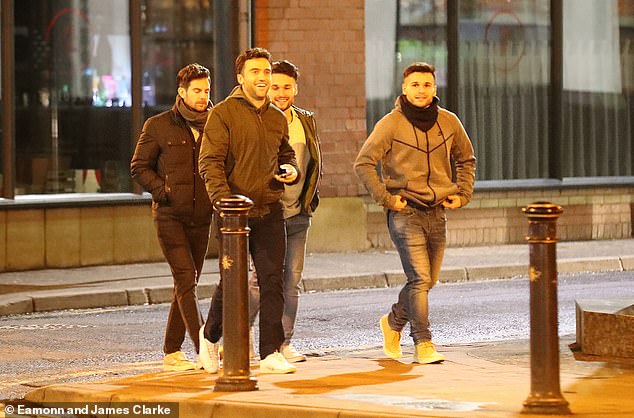 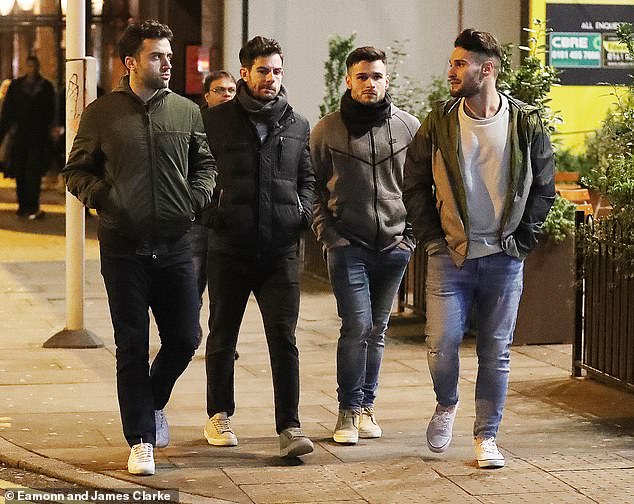 The party of four tried to get into the Tapeo & Wine Spanish restaurant, owned by Manchester United midfielder Juan Mata, but it was closed.

While United have admitted they are unlikely to sign the front-man themselves, boss Solskjaer was quick to heap praise on his ability in training this week.

‘We’re not going to sign Giuseppe I think, no, but he’s trained well with us,’ Solskjaer said, before he revealed how Sir Alex Ferguson was impressed by his finishing.

‘He looks sharp, he’s looking for a club so Giuseppe is probably going to stay with us for another week, unless someone takes him.

‘He scored a fantastic goal yesterday [Saturday] in training. The gaffer [Sir Alex Ferguson] turned around and said “what about that son?”

‘It’s a bit of us helping him to get fit before his next move, so if there are any takers you should be quick!’ 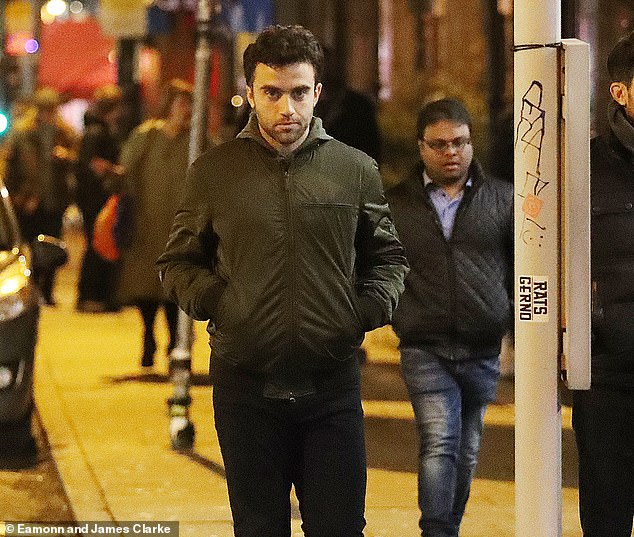 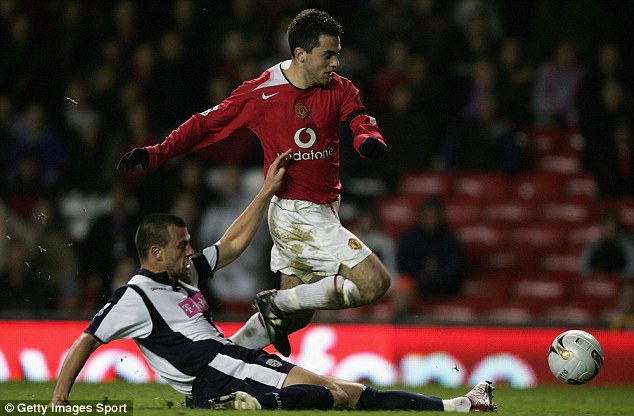 Rossi is a product of United’s youth system, making 14 appearances in all competitions

Rossi is a product of the Old Trafford academy, making 14 appearances in all competitions under Ferguson before making a permanent switch to Villarreal in 2007.

However, Rossi’s ascent was detailed by a string of major knee injuries and the American-born forward has been without a club since leaving Genoa in the summer.

The Italy international, who it was announced in October avoided a ban following a positive test for dorzolamide, is now building up his fitness back at United. 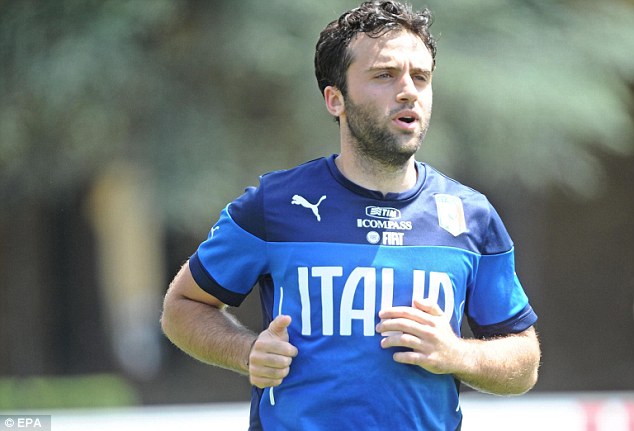