Who is joining England in Nations League semi-finals next summer?


England seek their first competitive trophy since 1966… but who is joining them in Nations League semi-finals?

By Matt Barlow for the Daily Mail

After Holland fought back to draw with Germany on Monday night, the three teams joining England in the December 3 draw for next summer’s Nations League semi-finals are… 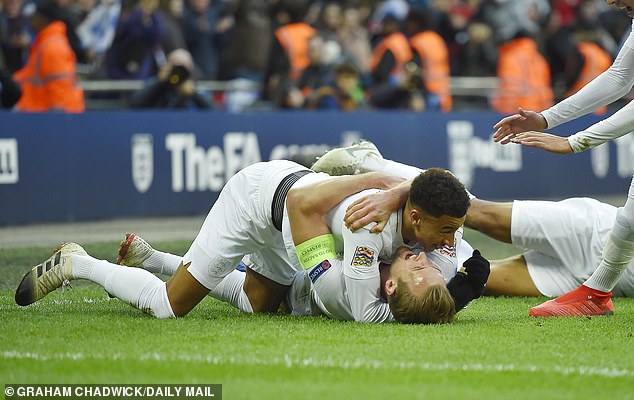 England have been joined in the Nations League by Holland, Switzerland and Portugal

Revived by Ronald Koeman after failing to qualify for Euro 2016 and the World Cup to top a group containing Germany and France. Youngsters have blended with established stars, while Memphis Depay is back to top form.

Star Man: Memphis Depay. Flop at Manchester United, but has had his confidence restored at Lyon and is thriving under Koeman. Depay has scored seven in nine games for club and country.

Manager: Ronald Koeman. Popular appointment who has made a big impact. ‘We have shown that we have broken the slump but I didn’t expect we would be so much better,’ said Koeman after beating France. 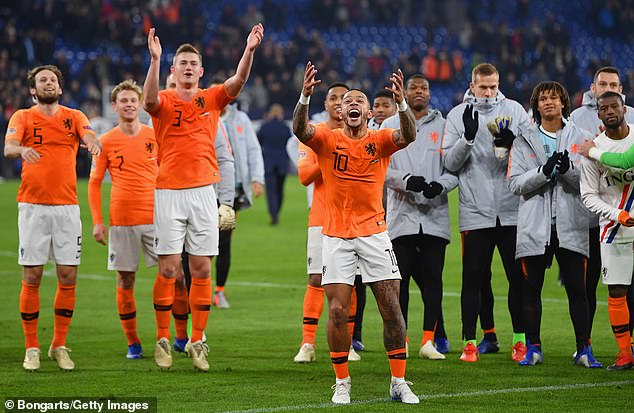 Failed to score against England in a friendly in September but have been prolific since, with seven goals in their last two Nations League games. They hit five against Belgium as they came back from two down on Sunday. Held Brazil to a draw at the World Cup but lost to Sweden in the last 16.

Star Man: Haris Seferovic. He could not get into the Benfica team last year but he has fought his way back to become a key man for his club. He has been the hero of the Swiss campaign and scored three against Belgium.

Manager: Vladimir Petkovic. Has made steady progress in his four years at the helm with Switzerland. Granit Xhaka stars in midfield and Xherdan Shaqiri plays off Seferovic in attack. The European champions qualified without Cristiano Ronaldo from a group including Italy and Poland. Andre Silva’s goal beat Italy in Lisbon and both he and Bernardo Silva were on target in Chorzow as they beat Poland. They saw off the Italians with a goalless draw in Milan.

Star Man: Bernardo Silva. He has made a wonderful start to his second season at Manchester City, and has taken the same form into international football.

Manager: Fernando Santos. His legend is safe after winning Euro 2016. His team did little wrong before losing to Uruguay in the World Cup. Recently…

Wales vs Trinidad & Tobago, LIVE – Plus Germany vs Serbia