Germany are preparing for their new era, and the fresh-look squad put in their first training session together on Monday ahead of their upcoming international friendly with Serbia.

Manager Joachim Low recently controversially axed some of the Mannschaft’s veteran stars from the World Cup-winning era, in favour of promoting youth through the ranks.

The absences of Mats Hummels, Thomas Muller and Jerome Boateng were apparent as the revamped squad went about football business at their Wolfsburg base. 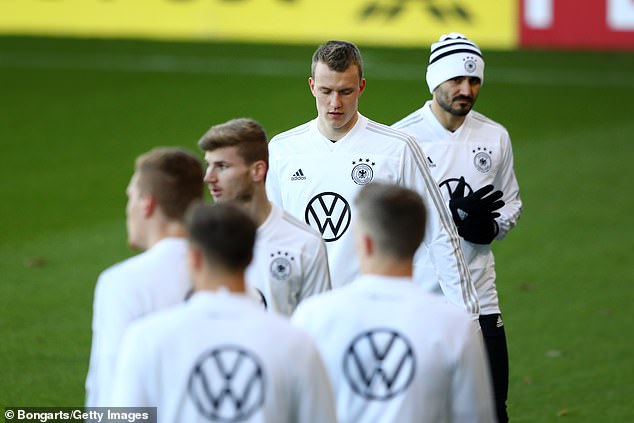 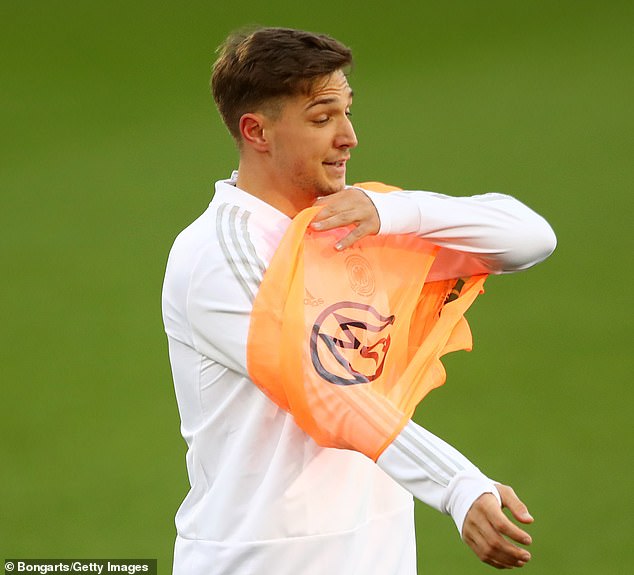 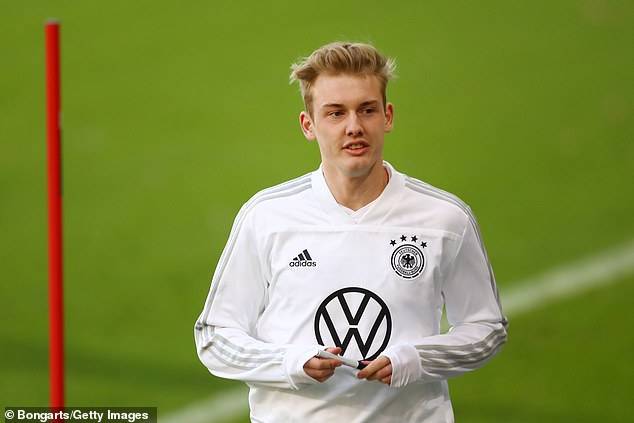 Julian Brandt took part in Monday’s session, and is expected to be a leading light for Germany 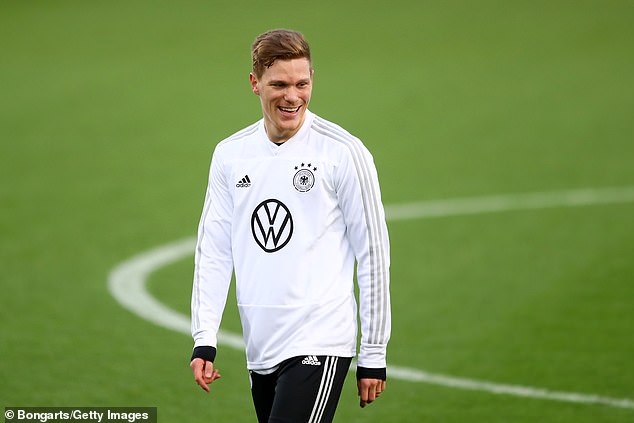 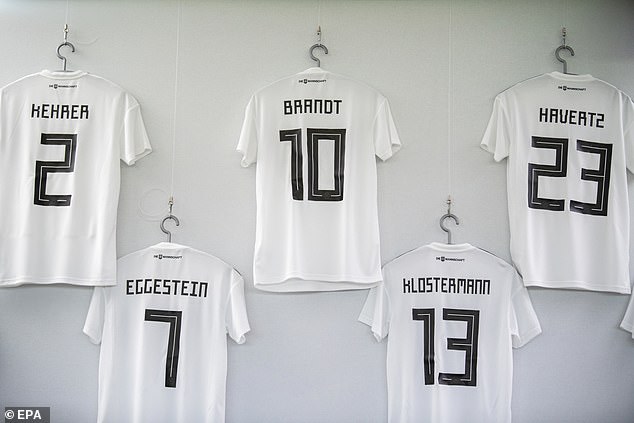 The highly rated Bayer Leverkusen playmaker Kai Havertz has also been handed another opportunity among the big guns of German football, and is expected to be a permanent fixture in the years to come.

Low’s actions mean a youthful base has been solidified in the German national side, with the likes of Leroy Sane and Timo Werner now becoming more experienced members of the side as a result.

Some of the old guard still exist, however, with Borussia Dortmund’s Marco Reus and Manchester City’s Ilkay Gundogan remaining in the thick of the action – the latter receiving a first recall back into the squad since September 2018. 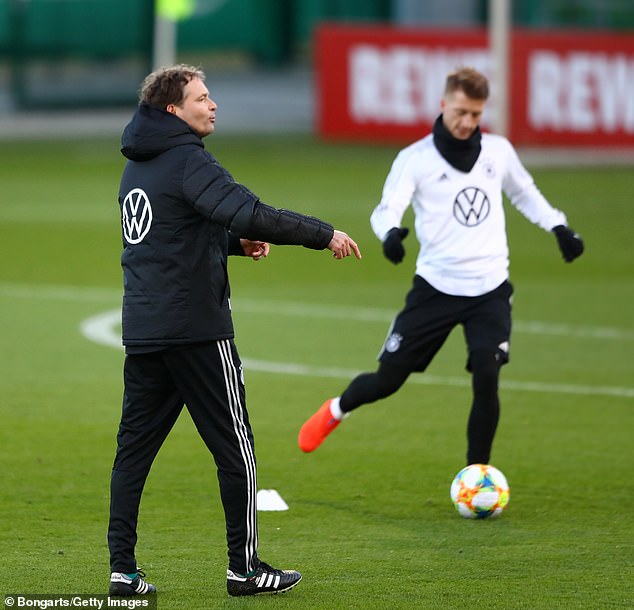 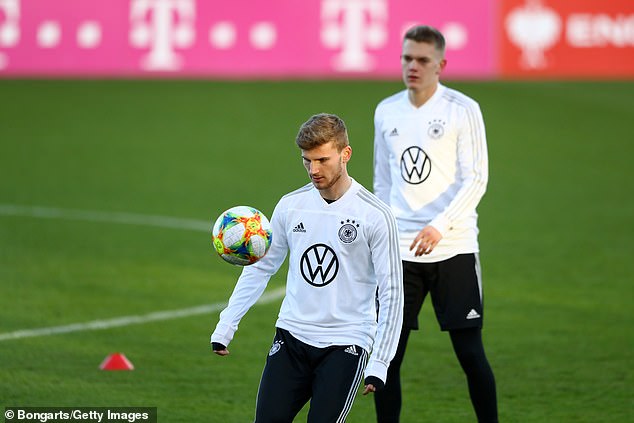 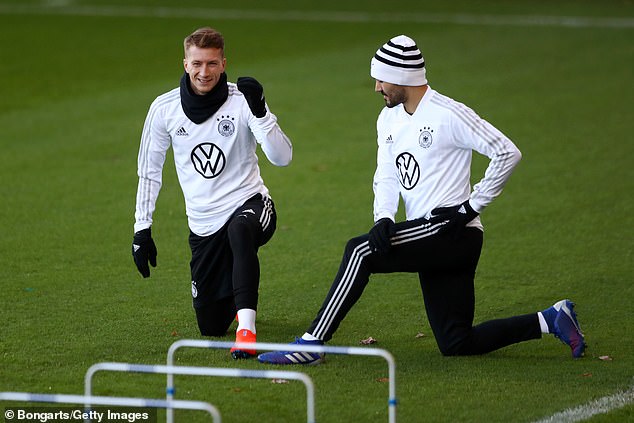 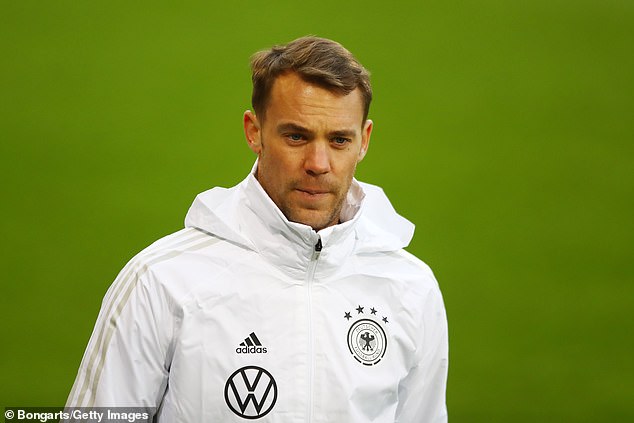 Low has insisted he will be sticking with captain Manuel Neuer, despite questionable form

Assistant coach Marcus Song took Monday’s session, putting the players through their paces with various drills in order to get a gauge on current fitness levels and sharpness.

Germany face Serbia in a friendly encounter on Wednesday, before going up against Holland in a crunch Euro 2020 qualifier on Sunday.