‘I knew he might catch me out’: Norway keeper Rune Jarstein told friends about Sergio Ramos’ Panenka penalties… but was still left red-faced

Norway keeper Rune Jarstein admitted he knew a Panenka might be coming as Sergio Ramos repeated his favourite trick to give Spain a 2-1 win over Norway.

Jarstein told Uefa: ‘I was determined to stand up as long as I could because I knew he might catch me out. I had spoken to friends about it.

‘But at the last minute I went down to my right. It was a mistake.’ 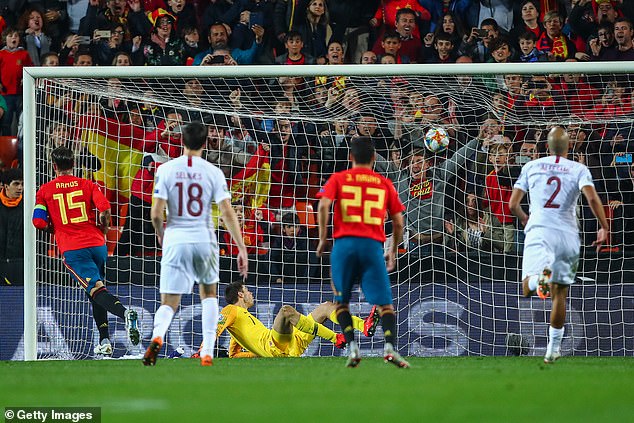 Morata won the Spain penalty that Ramos converted with that ‘Panenka’ style spot-kick in a 2-1 win over Norway.

Asked if he had noticed a difference in the player since he moved on loan to Atletico Madrid he said: ‘Yes I have. He was spectacular for us because of the work he put in.

‘I think he looks much better in terms of confidence. He always has a good attitude but he looks more confident now.’ 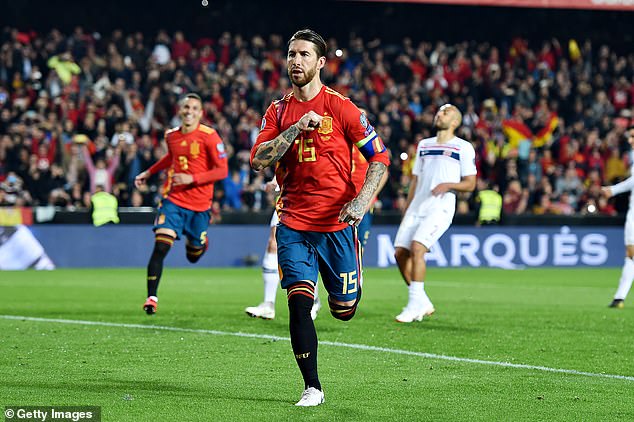