But the stewards weren’t playing around when kids tried to join in the national team’s training session at the VEB Arena in Moscow.

As the Russian side stepped up their preparations for the clash with Saudi Arabia at the Luzhniki Stadium on Thursday, a group of youngsters were desperate to meet their heroes. 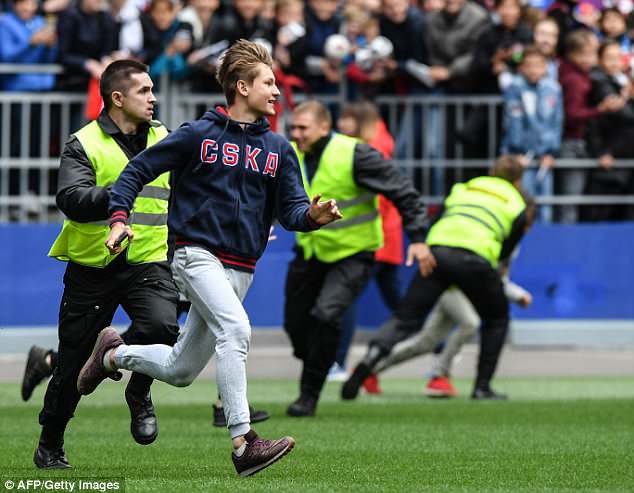 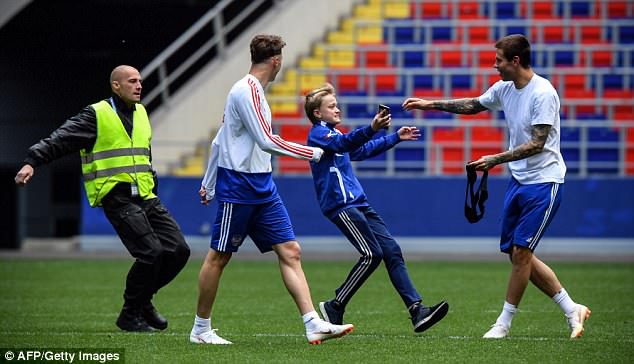 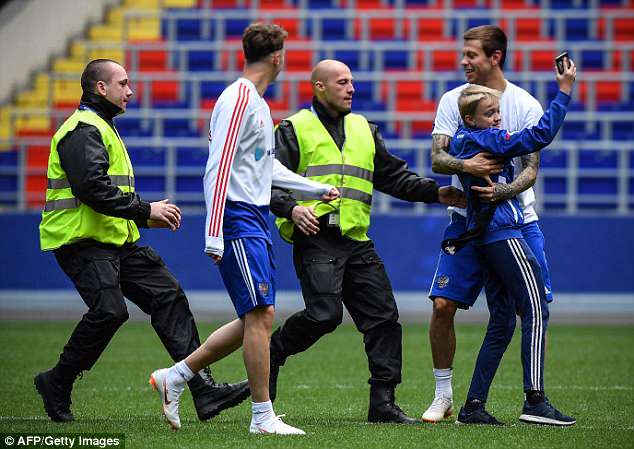 But as they ran on to the pitch they were quickly stopped in their tracks by stewards.

All kick-off times are BST

One appeared to race past the men in high-vis jackets and managed to nab a selfie with forward Fyodor Smolov before he was detained.

Another, wearing a CSKA hoodie, was less successful and stopped by two members of security.

With teams beginning to fly out for the tournament, anticipation is growing in Russia ahead of the festival of football.

After facing Saudi Arabia on Thursday, Russia play Egypt on June 19 before concluding their group stage matches by taking on Uruguay on June 25.

Russia are rank outsiders in their own back yard this summer, having fallen to No 70 in the world – making them the weakest nation at the tournament. 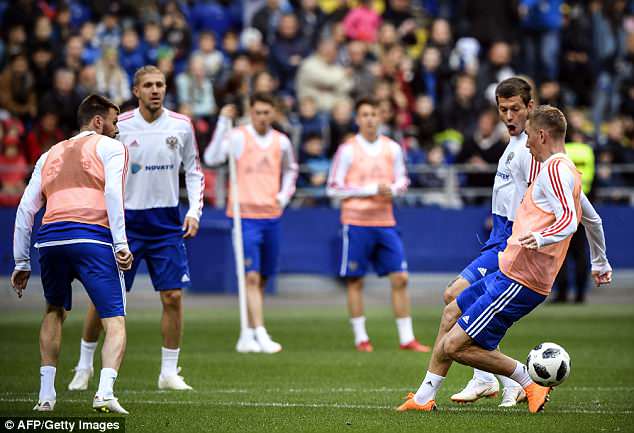