For many modern day footballers part of the dream of growing up to be a professional is to find yourself on a video game ready to control, transfer and score outrageous goals playing as your character.

Of course the main goal is to actually get out on to the pitch and feature for a professional club, something Mark Wright finally achieved last month when at the age of 33 he made his Crawley Town debut in an FA Cup win over Leeds.

After cracking the big time with the League Two side, the TOWIE star has also been added to the FIFA 21 video game… but he has been ranked as the worst player in it with a rating of just 47 (out of 99). Wright, pictured as his in-game persona, is officially the joint worst player in the video game

Making your debut at such a late age and missing out on nearly 15 years experience appears to have counted against the defender  – who has since turned 34.

But if that is not enough he has been given the lowest rating on his weak-foot as one-star while he is also ranked low for defensive and attacking work rates.

In the context of other players, other League Two ratings hover around an average of 62.

His rating in the game could also get worse for those playing the career mode in the game as his advancing age limits his potential to probably no more than his 47 rating and will likely see him decline. 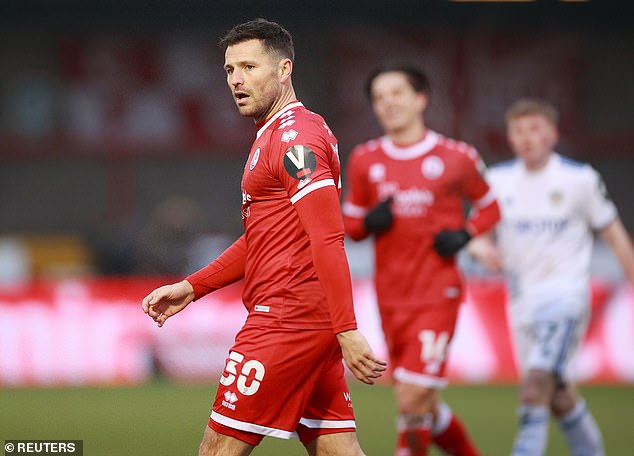 Wright was on the books at Tottenham Hotspur as a teenager but was released in the summer of 2005 having failed to make the grade, which he has since admitted was down to him not being committed enough.

Although he has since played semi-professional in non-league, he finally got his chance to impress at a Football League side when he joined Crawley on a non-contract basis in December.

After coming on against Leeds in the final minute of the club’s shock 3-0 win in the third round of the Cup, he then made his Football League debut earlier in February against…

Read More:Towie star Mark Wright is added to FIFA 21… but he is the WORST player on the