Borussia Dortmund striker Haaland stunned the reigning Bundesliga and European champions with two goals in the first nine minutes in their match on Saturday.

Bayern roared back, equalising before half-time and eventually ending victorious in a 4-2 thriller thanks to a Robert Lewandowski hat-trick. 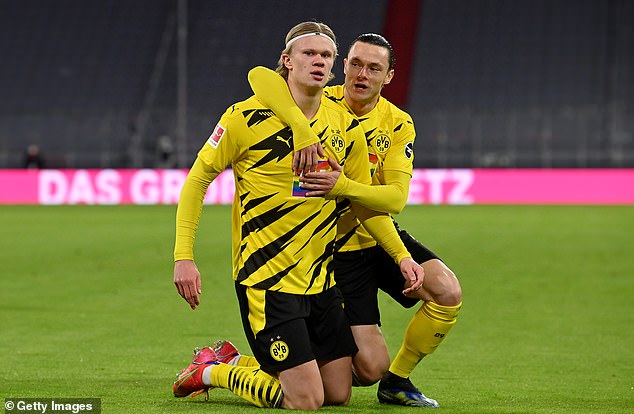 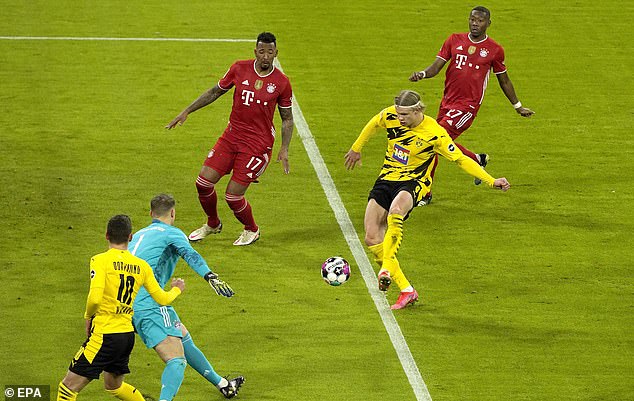 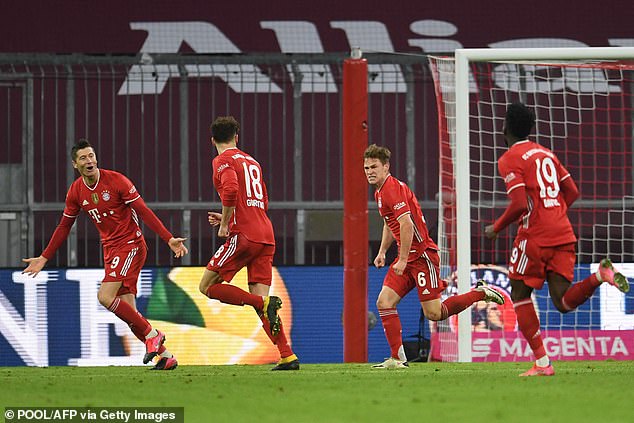 And manager Hansi Flick talked up a potential plan to make Haaland the Pole’s successor up front at the Allianz Arena.

He told Sky Germany before the match: ‘Very, very much is possible in life, nothing can be ruled out.

‘But that is a long way off. He has a long-term contract in Dortmund and is an option for many top clubs.’ 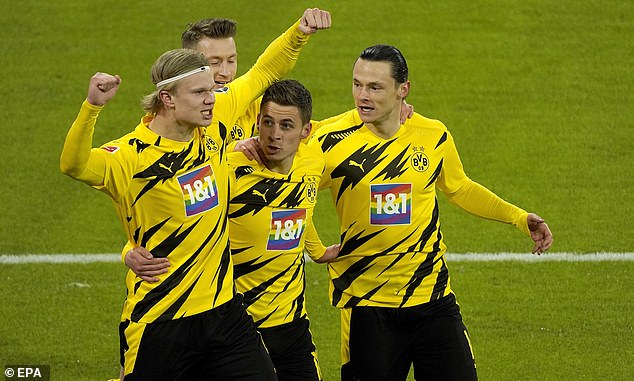 Before Der Klassiker, Norwegian Haaland had scored 27 goals in just 27 matches this season

The 20-year-old wonderkid scored 27 goals in 27 matches this campaign before Der Klassiker, marking him as one of the world’s hottest properties.

He has a £65million release clause which comes into effect in 2022, while Dortmund may sell him even earlier if they fail to qualify for the Champions League or if they need the money due to the crippling financial effects of the coronavirus pandemic. 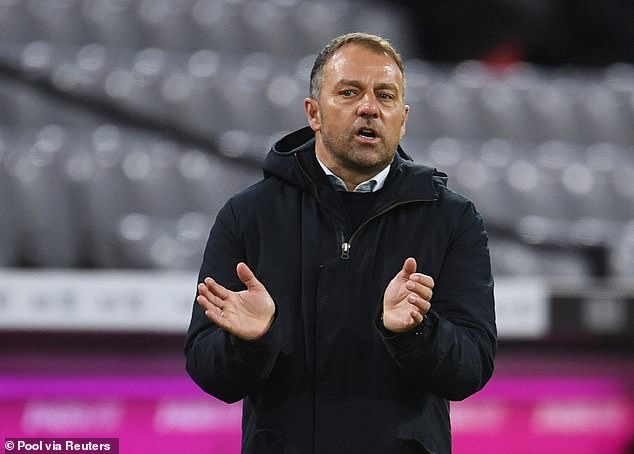 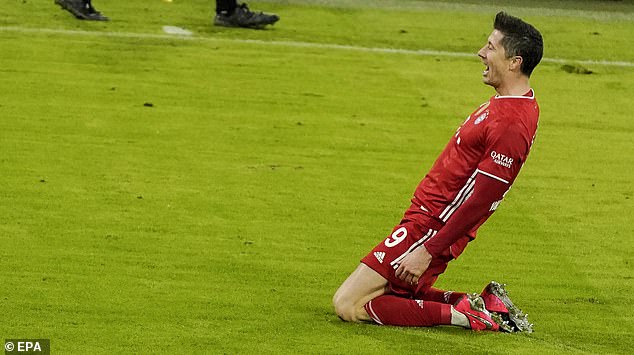 Haaland may be seen as a successor to Lewandowski, who moved from Dortmund back in 2014

But Bayern might hope to persuade him to join in the wake of Lewandowski’s infamous move from Dortmund to Bayern in 2014.

The 116-cap international he has won 16 trophies since then, scoring 283 goals in 322 appearances in all competitions for the Bavarian side.

The 32-year-old’s sustained success could demonstrate to the young Norwegian the pathway to global acclaim, following in the footsteps of Lewandowski, Mats Hummels and Mario Gotze.