Lionel Messi will give Barcelona and would-be suitors an answer on his next move at the end of the season.

The 33-year-old congratulated Joan Laporta on winning the club presidency on Monday but Sportsmail understands that turn of events has not changed Messi’s plans.

Messi voted in the election having been critical of the previous regime under Josep Maria Bartomeu, who he accused of going back on his word last summer when the Barcelona talisman announced his desire to leave. 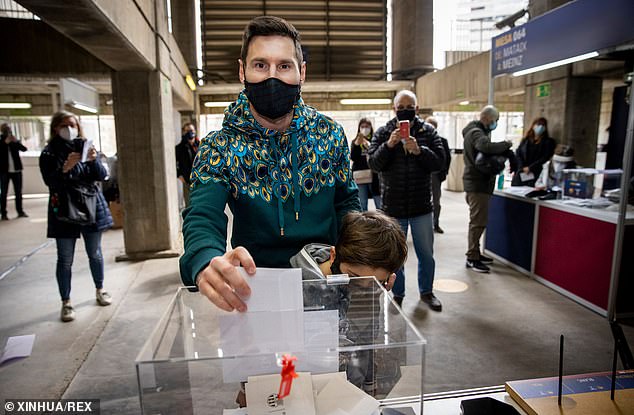 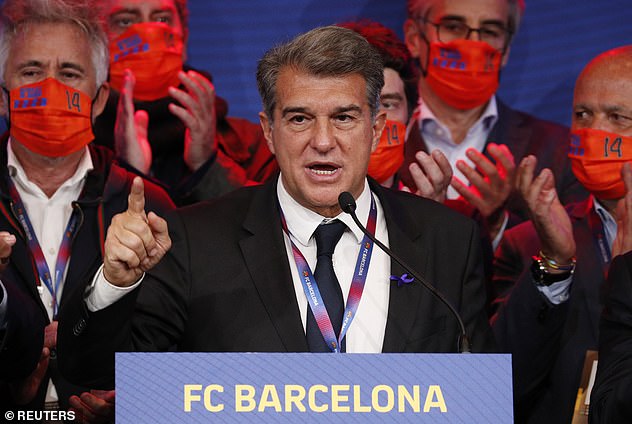 Laporta told reporters on Monday that he is convinced Messi would like to stay yet the brilliant Argentine remains torn and will make his decision at the end of the season.

Interest remains from Manchester City and Paris Saint-Germain though Messi, his father Jorge and representatives are not in talks with any suitors at the moment.

They remain open minded to both options with sources close to the player saying he is ’50/50 whether to stay at Barcelona at this stage’. 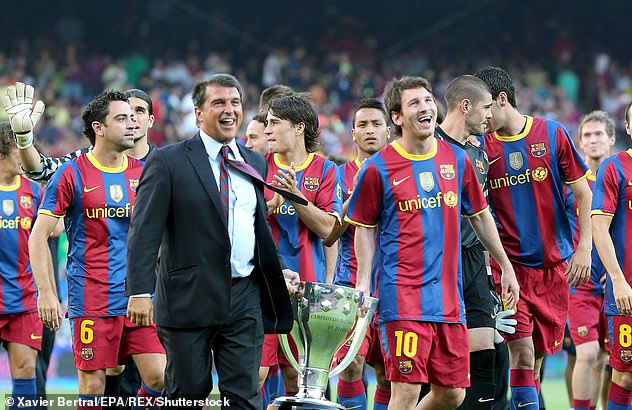 Though Messi would be on a free transfer, his wages are considerable and that would be an obstacle for any club particularly under the current climate and absence of crowd revenue.

Barcelona are crippled by debt and Messi is their biggest earner on wages reported to be around £77million a year.

Laporta, who previously served as president between 2003 and 2010, is determined to make his promise a reality and tie Messi down to a new contract after winning the election by a huge margin. 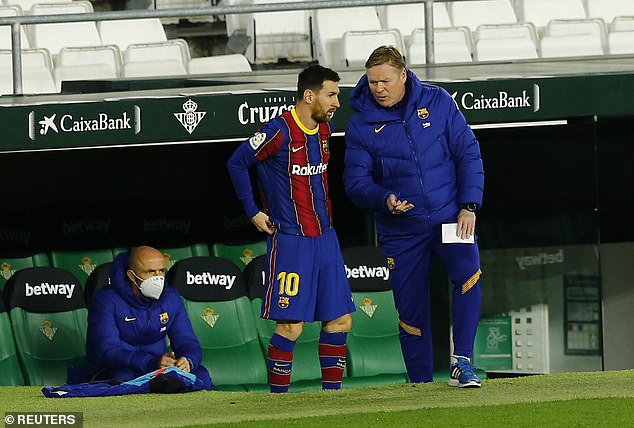 Speaking after his victory on Sunday night, Laporta said: ‘Seeing Lionel Messi coming to vote today, seeing him taking part, that is very telling. Twenty years ago [he] made his debut with Barca’s youth team.