Barcelona wonderkid Ilaix Moriba’s father has revealed he cancelled his son’s flight to Manchester ahead of a proposed move to Pep Guardiola’s City side.

The precocious 18-year-old’s youth contract was set to expire in January 2019, with Manchester City and Juventus eager to sign him, before he eventually renewed terms with the Catalan giants. 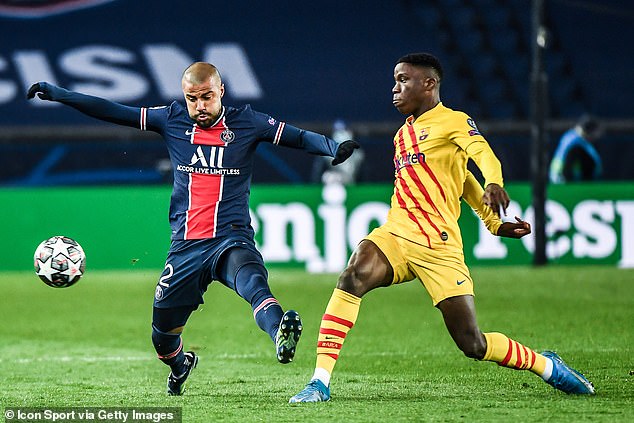 But the Guinea-born star almost moved to the Etihad before his father’s dramatic late intervention.

Mamady Kourouma told Sport: ‘With Barca, the negotiations (over his first professional contract) did not advance. We met with Txiki Begiristain (Manchester City sporting director) and he explained his entire project to us.

‘We liked it because they bet a lot on him. A few weeks later we had the tickets to travel to Manchester and sign the contract. 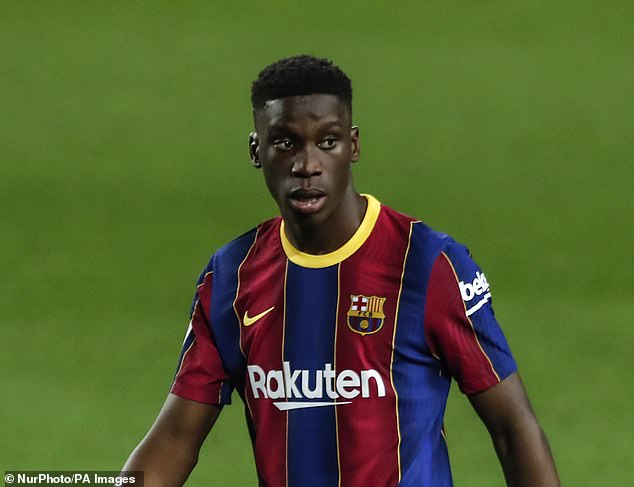 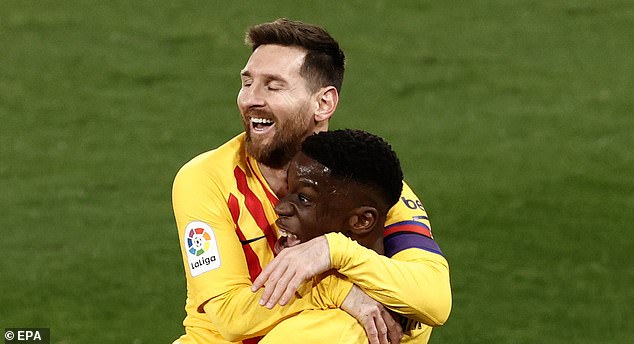 ‘I cancelled it the morning we had to go there. I wanted Ilaix to be an example and a reference for the next generations of Barca.

‘His friends were gone. If he stayed, it was proof that Barca was betting on the youth players. We managed to reach an agreement where we all came out winning.’

Moriba joined Barcelona from regional rivals Espanyol in 2010, broke into the club’s B team at just 17 and is already considered part of Barcelona’s short-term future despite his tender age. 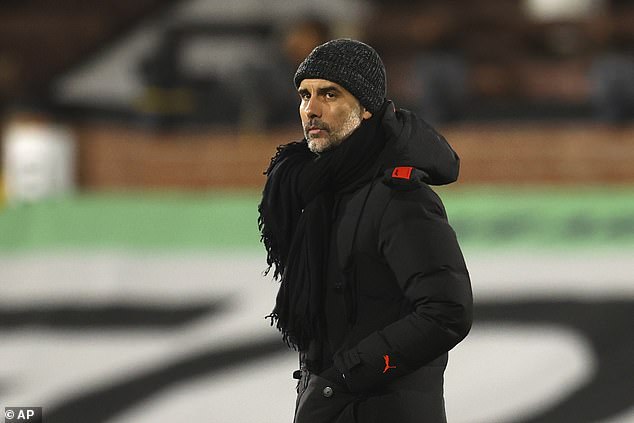 Boss Pep Guardiola had hoped to see him follow Yaya Toure, who joined City from Barcelona

The teenager scored his first ever senior goal for the club against Osasuna on March 6, at exactly the same El Sadar ground and end of the pitch that Ansu Fati, Barcelona’s youngest ever scorer, did.

He has been compared to Paul Pogba – also of Guinean descent – and City icon Yaya Toure due to his technical skills, physicality and decision making.

The Citizens poached Toure from the Nou Camp in 2010, winning eight trophies including three Premier League titles in a glittering spell, but Moriba will not yet be following in his footsteps.

Ronald Koeman’s side host bottom side Huesca on Monday in third, knowing they can leapfrog Real Madrid and go four points off leaders Atletico Madrid if they win.