By Dominic King for MailOnline

Jurgen Klopp has categorically ruled himself out of becoming Germany’s next manager this summer and has committed himself to Liverpool until 2024.

Joachim Loew announced on Tuesday that he will stand down after the European Championships and that led to speculation that Klopp would be the perfect candidate to follow. Liverpool’s manager, however, has made it clear that, at this moment, the German Federation should look elsewhere.

Though Liverpool, who face RB Leipzig on Wednesday night, have endured a miserable sequence of form and do not appear likely to finish in the top four, owners Fenway Sports Group are unequivocal in their belief that Klopp remains the man to oversee their project. 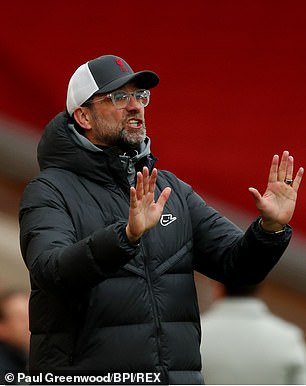 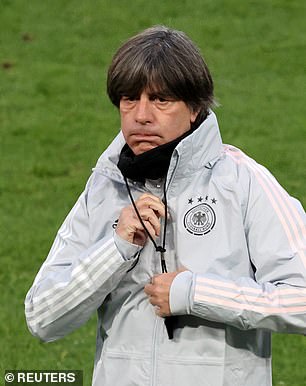 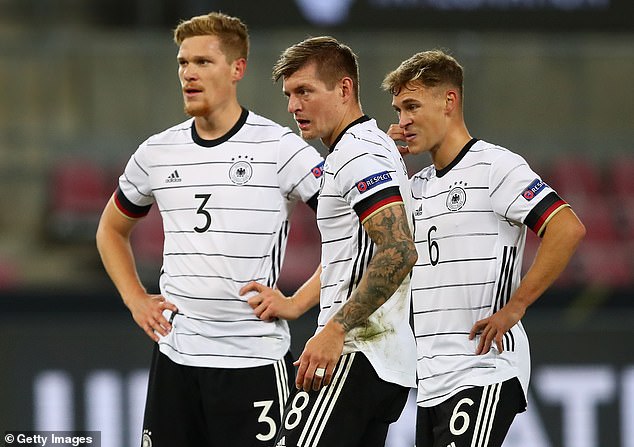 Klopp had been the early favourite to replace Low, who quits a year prior to the end of his deal

Crucially, Klopp is also happy on Merseyside and he intends to honour the deal he signed in December 2019 that has another three years to run. Should he see it out, a nine-season stay would make him Liverpool’s longest serving manager since Bob Paisley.

‘If you want to ask if I am available for the job of the coach of the German national team in the summer… “No”,’ said Klopp. ‘Jurgi Low did an incredible job for so many years, I think he is the longest servant we had in Germany but for sure one of the most successful.

‘I understand he wants to have this highlight for him of the European Championships and try to squeeze everything out what he can from this tournament and then someone else will do the job. I’m pretty sure with the amount of really good German managers at the moment the German FA will find a good solution.’

When pressed further, Klopp said: ‘I just said what I would say to people when they mention names like mine. I said no, after this summer, I will not be available as a potential coach for the German team.

‘I have three years left at Liverpool, that’s a simple statement, a simple situation.

‘You sign a contract and you normally try to stick to that contract don’t you? I had a contracts in Mainz where I stuck with them even though there was interest from other Bundesliga teams with more money. It is just timing. If it doesn’t work out you don’t have to lose any sleep over it.’ 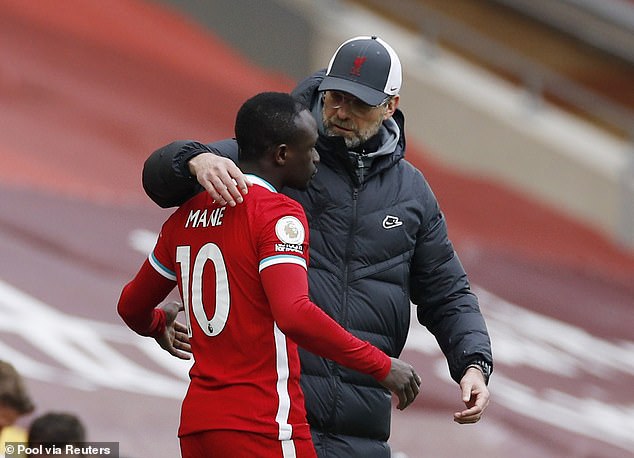 But the Reds boss insists he has no…