Barcelona full back Sergino Dest has admitted that it was not an ‘easy’ decision to leave Ajax for the Nou Camp last summer – and that he still misses Dutch cheese!

The USA star made a £19million move to the Spanish giants last October and has since gone about establishing himself as Ronald Koeman’s first choice right back.

But Dest, who was born in Holland and spent his entire life there before leaving for Barca, has not had the most straightforward of seasons, having had to settle in Spain in the middle of the coronavirus pandemic. 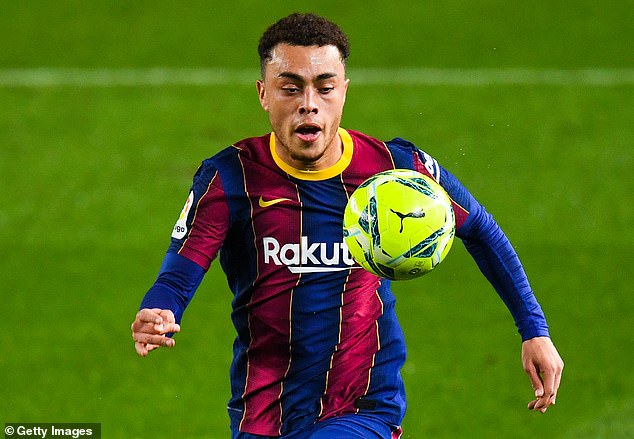 The 20-year-old is looking forward to enjoying everything Barcelona has to offer when the city reopens properly, even if he is missing Amsterdam.

Asked about his decision to leave Holland behind and join Barca, Dest, who is the new face of Nike Underwear, said: ‘Yes. It was not easy, of course. I miss Holland sometimes. But Barcelona is also a great city. So, I feel good over here.

‘There are still a lot of things for me to see here in Barcelona, of course, because of the whole Covid situation. But even then I still really like it here.

‘I’ve heard from people that once this whole situation is over, or begins to return to normal again, then Barcelona is a completely different city.

‘So, for me right now, I’m just focusing on training. Then maybe for the rest of the day, I may go to the supermarket or go to eat something.

‘So, it hasn’t been too difficult to adjust here in Barcelona because it is just part of the same lifestyle.’ 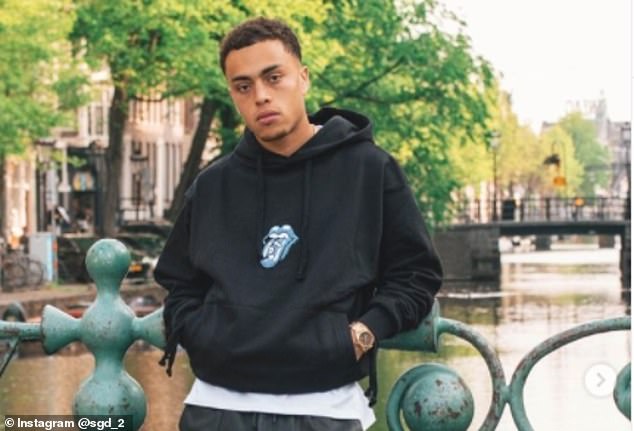 There is one thing, however, which isn’t quite the same for Dest.

‘The thing I miss the most about Holland is the cheese. Not Edam!,’ he told Nike after following in the footsteps of Manchester United’s Marcus Rashford by modelling their new spring underwear.

‘I eat different types of cheese. The one I like is a little bit spicy and salty, which I also like. In other countries their cheese just tastes a bit different.

‘It’s not the same for me like it is back at home. So, sometimes if my family visits here they will bring it for me. And yes, that is good.’

Despite missing one of his favourite foods, Dest is confident that his decision to join Barcelona was the right one – and that…

ReVARlution! New technology with instant imagery could be a game-changer for