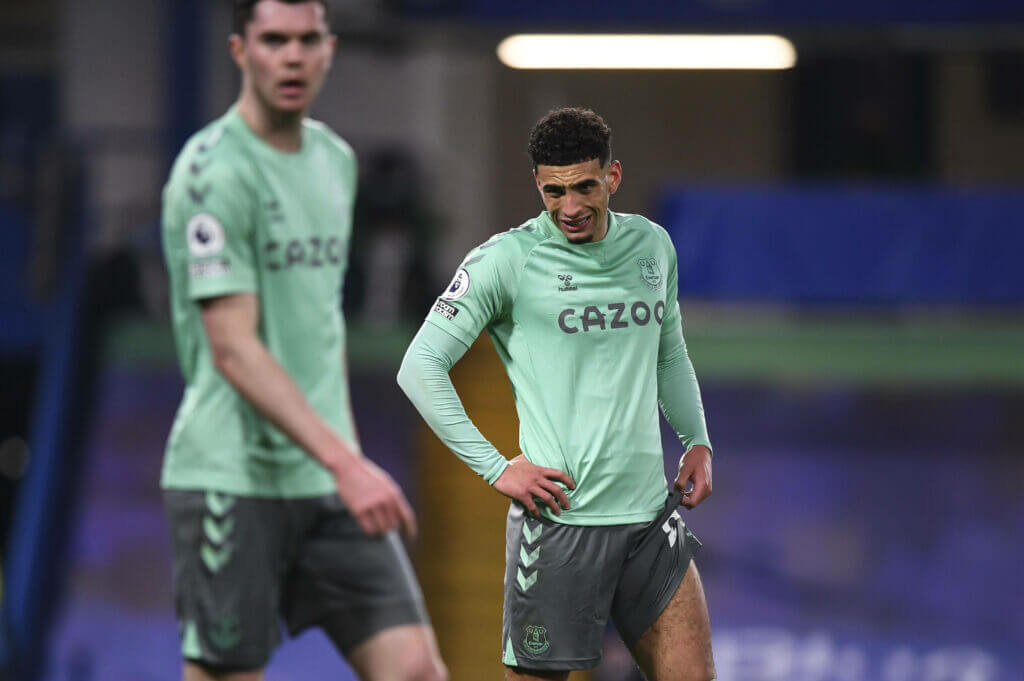 The popular football pundit was following the FA Cup clash between Everton and Manchester City on Sunday, and he looked very impressed with Godfrey.

Despite dominating possession at Goodison Park, City struggled to break Everton’s resilience, with Godfrey once again being a colossus in defence.

Lineker has suggested that the 23-year-old is getting better with every game.

Don’t want to jinx him in this game but @BenG0dfrey gets better every game I watch him play. 👏🏻

He made the comment when the scoreline was still 0-0. In the 84th minute, Ilkay Gudogan broke the deadlock after Aymeric Laporte’s shot was tipped onto the bar before Kevin De Bruyne added a second in the 90th minute.

Godfrey, who joined in the summer transfer window from Norwich City, has impressed heavily this season, and it’s easy to see why some pundits are urging Gareth Southgate to include him in the senior squad.

He is an aggressive defender who is very good at tackling. He made a very good tackle on Phil Foden during the second half and looked solid throughout the game.

Back in February, after Everton won 2-1 against Leeds United, Rio Ferdinand hailed Godfrey as a “top-tier” U-23 defender in Europe.

In other news, Everton are showing interest in Alex Meret.