Cesc Fabregas praised Italy‘s winning start to Euro 2020 by claiming they ate Turkey alive in their 3-0 win to open the tournament.

After a goalless first half, a Merih Demiral own goal eventually saw Roberto Mancini’s men break the deadlock against Senol Gunes’ men, who played very deep throughout the game.

It was followed by further strikes from Ciro Immobile and Lorenzo Insigne which saw the Azzurri – who were fluid in possession – take an early advantage in Group A. 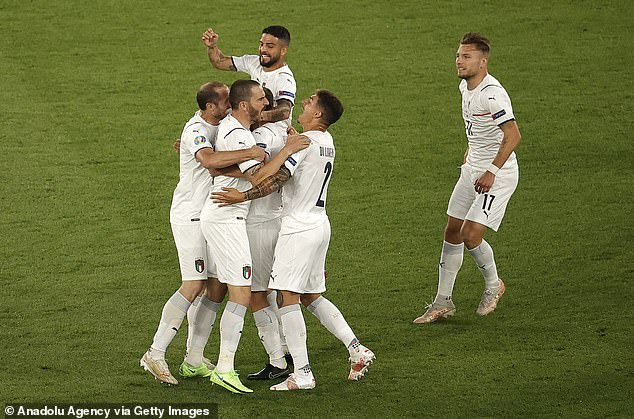 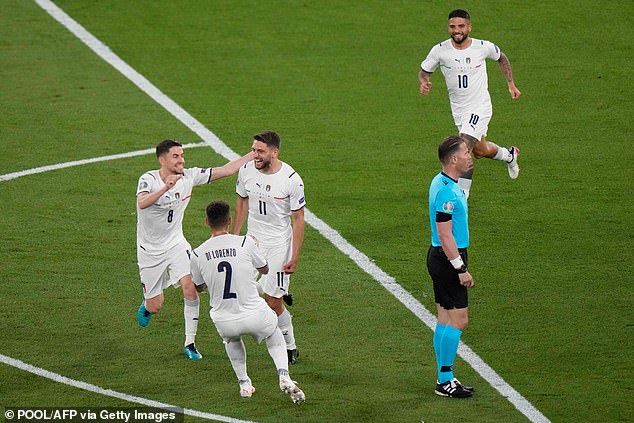 After a goalless first half, a Merih Demiral (not pictured) own goal eventually saw Roberto Mancini’s men break the deadlock

And speaking on BBC One after the game, former Arsenal, Barcelona and Chelsea midfielder Fabregas insisted Italy were deserved winners at the Stadio Olimpico.

Asked how impressed he was, Fabregas – who won Euro 2008 and 2012 with Spain – said: ‘Very impressed, they did what they had to do in the second half. They had to keep going and keep it moving quickly, make deep runs.

‘Turkey could not keep hold of the ball, the worst thing you can do when you defend like that is just kick it out and not have the ball for 10 seconds because they eat you alive.

‘The little runs Immobile was doing were fantastic, Barella and Jorginho were excellent again in the second half. It was very well deserved. 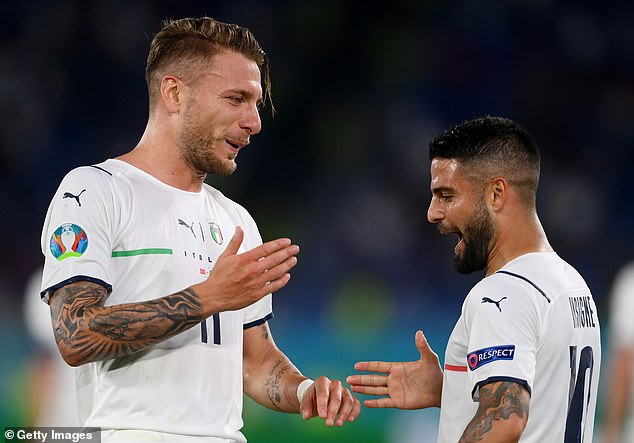 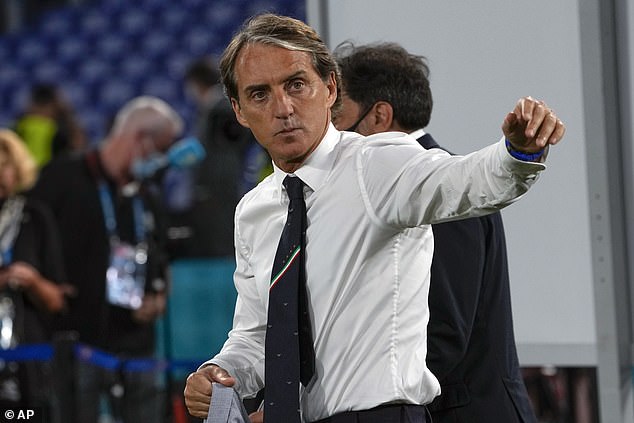 ‘Immobile’s movement is brilliant, he kept going. He has the passion to keep trying his best. The team is the team but the striker is the one who wins you the tournament.’

Former England defender Rio Ferdinand believes Italy’s performance will have silenced any doubters of their chances at the tournament, and believes the tournament is yet to see the best of Mancini’s men with the likes of star midfielder Marco Verratti to still come in.

‘It [the performance] will make other teams sit and stand up and know they will have to perform against Italy,’ the former Manchester United centre-back said.

‘Tactically they got it spot on in a system that works for them. They were good in and out of possession in a system which changes, which can make it difficult for opposing teams and individuals. They have players who are executing the game plan very well. 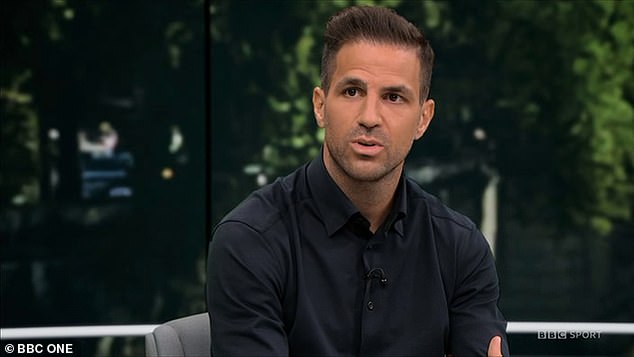