England vs Germany: Joachim Low caught picking his nose before appearing to LICK


Snot again! Joachim Low caught picking his nose before appearing to LICK his finger during Germany’s defeat by England at Euro 2020… as fans react to boss’ ‘shenanigans’ during his final match in charge

As Joachim Low‘s tenure as Germany manager ended in despair following defeat to England at the Euros, he made sure he left fans squirming one last time due to his strange pitchside antics.

Germany were dumped out of the Euros at the last-16 stage by England on Tuesday evening as second-half goals from Raheem Sterling and Harry Kane sealed a memorable 2-0 win at Wembley for the Three Lions.

And with the seconds ticking down, with Low’s reign as Germany boss drawing to a disappointing and emotional end after a successful 15 years in charge, the manager sent fans into a frenzy after his personal habits were caught on camera once more. 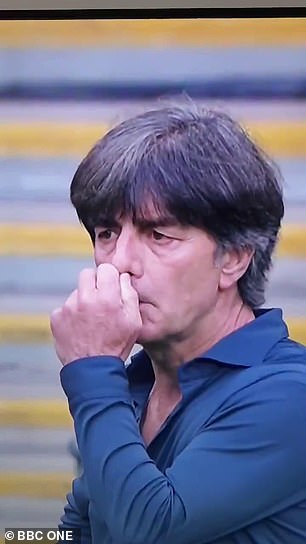 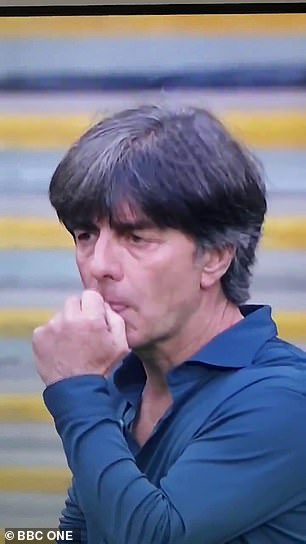 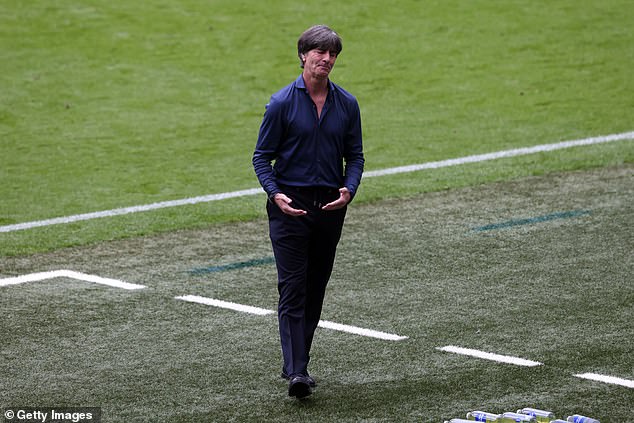 Eagle-eyed viewers spotted Low playing with his nose as he watched the play unfold at Wembley.

And just moments later, the departing Germany boss appeared to then lick the same hand.

Images immediately started to circulate on social media, and fans were quick to react to Low’s actions.

Former Super Bowl champion Will Blackmon joked on Twitter on Tuesday evening:  ‘Joachim Low is back to his shenanigans again’, alongside a laughing emoji.

Alongisde a video of the unpleasant action, one football fan amusingly wrote: ‘None of us will miss Joachim Low at major tournaments.’

Someone else joked: ‘Low tasting defeat’, while one other fan said: ‘What is it with #JoachimLow and sticking his fingers where they shouldn’t be and sniffing and tasting.’

The Germany manager has been caught getting up to some unhygienic habits on the touchline before.

During Euro 2016 against Ukraine, TV cameras caught Low reaching down his trousers before sniffing his fingers.

Low has also repulsed fans by picking his nose and eating his bogies previously, once doing exactly this before shaking hands with Cristiano Ronaldo at the 2014 World Cup. 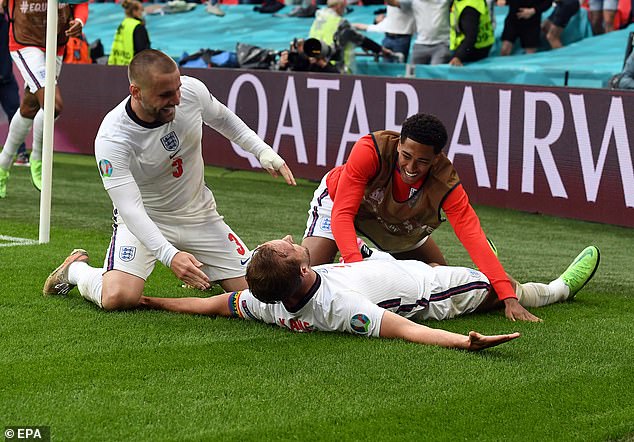