Athletic Bilbao substitute Nico Williams struck late in the second half to give the Spanish Super Cup holders a 2-1 come-from-behind win over LaLiga champions Atletico Madrid in Thursday’s semi-final.

Bilbao set up a showpiece clash on Sunday against Real Madrid, who beat Barcelona 3-2 on Wednesday.

After a slow-paced first period in Riyadh’s half-empty King Fahd stadium the teams woke up when Atletico went ahead just past the hour with an own goal by Bilbao keeper Unai Simon. 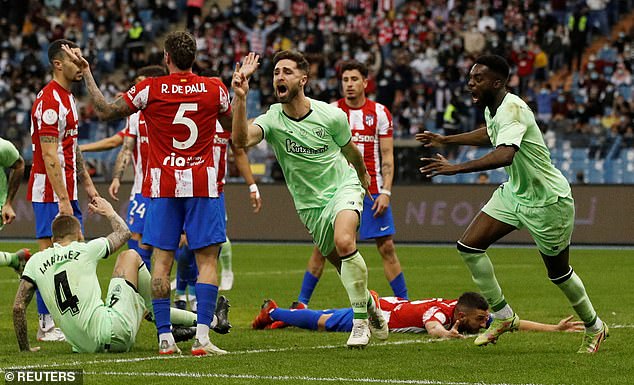 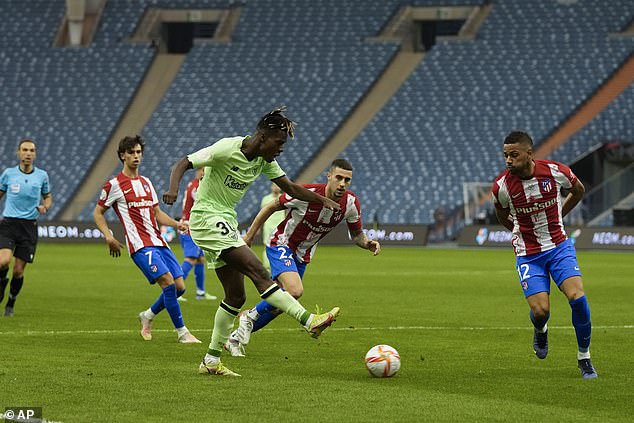 Thomas Lemar’s corner from the right was met by the head of Joao Felix whose effort struck the post, only for the ball to hit the back of the diving Simon and cross the line.

Bilbao equalised with another header from a corner as Yeray Alvarez found the net from close range in the 77th minute.

They then piled the pressure on Atletico, whose goalkeeper Jan Oblak made three excellent saves. 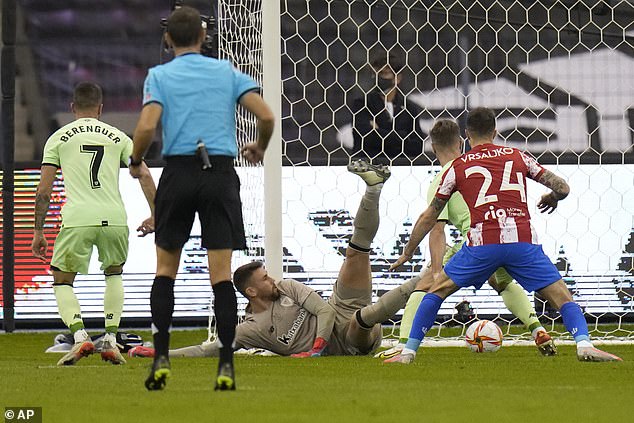 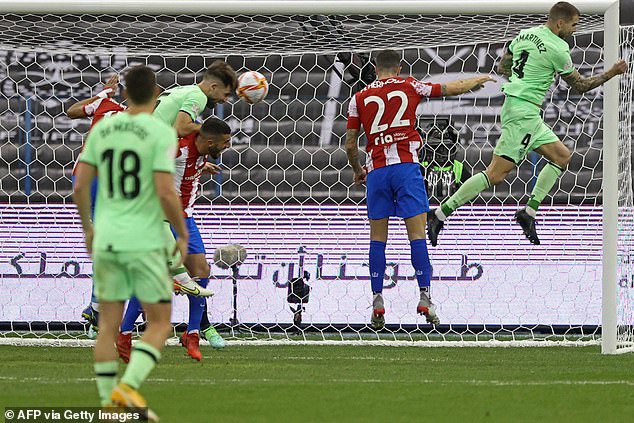 But even the outstanding Oblak could not keep out Williams’s low shot from a rebound on the edge of the area that went in off the post nine minutes from time.

Atletico defender Jose Maria Gimenez was sent off in stoppage time for a strong challenge on Inigo Martinez.

‘I have dreamed of this moment with my brother many times,’ Williams, younger brother of Athletic striker Inaki, told reporters.

‘Their goal was a hard blow, but we are as tough as nails and we know how to bounce back. We are prepared for any challenge and now we’ll face a tough opponent in Real Madrid. We go all-in and let’s hope we win another Super Cup.’ 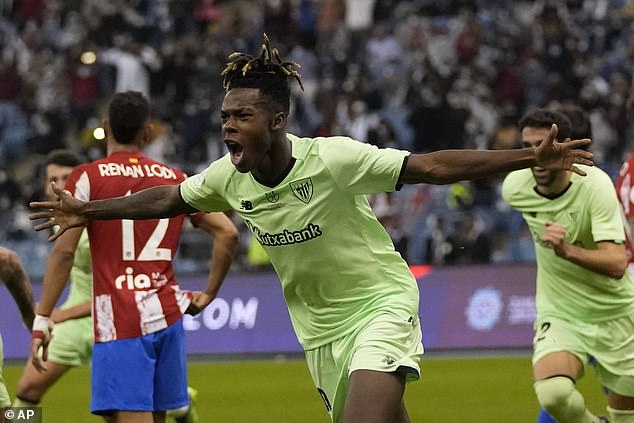 Williams, brother of Bilbao striker Inaki, said he had dreamed of that moment many time

Fourth in the LaLiga standings, 16 points behind leaders Real Madrid, Atletico are in a slump and pressure is mounting on their manager Diego Simeone.

‘We did not defend well, we have to work and get better,’ Simeone said in his pot-match press conference.

Read More:Atletico Madrid crash out of Spanish Super Cup after 2-1 semi-final defeat to