Bayern Munich confirm Niklas Sule is set to leave when his contract expires this summer after rejecting an extension offer from the German champions… coming as a major boost to interested parties Chelsea, Newcastle and Barcelona

By Oliver Salt For Mailonline

Bayern Munich chairman Oliver Kahn has confirmed Niklas Sule will leave the club when his contract expires this summer.

Sule, 26, has spent the last four-and-a-half years at Bayern after completing an £18million move from Hoffenheim in 2017.

The Germany defender’s time in Munich has certainly been successful, with four Bundesliga titles, two DFB-Pokals and the Champions League to show for 158 appearances in all competitions. 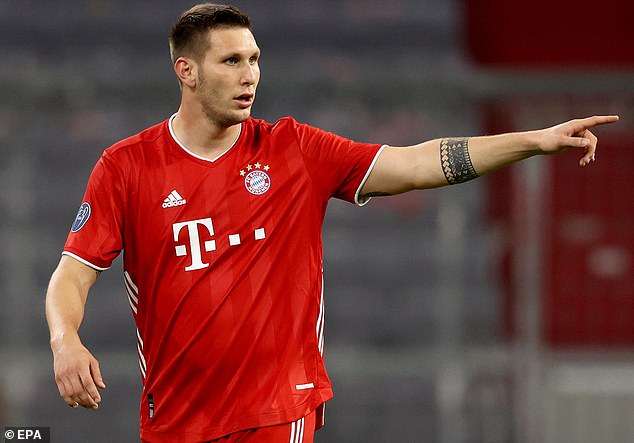 However, with his contract up at the end of June, Sule is now planning to leave the Allianz Arena on a free transfer after failing to reach an agreement with the club over an extension.

Former Bayern goalkeeper turned CEO Kahn revealed on Wednesday: ‘We made him an offer, which he told us he didn’t accept. He wants to leave the club at the end of the season.’

Sule is unlikely to be short of offers this summer, as reports suggest Chelsea, Newcastle and Barcelona are all interested in snapping him up on a free.

Chelsea are on the hunt for reinforcements at the back amid doubts over the future of three key defenders. 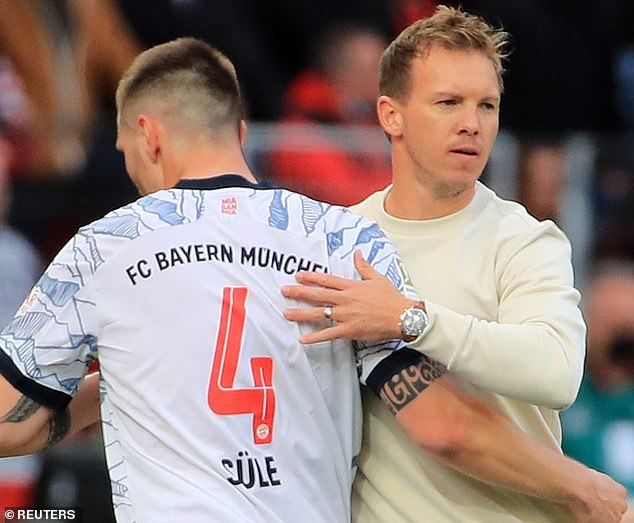 Sule, 26, will not be renewing his deal with Julian Nagelsmann’s side after rejecting an offer

Antonio Rudiger, Cesar Azpilicueta and Andreas Christensen, who is reportedly on Bayern’s radar, all have just five months remaining on their current contracts, meaning they are set to walk out of Stamford Bridge free of charge in July.

Newcastle, meanwhile, now have the funds to attract a player of Sule’s quality in the summer transfer window following their £300million Saudi takeover.

Yet their hopes of landing the centre-back will of course rely on Eddie Howe’s side avoiding relegation to the Championship, which remains a grim possibility with the Magpies down in 18th.

As for Barcelona, the cash-strapped club are eyeing free transfers and loans amid their financial crisis, making Sule an ideal defensive target for Xavi and co with his Bayern contract up.