Manchester United’s Mason Greenwood spends THIRD night in cells after being re-arrested on suspicion of sexual assault and threats to kill against student, 18, he is already accused of raping and assaulting

By Jack Newman and Henry Martin For Mailonline

Mason Greenwood has been further arrested on suspicion of sexual assault and threats to kill, with the Manchester United star already accused of rape and assault.

Detectives have been granted additional time to question the England striker who spent a third night in jail after first being detained on Sunday.

The 20-year-old was arrested after distressing pictures and audio circulated on social media alleging he attacked an 18-year-old student.

After dozens of hours of interviews, police are now quizzing him over two more serious allegations.

Police said in a statement on yesterday evening: ‘Detectives have been granted further additional time to speak to a man in his 20s who was arrested on suspicion of rape and assault of a woman.

‘The suspect was detained in custody on Sunday afternoon after we became aware of online social media images and videos posted by a woman reporting incidents of physical violence.

‘He continues to be questioned after magistrates authorised an extension until tomorrow [Wednesday].

‘Following enquiries so far, he has since been further arrested on suspicion of sexual assault and threats to kill.

‘Enquiries are ongoing and the victim continues to be offered specialist support.’

Following the update, United released a statement: ‘Manchester United reiterates its strong condemnation of violence of any kind. As previously communicated, Mason Greenwood will not train with, or play for, the club until further notice.’ 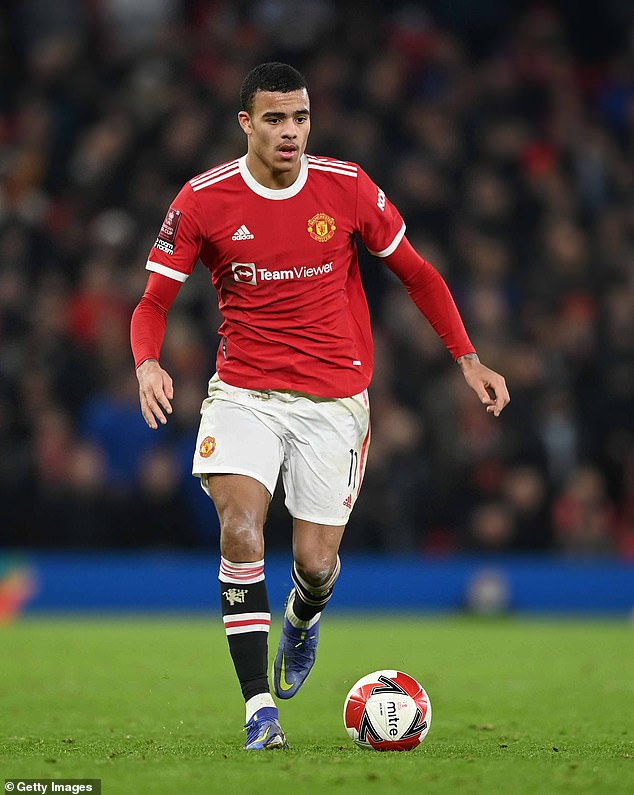 Police have rearrested Mason Greenwood on suspicion of sexual and assault and threats to kill, with the Manchester United star already accused of rape and assault

It comes after the striker was removed from FIFA 22 in an update on Tuesday.

After a database update for all platforms including Xbox, PlayStation and PC, the Manchester United striker no longer features in the popular computer game for offline modes.

But his FIFA 22 Ultimate Team item is still active and can be swapped on the game’s FUT 22 transfer market, the Manchester Evening News reports.

Meanwhile, United’s most high-profile players, including David de Gea, Cristiano Ronaldo and Paul Pogba have appeared to unfollow Greenwood on…