By Craig Hope for MailOnline

Eddie Howe says he has taken a risk by including Callum Wilson in Newcastle’s 25-man squad after revealing the striker’s injury will keep him out until the ‘last few games’ of the season.

The 29-year-old spoke last week of his surprise that the club did not sign another forward during the January transfer window, hinting then that his calf and Achilles problem was more serious than first thought.

Wilson is only just walking unaided after suffering the injury during the 1-1 draw with Manchester United on December 27. 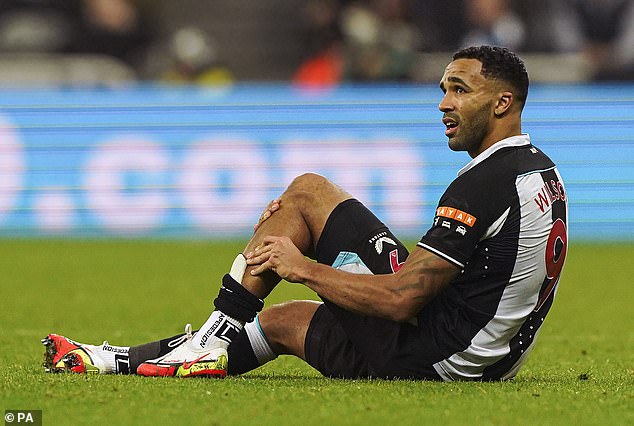 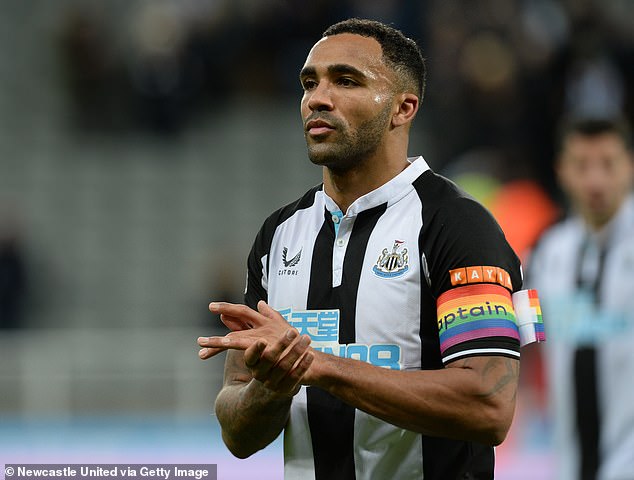 And, with no definite return date in sight, Howe admits it is a gamble keeping his top goalscorer in the squad.

‘We were never going to leave Callum out. We feel he can come back and play a huge part at the end of the season,’ said Howe, whose side are one point from safety with 17 matches to play.

‘We are taking a slight risk in that because he’s not fit at the moment. I felt it was a risk worth taking.’ 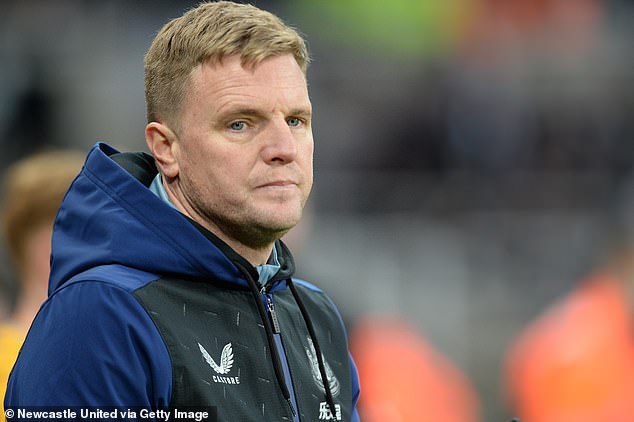 Howe added: ‘There’s a time when he’s due back but, as always with these types of injuries, it is not absolutely clear. We’ll go more on how he feels rather than a specific time given by the physios or doctors.

‘It’s been slow progress for him since the initial injury. He’s been on crutches. I think he’s come off those crutches now and is walking normally, which is a big step.

‘When he comes back, he’s got to be fit and ready to give his best. I don’t think it’s going to be short-term. Hopefully he can make the last few games of the season and really help us in a key moment.’

However, when both deals collapsed, Howe was left with new signing Chris Wood and Dwight Gayle as his only fit strikers.

Read More:Newcastle’s survival hopes rocked with Callum Wilson out until the last few